Öræfasveit is sometimes said to offer both the best and the worst that the Icelandic climate can offer. Skaftafell has more days of calm weather per year than anywhere else in Iceland,while nearby Kvísker has one of the highest volumes of rain. To experience contrasts in climate as much as in the landscape,Öræfasveit is definitely the place to go. 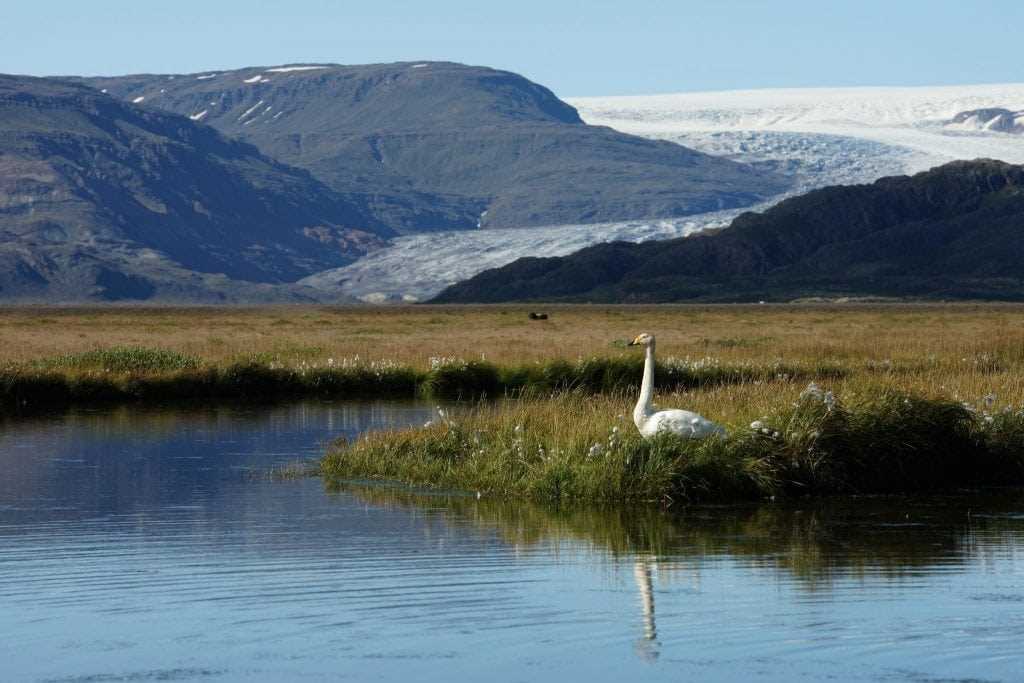 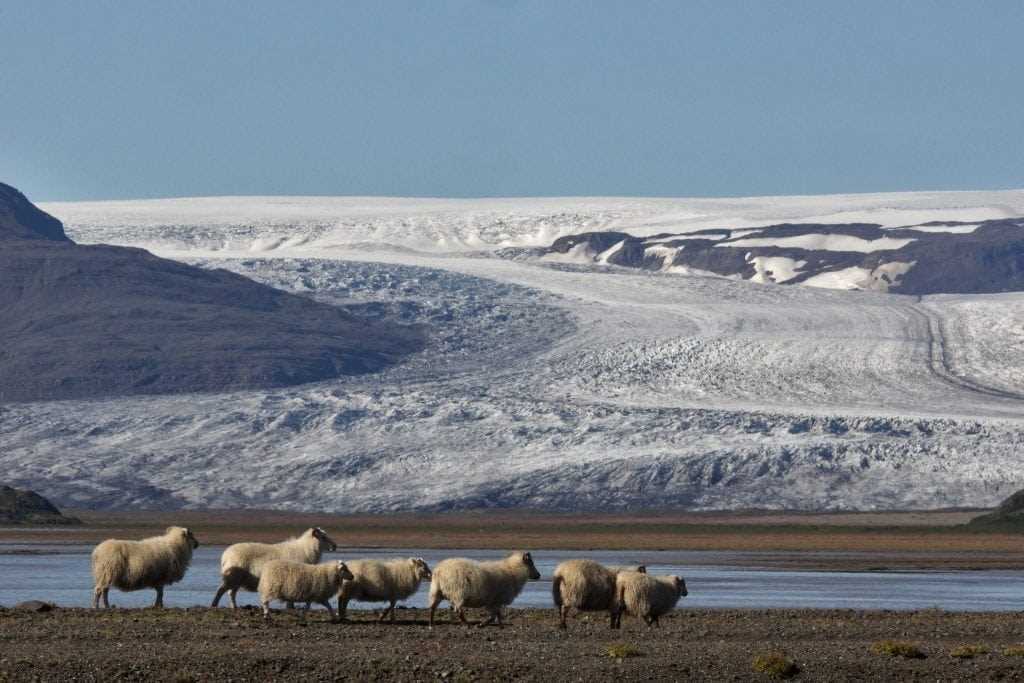 One form that the unpredictable climate takes is raging storms that come down from the glacier. When one such storm struck Svínfell recently it smashed more than 40 windows and tore roofs off buildings, while absolute calm reigned on neighbouring farms. Bearing this in mind, it is not surprising that one of the favourite topics of conversation in Öræfasveit is the weather – and how much worse it always is on the next farm! 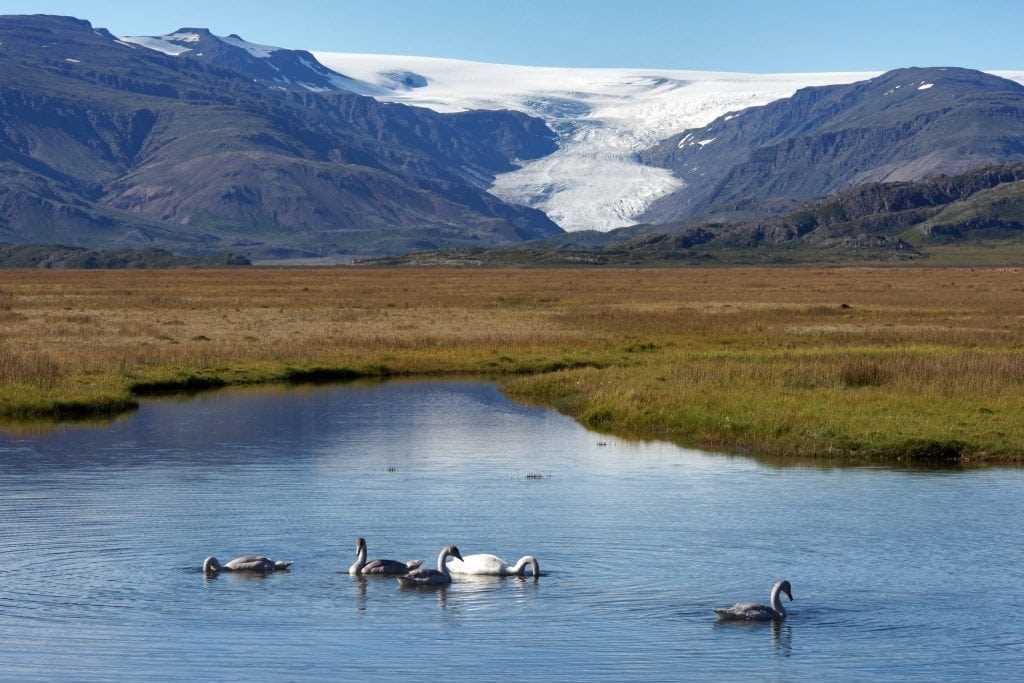 The landscape of Öræfasveit has been shaped over the centuries by creeping glaciers, glacial rivers and volcanic eruptions. In combination, these forces have left their mark on the landscape, endlessly building up expanses of black sand, carving out valleys and threatening human habitation. Man’s close cohabitation with the forces of nature in Öræfasveit was put to the test in 1996 when a glacier burst swept away a 200-metre section of bridge over the river Skeiðará, the bridge over another river, Gígja, and a 10-km stretch of the Ring Road across the sands, causing millions of dollars of damage. The glacier burst was so powerful that it broke a gigantic iceberg from the rim of the glacier and did not drop it until it had almost reached the sea. Fortunately, not all glacier bursts are so dramatic. They previously occurred roughly every five years, but since 1996 they have become smaller and more irregular. 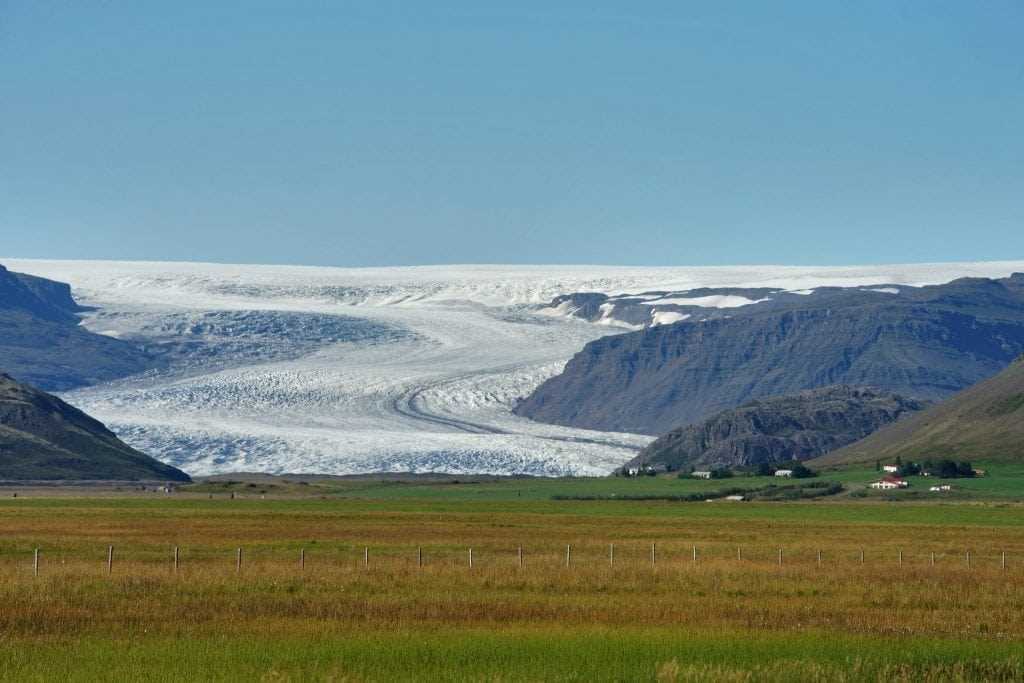 Glacier bursts sweep down huge quantities of mud and other bedload (around 100 million tonnes in 1996!) and each one adds to the outwash sands south of the glacier. These phenomena are such a distinctive feature of the local landscape that the Icelandic words for them – jökulhlaup (glacier burst) and sandur (glacial outwash sands) – have been adopted in international geological terminology, alongside the better-known geysir (geyser). An exhibition at the Skaftafell Park Service Centre is dedicated to nature and natural catastrophes in the region, highlighting in particular the Skeiðará glacier burst of 1996.