Reykjavík City Museum and The Icelandic Handcrafts Association will start the celebration
of the 100th anniversary of Icelands sovereignty 1 December 2018 in the historic house
Aðalstræti 10 in Reykjavík at 11:00. Members of The Icelandic Handcrafts Association will
assemble there in their national costumes to assist those that need help putting on their
costumes. 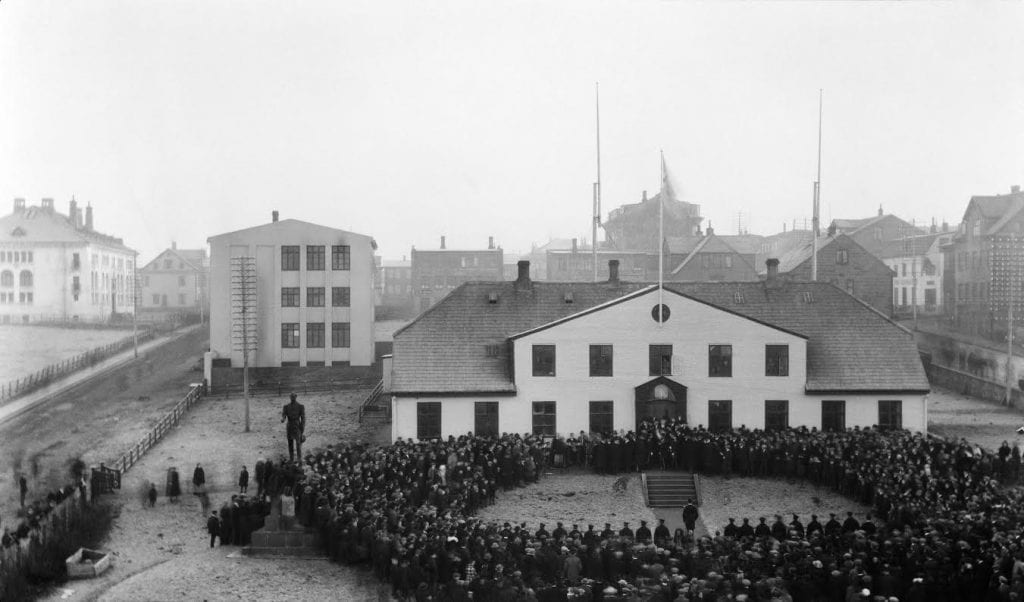 Thereafter at 12:30 everyone will walk from Aðalstræti 10 to the Government Offices
where the main celebration will take place. Katrín Jakobsdóttir, Prime minister, Guðni Th.
Jóhannesson, the President of Iceland, Margrethe II, Queen of Denmark, and Lars Løkke
Rasmussen, Prime Minister of Denmark will attend the centenary celebrations.
Aðalstræti 10 will be open between 11:00-17:00 on 1 December 2018. Costume
assistance will be from kl. 11:00-12:30. Aðalstræti 10 holds two interesting exhibitions
Reykjavík in 1918 and A Town of Turf Houses, both opened in May this year. Free
admission.
The Exhibition Reykjavík 1918 is a cooperative project of the National Museum of Iceland and the
Reykjavík City Museum in celebration of the 100th anniversary of Iceland&#39;s sovereignty. “Against
this dramatic backdrop, it seems hardly credible that people should have gone about their daily
lives in 1918; one would have thought they were too busy coping with the fallout from events to
have time for love, work, daydreams or suffering. But just as we get on with our lives today in
spite of the news breaking around us, so the citizens of Reykjavík pursued their daily round in the
small but rapidly growing Icelandic capital, as witnessed by the photographs in this exhibition.”
Sjón – the author of the texts in the exhibition.
A Town of Turf Houses focuses on turfhouses in Reykjavík from the beginning of the settlement
until the early 1900. Curator: Hjörleifur Stefánsson, architect.
Aðalstræti 10 is part of Reykjavík City Museum – one museum in five unique places.