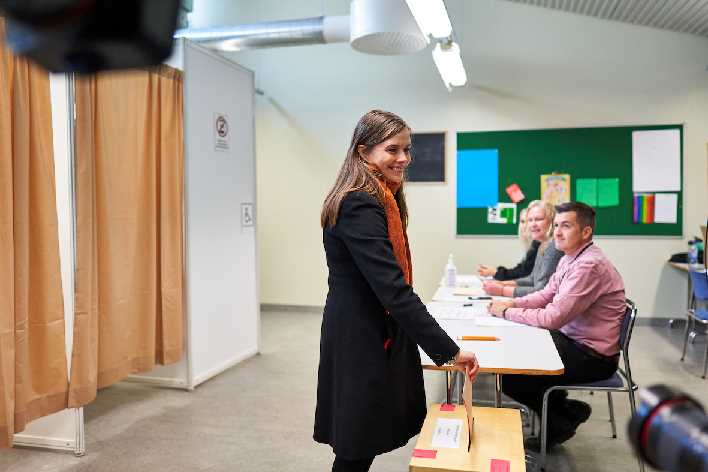 The Prime Minister Katrín Jakobsdóttir voted in Hagaskóli in the western part of Reykjavík. She said the choice had been easy in the polling station.

Elections to the Icelandic Parliament, the Althingi, are taking place today, with 63 seats being contested. There are 254,681 on the national electoral roll and voting takes place in 6 constituencies. The most populous is the Southwestern constituency with 29% of voters, while the least populous is the Northwestern constituency with 8.5% of voters. 18% of voters are in the North and South Reykjavík constituencies, while 15% are in the Southern constituency and 12% in the Northeast constituency. According to the latest opinion polls, a record nine parties will win seats in the Althingi. Prime Minister Katrín Jakobsdóttir’s three-party government is likely to fall, according to opinion polls. About 20% of voters or about 50,000 people have voted early, which is also a record. The final election results are not expected to be available until noon tomorrow, Sunday. 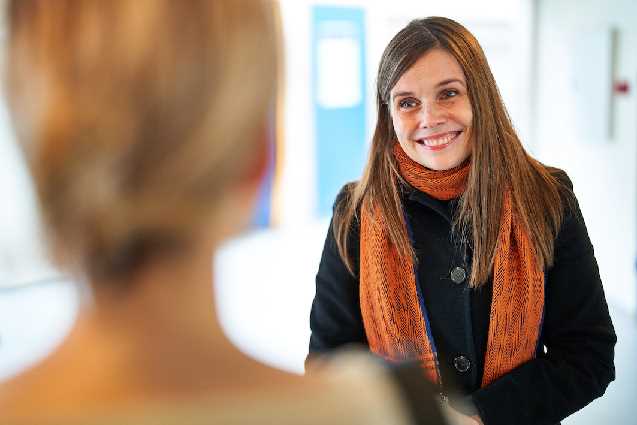 Prime Minister Katrín Jakobsdóttir told reporters after the election that she was optimistic on behalf of her party, Vinstri Græn (The Green Party). The big issue after the election would be to get Iceland back on track after the pandemic. There was a lot of work to be done, and she was not afraid to lead that work.