Although having a stunningly low crime rate and a first place ranking in the Global Peace Index as the most peaceful country of all, Iceland is not without a gory history. Anyone who has read a few pages of the bloodstained Sagas knows this, where newly introduced characters rarely survive to see the next page. But tales of shocking cruelty and torture are rare, making the reports of a 16th century serial killer named Axlar-Björn unique.

Though the existence of this man and his horrendous acts are undisputed, the details regarding the course of his life are somewhat conflicting between various sources, some of which date back more than 400 years. Admittedly, the chronicle has a tincture of folktale-feel about it, but the fact remains that Axlar-Björn is the most notorious serial killer Iceland has ever seen. His killing spree lasted for several decades before he was executed in 1596. 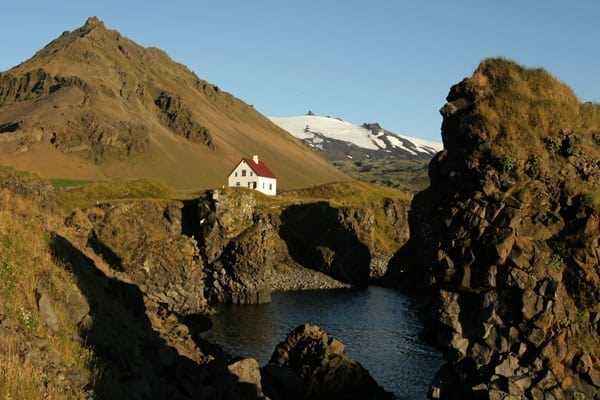 Born in 1555 in one of Iceland’s most scenic areas on the beautiful Snæfellsnes Peninsula, Björn did not differ from his two older siblings the first years of his life. His mother, however, is said to have suspected early on that her child was not right, even as she carried him in her womb. She endured horrendous dreams during the pregnancy and suffered from the unconventional cravings for human blood. Her husband drew blood from his foot to quench her thirst but she eventually confided in him, admitting that she feared that the child she carried might not be righteous.
Björn’s father, Pétur, was a ploughman for a man named Ormur, from the farmstead Knörr. Ormur was rich and influential in the community. The two men were good friends and so it was decided that Ormur would foster Björn when he was four years old, as was common practice to support needful families during hard times. Björn was well cared for in his new home and became good friends with his stepbrother, Guðmundur.

Björn’s character disorders began to appear in his teenage years when he became bad-tempered and closed-off. Folklore claims that he played truant at mass one Sunday, instead falling asleep and dreaming of a man offering him a plate with pieces of raw meat. He greedily gobbled the meat bites, one after another, but after the eighteenth bite he felt nauseated. The same man then instructed him to go to Mt. Axlarhyrna to find an instrument that would serve him well in the years to come. Sure enough, this is where he is said to have found the axe that he later used to slay his victims. Shortly after, the cowman on the farm disappeared and was never seen or heard from again. 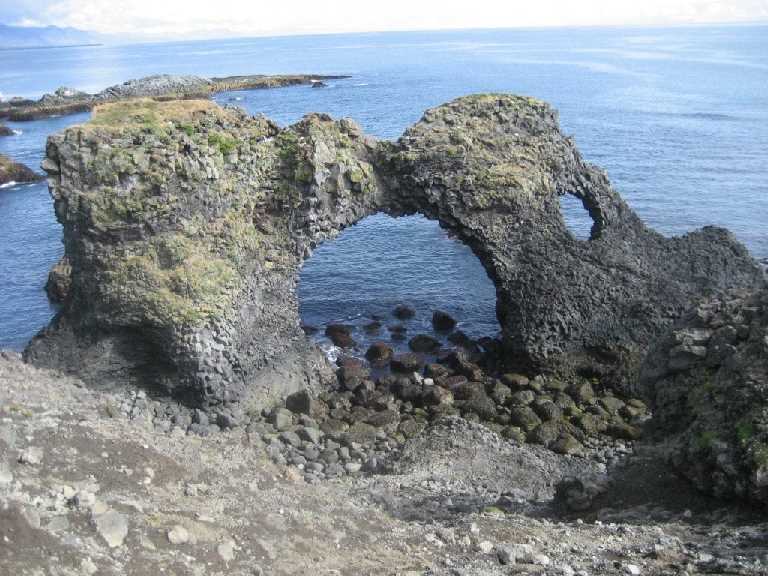 The Rising of a Serial Killer

After the passing of Ormur, Guðmundur’s wealth and heft grew over and beyond his father’s. He built his stepbrother the farmstead Öxl (genitive Axlar) which Björn drew his cognomen from after settling there with his wife, Þórdís. Visible from the main road, the farmstead’s charming exterior attracted unwary travellers, many of whom became Björn’s prey. In addition to fulfilling his homicidal tendencies, he is believed to have stole valuables and horses of his victims, mainly due to the couple’s flush lifestyle which contradicted their earnings.

Björn’s compatriots had long suspected that something was off on the farmstead but his stepbrother’s influence resulted in lack of further investigation. And so Björn was left undisturbed to practice his atrocious acts for years, brutally murdering men, women and children. He disposed of the dead by sinking their chopped up bodies in a deep mere on the premises, called Ígultjörn.

An old lady is said to have lulled an infant to sleep with the following verse in the sitting room at Öxl, as advice for a couple of wayfarers that were considering staying the night:

None should lodge with Gunnbjörn
who has the fancy clothes.
He takes them to Ígultjörn mere.
Blood flows
down the road
and I rock you child, until you doze.

Sources vary as to what led to the discovery of the horror in 1596, but it appears that one of his intended victims got away to alert the authorities. Some sources claim that the survivor was a mother of two, who barely escaped with her life after losing both of her children to Björn’s rampage. Others tell of travelling siblings that stayed the night at Öxl, and before escaping, the brother hid in the sewage as Björn butchered his sister.

To this day, the number of Björn’s victims remains uncertain, although many sources agree on the number 18. Björn himself only admitted to 9 murders but investigators’ findings, mainly the human remains in the mere, suggest there were far more. Björn’s claim that he had found the additional bodies and disposed of them to relieve himself of inconveniences, was deemed unbelievable.

A Bloodline of a Butcher

Björn named his wife as his accessory and so they were both sentenced to death. Björn’s execution was gruesome and slow. First his limbs were shattered with a sledgehammer and then cut off, along with his head, and stringed to poles. His private parts were cut off and tossed to his wife’s lap, but her execution was postponed as she was with child at the time. There are no records to conclusively warrant that her sentence was ever enforced.
Later that year, Þórdís gave birth to their son who was called Sveinn skotti Björnsson. He inherited his father’s evil nature and was hung in 1648 when found guilty of a rape attempt. He had spent his life wandering the country committing numerous heinous crimes. The same fate was dispensed to his son, called Gísli hrókur Sveinsson, who was also hung for his crimes in Dyrhólaey.

Amazingly, there is an inhabited farm called Öxl standing right where these horrific events took place. If you are intrigued, a visit to this historical site would be well worth your time. Another interesting site close by is Laugarbrekkuþing, the place of Björn’s execution.
Of course, a visit to these sites would make for an opportune moment to explore the outstanding landscape of the stunning Snæfellsnes Peninsula – and give you a unique chance to absorb the local hospitality while at it.