Commerce between Iceland and Russia

Commerce between Iceland and Russia – Continuous trade since 1953

Icelanders expanded their fisheries jurisdiction from three miles to four on 15 May 1952. As a consequence, fishing operators in Grimsby and Hull prohibited Icelandic ships to unload their catch. Discussions between officials from both countries were taken up in London but these produced no results.
Tremendous interests were at stake because at the time, 80% of the wetfish catch went to the British market. A quick response was needed and it was decided to increase production of stockfish, saltfish and frozen fish but it was clear that this would not be enough. New markets would have to be found. Eventually, Iceland approached the Soviet Union; some commerce had taken place between the countries a few years earlier but this had come to a stop. 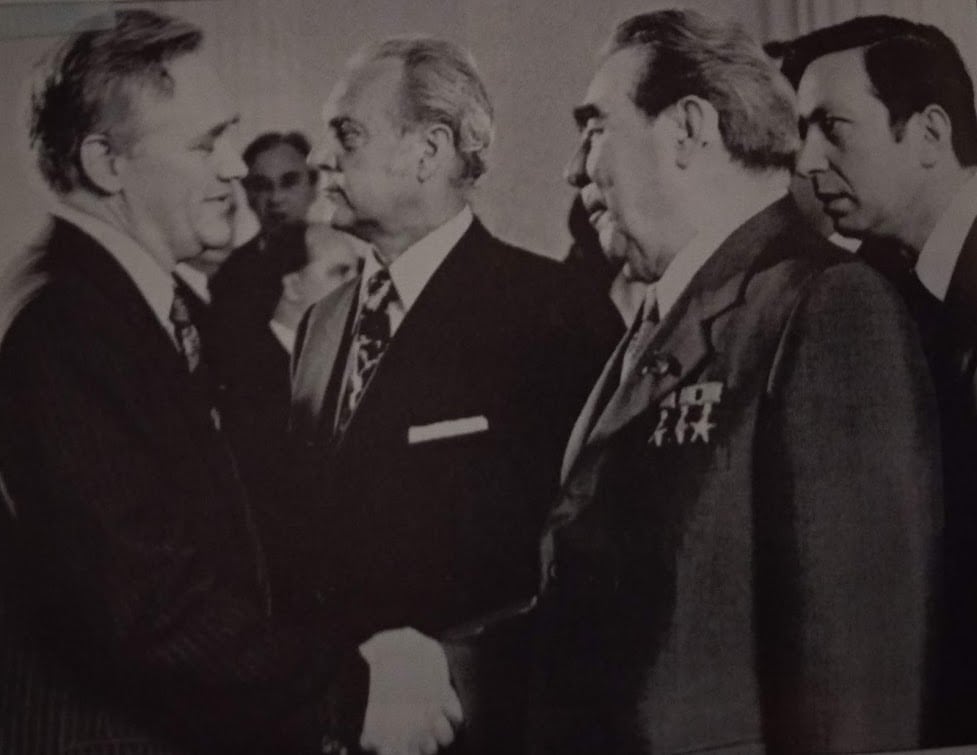 In the summer of 1953, trade discussions began between Icelandic and Soviet officials and an agreement was signed on 1 August. Bjarni Benediktsson, minister for foreign affairs, said on this occasion that for a country with as one-sided production as Iceland, it was necessary to ensure access to markets in as many places as possible so that the country would not be dependent on just one nation when it came to commerce: “It is my hope that this new position of the Soviet Union is an omen that relations between the countries will improve, not only as regards commercial interests but also other world affairs”. 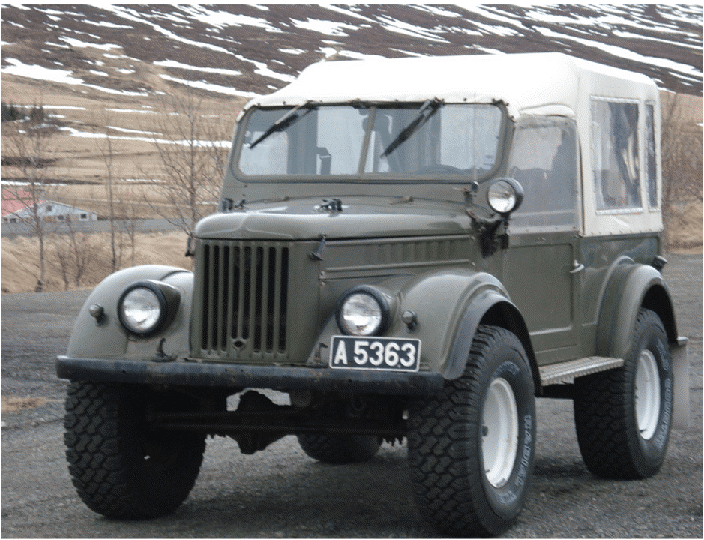 Moskvitch, Volga and GAZ 69
According to the agreement from 1953, the Soviet Union would in particular purchase herring and frozen fish, and in return, Iceland would buy various products from the Soviets, especially oil. For a while, all imported fuel was from the Soviet Union (whether it was sold under the brand name Shell, Esso or BP). In exchange for seafood products, Icelanders also received reinforcement steel, timber and other construction products. Furthermore, bran was purchased from Russia, as well as rye and potato flour. Purchases were negotiated which met the annual needs of Icelanders for these products.
The trade continued over the next years and it was not long before Soviet vehicles became a common sight on the roads of the country. First there was Pobeda, then Moskvitch, Volga and GAZ 69, which was always called “Rússajeppi” (Russia Jeep) in Iceland, and was popular all over the country. The Soviets did not only purchase fish from Iceland, though, but also tinned goods and wool products. Exports to the Soviet Union amounted to 12.6% of total exports in 1953 and went up to 15.2% the next year. This trade was of vital importance to the national economy during those years.
The trade with Russia caused people within NATO to worry. Some even thought that Iceland was falling into the arms of the Soviets and Britain was criticised for behaving harshly towards the Icelanders. Ólafur Thors was appointed prime minister in September 1953. He is once to have said that as a rule he never assumed people to be malicious unless he witnessed such behaviour from them. Iceland never let the assistance of the Soviets influence the country’s foreign policy and certainly the Icelandic products were very well received in the Soviet Union. 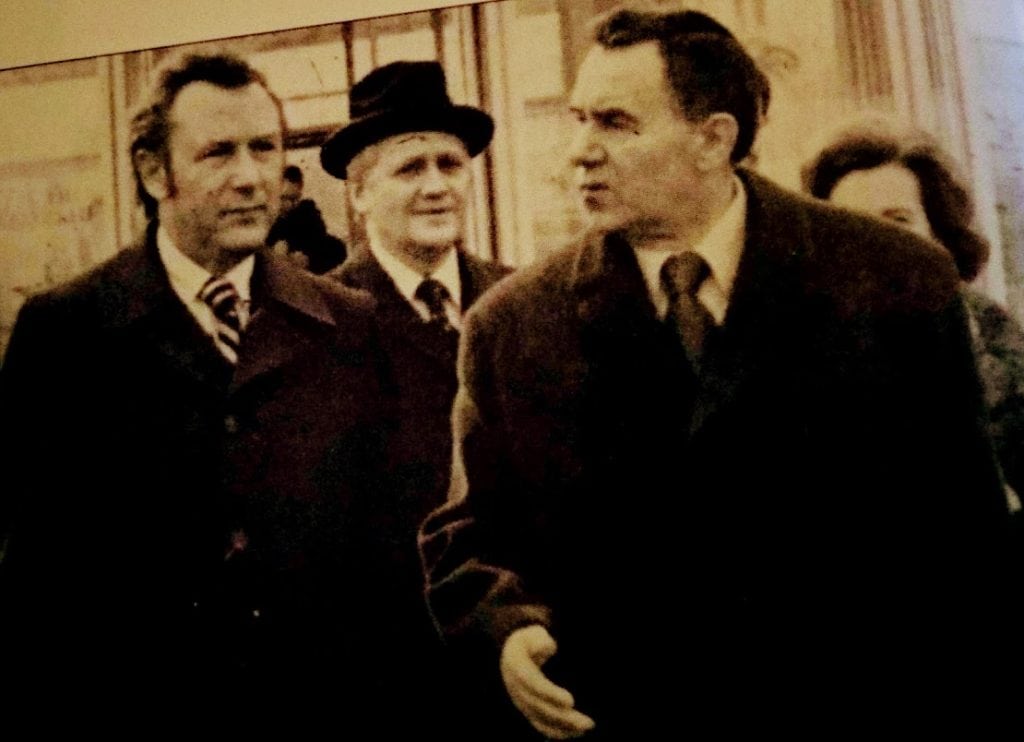 Ambassador with a permanent residence
The trade agreement strengthened the countries’ diplomatic relations and it was decided that Iceland’s ambassador in the Soviet Union would henceforth have a permanent residence in Moscow; for example, to facilitate the implementation of the trade agreement and prepare for its renewal. Over the next decades, the Icelandic embassy in Moscow had the unique position among Icelandic embassies that most of the operation consisted in looking after the commercial interests of Iceland.
The trade agreements between the nations were usually valid for four years and export companies in each country then concluded sales agreements with parties on both sides. The Icelandic embassy in Moscow played a key role here. If the Icelandic companies believed, for example, that oil and gasoline were being dispatched less readily than what had been agreed upon, it was the role of the embassy to put pressure on the Soviet companies and the same applied when Soviet importers complained that provisions in agreements concerning fulfilment and quality were not being adhered to. Complaints were never made in regard to wool products, but unfortunately it was too common for quality control to be relaxed when it came to seafood products sent to the Russian market and this of course negatively impacted Iceland in negotiations. Some Icelandic manufacturers did not seem to realise that the Soviet market was one of the best for Icelandic seafood products, as the Russians paid a higher price than was generally available in the world market. By the same token, they demanded high-quality products. 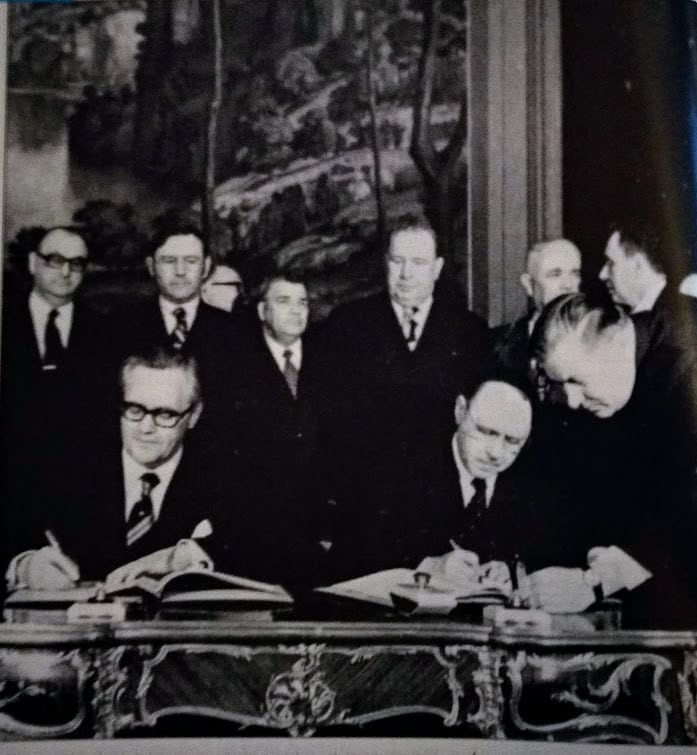 Clearing trade abandoned
Immense oil price hikes in the early seventies led to a high trade deficit between Iceland and the Soviet Union, to the disadvantage of Iceland; the oil was purchased at the global market price minus discount percentages which the Soviets granted to the Icelanders as an old and valued customer. Eventually, Ólafur Jóhannesson, minister for trade and justice, traveled to Moscow in the fall of 1974 to meet with Nikolai S. Patolichev, the Soviet Union’s minister for foreign trade affairs. Their discussions were successful as the Soviet Union agreed to purchase greater amounts of seafood products from Iceland to lower the trade deficit and the Icelanders agreed with the Soviets on a higher credit limit, loan and currency payments to cover the remainder of an account debt resulting from the trade deficit. 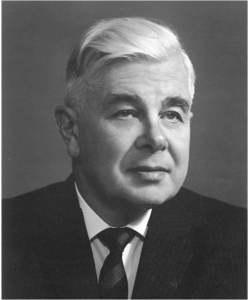 Ever since 1953 and into the mid-seventies, clearing trade had been conducted between the nations, but at this point in time, Vneshtorgbank, the foreign trade bank of the Soviet Union, made it a condition for solving the payment difficulties of the Icelanders that the clearing trade arrangement be abolished. The Icelandic representatives were not pleased with this and leaders in the fishing industry feared that without fixed quotas, the export of seafood products to the Soviet Union might be reduced.
A strange situation had thus emerged; that is, the Soviets had become proponents of free international trade but Icelandic capitalists were in favour of no change and continued clearing trade! The Soviets got what they wanted and as of 1 January 1976, all trade between the countries was conducted in a free, exchangeable currency. Exports to the Soviet Union increased during those years and amounted to 10.6% of total exports in 1975.
Hannes Jónsson was the ambassador in Moscow at the time and attended diligently to Iceland’s trade affairs. In 1975, Einar Ágústsson, minister for foreign affairs, traveled on a visit to Moscow, the first public visit to the country by an Icelandic minister for foreign affairs, and two years later, Geir Hallgrímsson became the first Icelandic prime minister to go on a public visit to the Soviet Union.

Paint for the anniversary of the Russian Revolution
Paint was among the products exported to the Soviet Union and, to name an example, in 1979 the paint 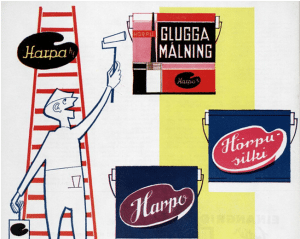 manufacturer Harpa sold 4,000 barrels of paint to the country. Exports consisted almost entirely of white paint, except for when in 1967, a considerable amount of paint was ordered in more colours because of the anniversary of the Russian Revolution in that year; the paint was used to make immense posters for celebrating the anniversary! Furthermore, Harpa sold quite a lot of black car paint to the Soviet Union. Harpa worked for three to four months a year on the export production and as regards quantity, it amounted to half of the overall production of Harpa. With this trade, Harpa managed to acquire currency to finance all raw material purchases for the production.
Magnús Helgason, general manager of Harpa, communicated with the Soviet Union because of his seat on the trade committee of the countries and he took the initiative in starting discussions with the Soviet Union’s minister for sports, who was in Iceland to attend the World Chess Championship in 1972, regarding whether the Soviet Union could provide a good coach for the soccer club Valur; Magnús was always a great supporter of the club. This came to pass and Youri Illitchev was hired as the coach of Valur. It may be said that he laid the foundation for the success of the club in soccer tournaments in the next years. Thus, the trade between the countries led to good relations in other areas. 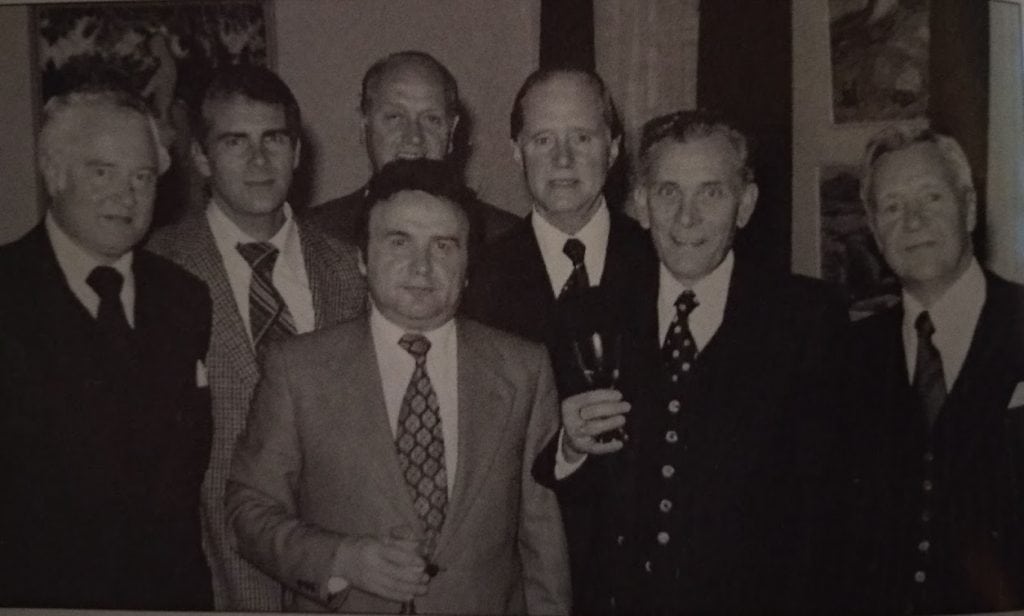 The trade strengthens friendship
Here, only very few aspects of the trade history of the nations over the past 65 years have been mentioned, and certainly the trade changed radically upon the fall of the Soviet Union and thus the abolishment of a centrally planned economy.
Even though the two nations have not been confederates, the friendly sentiments of Soviet heads of state have been of much importance to Icelandic interests in past decades. The Soviets were among the first to recognise the establishment of a democracy in Iceland in 1944 and it made a great difference to the national economy that a trade agreement was concluded between the nations in 1953 after the British prohibited Icelandic ships to unload their catch. That agreement was of much benefit to both countries. For the long term, the position of Iceland was strengthened following the ban on unloading. New markets were found and here the Soviet Union was of great importance. Iceland went on the offensive, new fish processing plants were built and great development took place in the freezing industry.
The Soviet Union was also of much support to Iceland in the country’s fishing disputes with the British and other European nations when the fisheries jurisdiction was expanded in 1958, 1972 and 1975. The trade strengthened relations in other areas and here, one could mention the agreement between the nations on cooperation in the areas of culture, science and technology from 1961 which greatly benefitted both Iceland and the Soviet Union.
In spite of different economic and social systems, relations were peacefully conducted for decades and in such a way that the leaders of the nations showed the utmost respect for each other and did not interfere in each others’ domestic affairs.