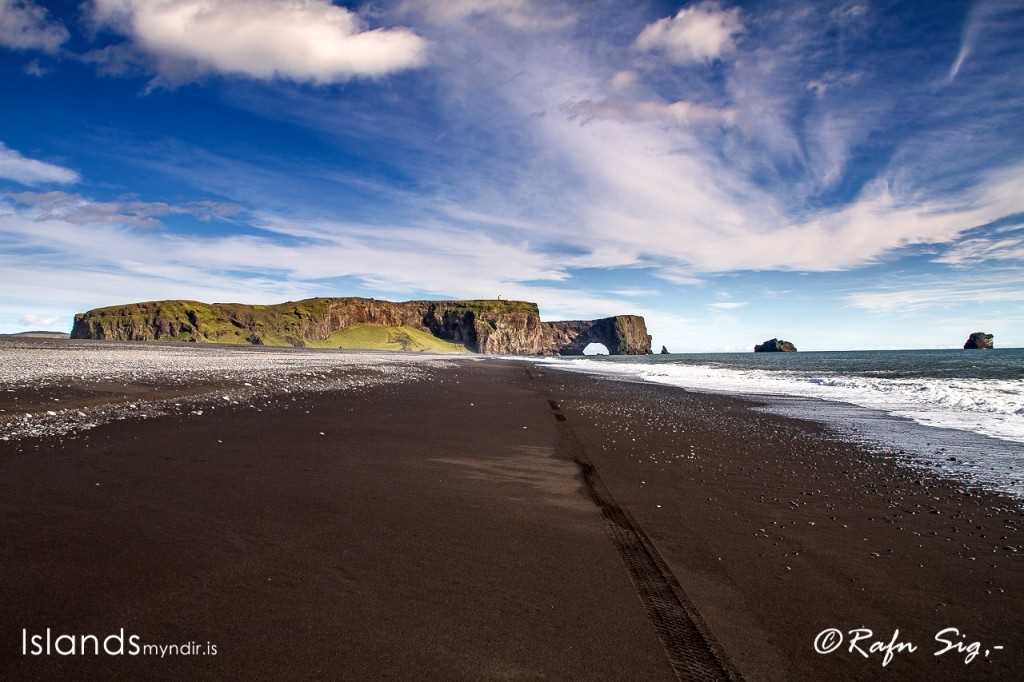 The small peninsula, or promontory, Dyrhólaey (120m) (formerly known as Cape Portland by English seamen) is located on the south coast of Iceland, not far from the village Vík. It was formerly an island of volcanic origin, which is also known by the Icelandic word eyja meaning island.