From Reykjavík to the east and west

From Reykjavík to the east and west 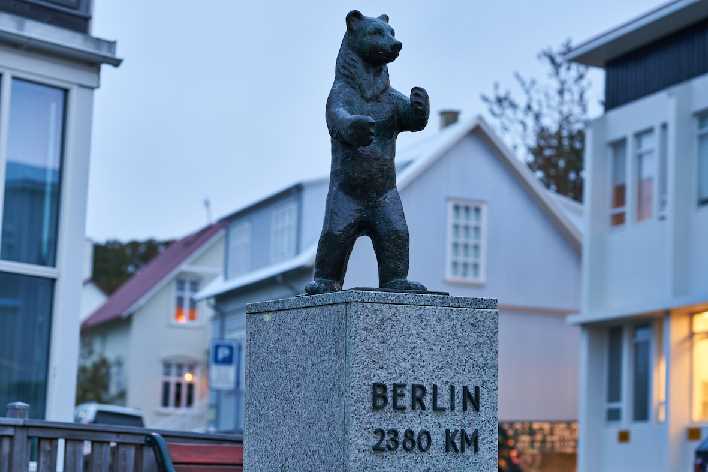 For the first decades, the Berlin Bear, the symbol of the German capital, wandered around Reykjavík. First, it had a home in Hljómskálagarður, then it was moved to Sóleyjargata. When the office of the President of Iceland moved to Sóleyjargata in 1996, the bear was moved to Hellusund. It has been there ever since.Reykjavík 07/10/2021 07:58 – A7R IV: FE 1.4 / 85 GM