When the price of fossil fuels is high and the pollution that such combustion emits into the atmosphere, it is excellent to have district heating like 89.6% of all housing in Iceland uses. The first real district heating was in Laugaskóli in Reykjadalur, Suður-Þingeyjarsýsla, but it was taken into use in 1924. The first district heating in Reykjavík was in Austurbæjarskóli. A 3 km pipeline was laid from Laugardalur to heat the school in 1930. Today Veitur operates thirteen district heating utilities, one in the entire capital area, five in the West, and seven in the South. The company serves up to 70% of the population, a truly giant company in its field in the world. The company distributes 89.9 million m3 of hot water per year. The length of district heating pipes is 3066 km / 1905 mi, from 78 utilized boreholes. The average annual consumption of Icelandic homes is 4.5 tonnes of hot water per square meter of housing. 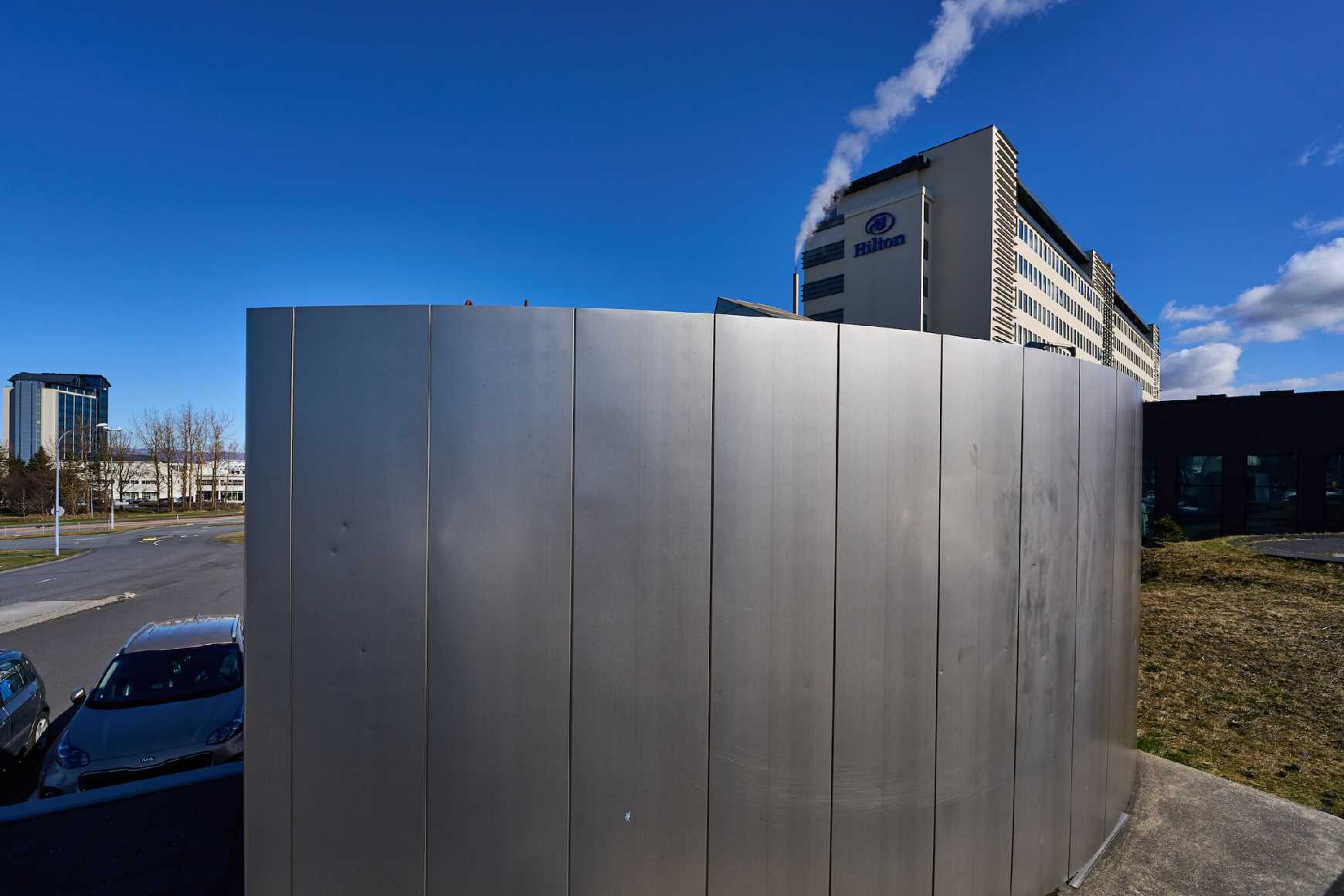 There is a borehole at the west end of the Hilton hotel by Suðurlandsbraut. 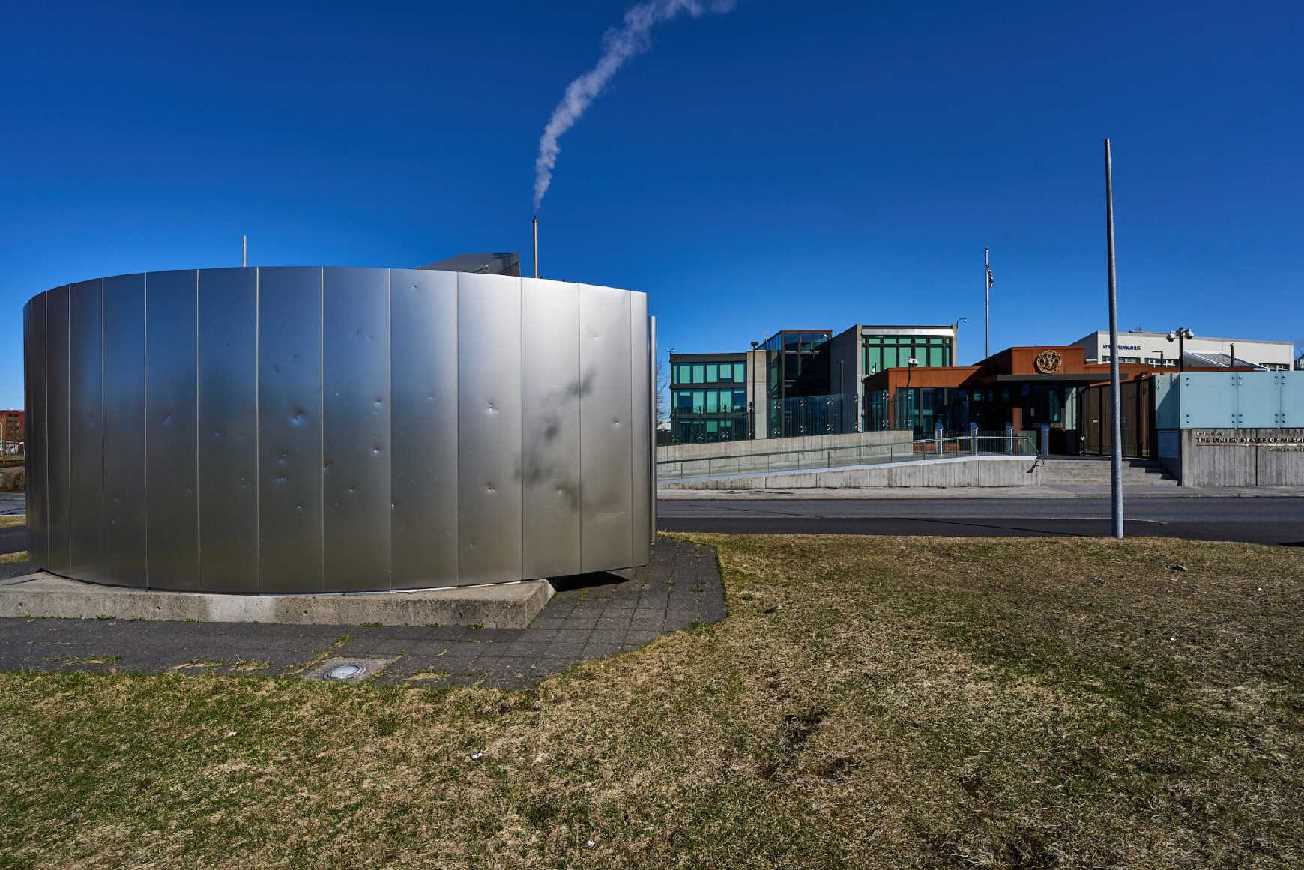 At the entrance of the American Embassy at Engjateigur is hot water well. 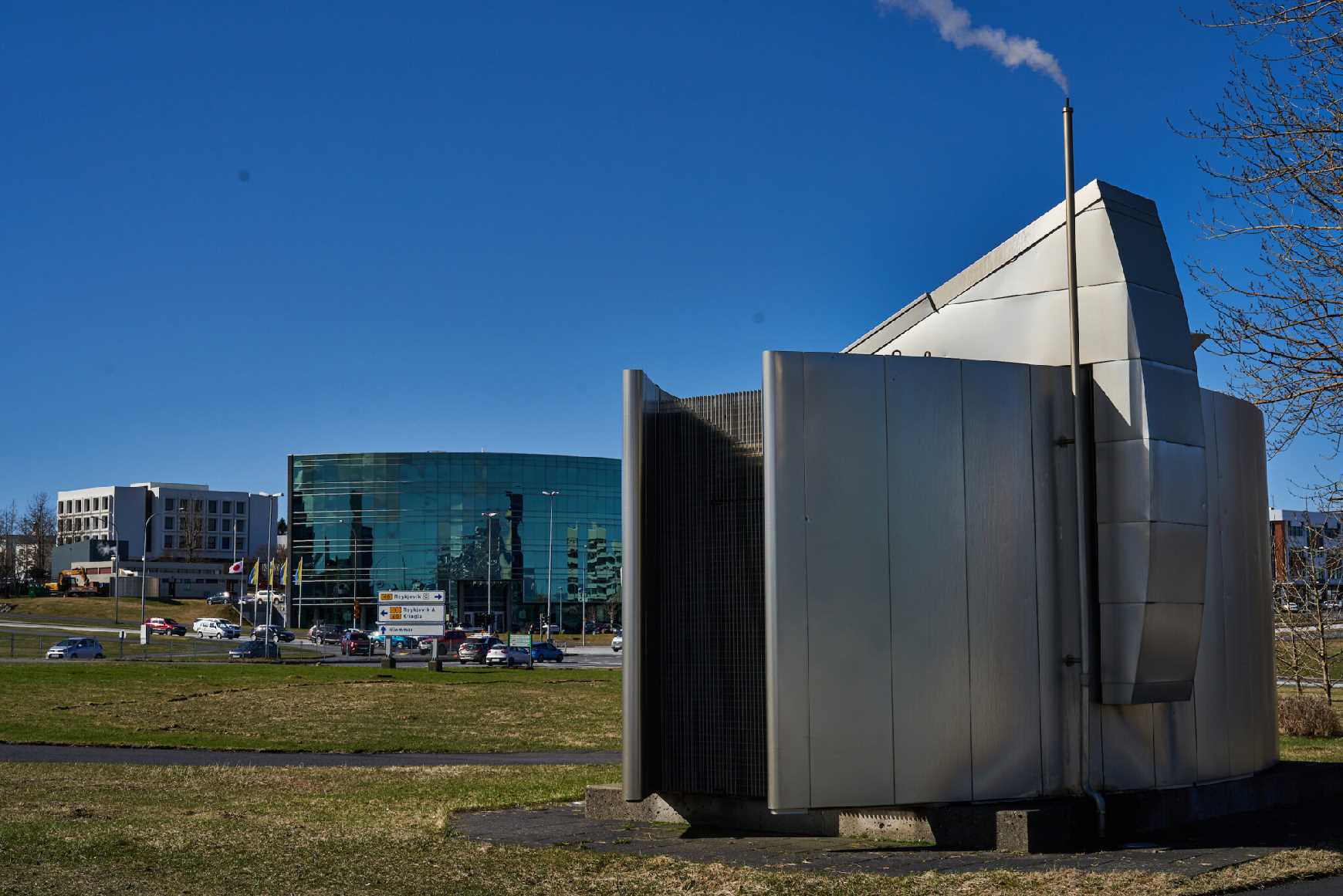 Borehole by Kringlumýrarbraut, the Japanese Embassy and Valhöll, the Independence Party’s headquarters, in the background 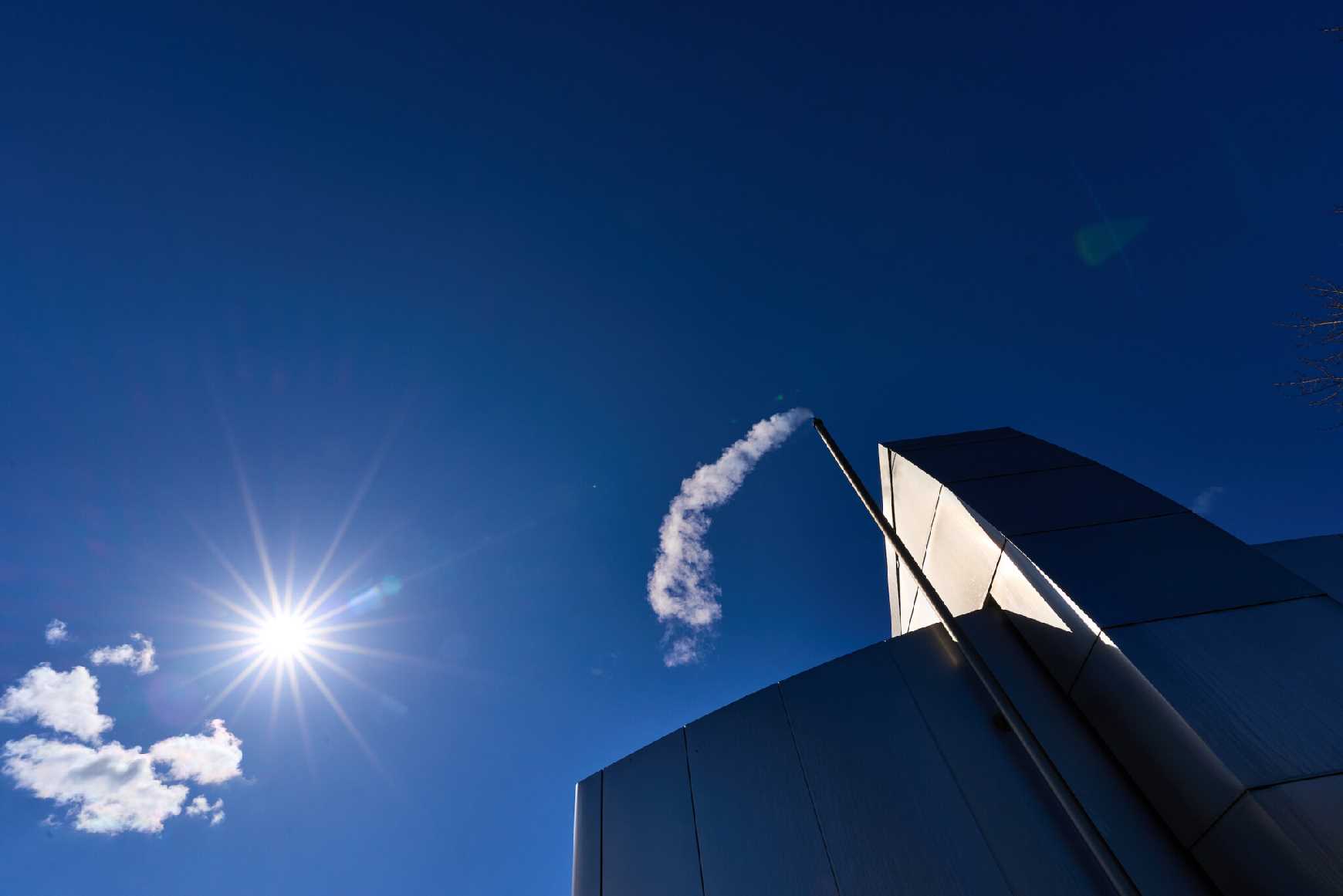 Solar energy and geothermal energy in the centre of Reykjavík