Hekla – The Gateway to Hell

Hekla – The Gateway to Hell

Hekla is, together with her girlfriend Katla, the best known volcano in Iceland. It is an impressive mountain, as it surmounts most of the southern plains of Iceland. One of the reasons for it being so well known both among natives and foreigners is its constant volcanic activity and frequent eruptions. But Hekla has also been known in Icelandic folk stories for centuries as a horrible place. 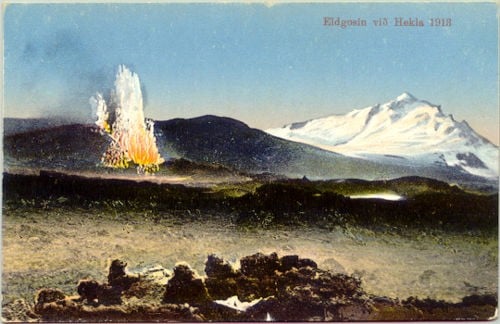 The Queen of Icelandic Volcanoes
When you are driving east from Reykjavik, a little after you have come down Hellisheiði heath you will see her if the sky is clear enough, as she guards the plains of the South. She may not be so high compared to many great mountains, measuring 1491 meters, but despite that nobody dared to climb her until 1750, when the naturalists Eggert Ólafsson and Bjarni Pálsson decided to climb the mountain to disprove certain rumours about Hekla. It had namely been believed for many centuries that on the mountain’s peak one could find the gateway to hell or even hell itself, because of Hekla’s volcanic activity. Bishops and clerks all around Europe had actually used the volcanic activity in Iceland, and especially of Hekla, as proof that underneath our grounds lived Satan himself.

In the times of Enlightenment those two true naturalists managed to rebut those rumours, seeing no signs of hell on the peak of the mountain. Hekla remains today a popular mountain for hikes, although one should check the weather (and the frequency of earthquakes in the area) before starting the hike. In spring, when she is covered in snow, it is popular to climb the mountain and then ski around the crater.

Nowadays Hekla cannot boast of a lot of vegetation, but she used to be quite forested, like so many other places in Iceland. Unfortunately, because of human intervention and frequent eruptions, those trees are more or less gone. Big sides of the mountains are covered with moss and there are some reforesting projects going on to restore the previous woodlands.

No one knows for certain what the name Hekla stands for. Two theories of its origin have been the most prominent. Firstly that it means a coat with a cap and secondly that it means a comb for linen. Hekla probably looked different in the days of the name’s origin than she does today, as all the eruptions have changed her shape. Therefore, it is not unlikely that the row of craters, back in the days of the settlement, was lower than today and similar to a comb. 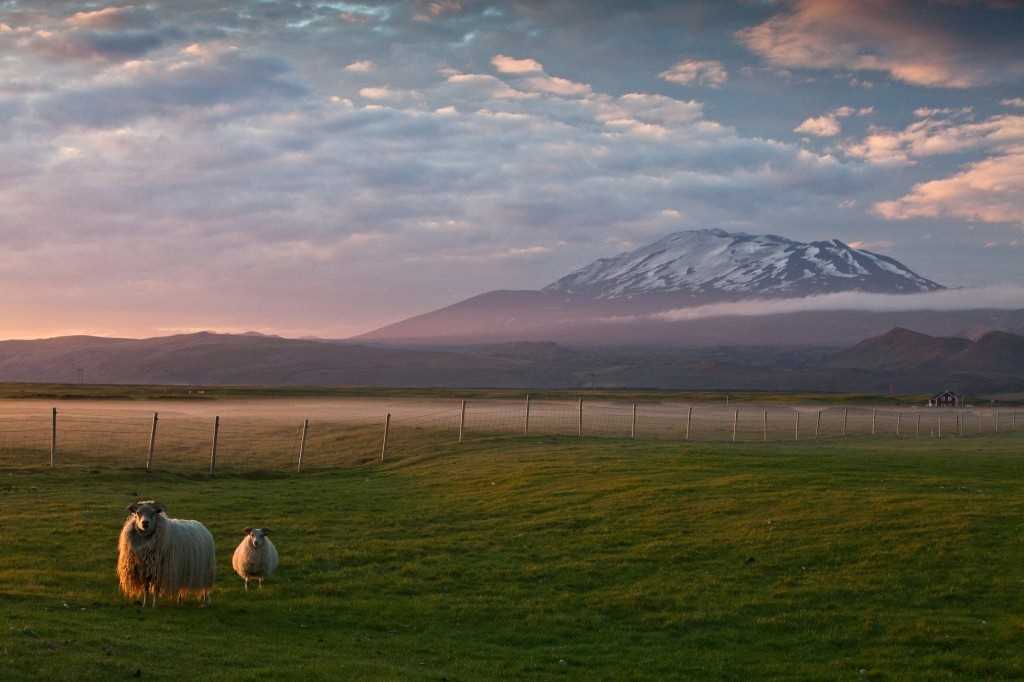 An upside-down boat
Since those days the knowledge of Hekla’s volcanic activity has grown tremendously, of course, just as knowledge of other geological phenomena. Actually, before the last eruption in the year 2000, geologists could predict exactly when the eruption would start; it was actually reported in the 6 o’clock news that Hekla would erupt in 15 minutes time which more or less was the case. Geologists have estimated that Hekla has erupted about 20 times since the settlement of Iceland. That actually means that Hekla has been one of the most active volcanoes in the world since the Middle Ages. 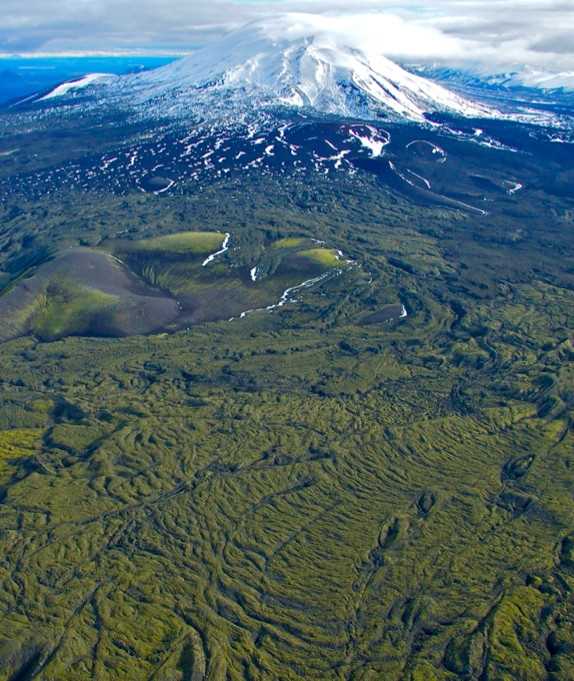 Hekla is considered somewhere between a stratovolcano and a crater row, morphologically speaking. Looking at her from the West her shape reminds one of an upside-down boat. She is only about 7000 years old, which is young for a volcano, and is located on a 40 kilometers long volcanic ridge. When there is an eruption a 4 kilometers long fissure opens and spits out the magma.

In prehistoric? times, Hekla had some huge eruptions which produced many layers of light-coloured tephra that settled on a big part of the country. Those layers have been used for evaluating when eruptions in many other volcanoes took place. An eruption in 1104, the earliest recorded eruption, was of the same proportion but later eruptions have been of lesser size.

When the mountain erupts, it produces at first, a lot of tephra, which is high in fluorine and dangerous to animals. Later on, more lava flows out of the crater than tephra. The tephra is most often quite intermediate, the longer the intervals between the eruption, the more intermediate is the tephra.

The latest eruptions are somewhat different in size. In 1947, there was a huge eruption in Hekla, which had great consequences for the areas around. Geologist thought Hekla’s volcanic behaviour was becoming predictable and that the next eruption would not take place until around the year 2045. This turned out to be far from the case as, all of a sudden, she began erupting much more frequently and with less magnitude as well. Consequently, she has erupted ca. every ten years since 1970.

According to this new rythm of Hekla’s activity, we should be expecting an eruption every minute, but who knows what is happening in her volcanic mind; she might have changed her rythm again. Still, there have been signs similar to those seen before those last eruptions. But the year 2010 has already been eventful for Icelanders concerning eruptions so maybe we could afford that she waited a little longer this time. 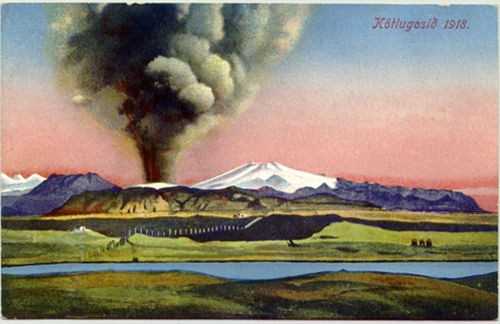 Katla is a volcano. The last major eruption occurred in 1918