The Golden Circle is the most popular tourist attraction in Iceland, it comprises of Thingvellir national park, the great Geysir and Gullfoss waterfall. Each of the three stops are distinct and together they make for an interesting daytrip that covers a variety of scenery. It is easy to include more activities such as snowmobiling, river-rafting, horse-riding or visiting local farms. 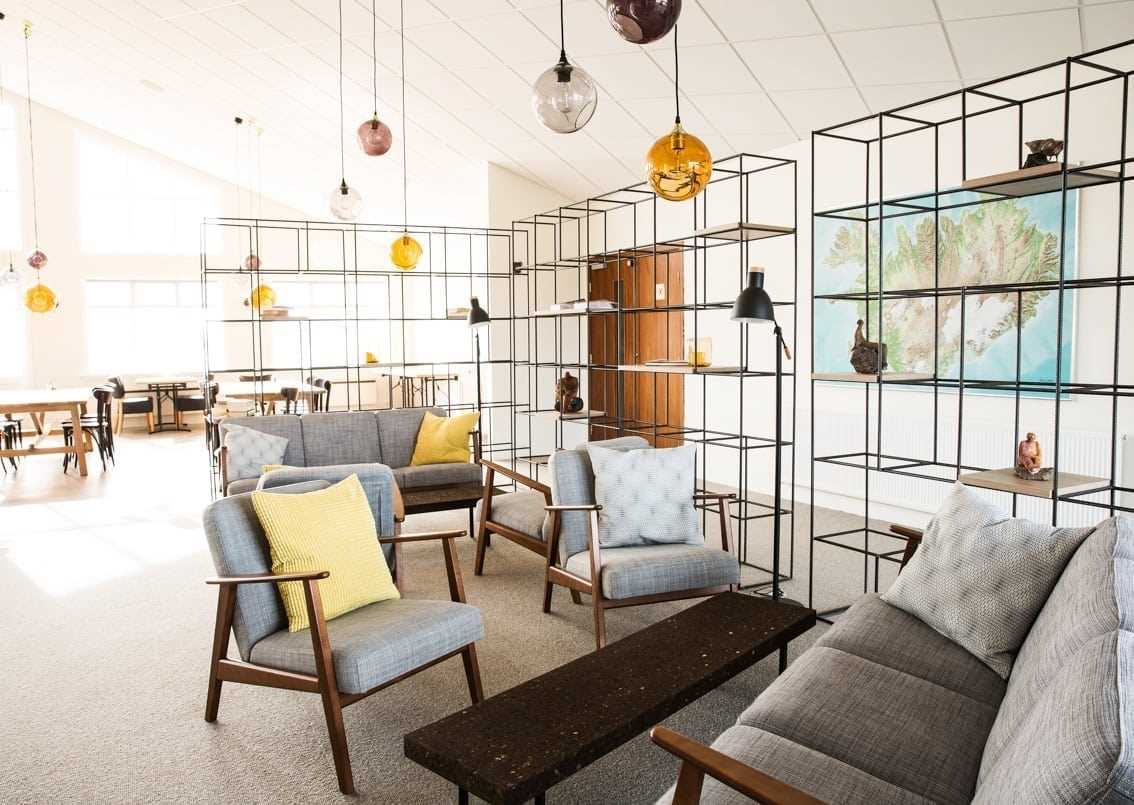 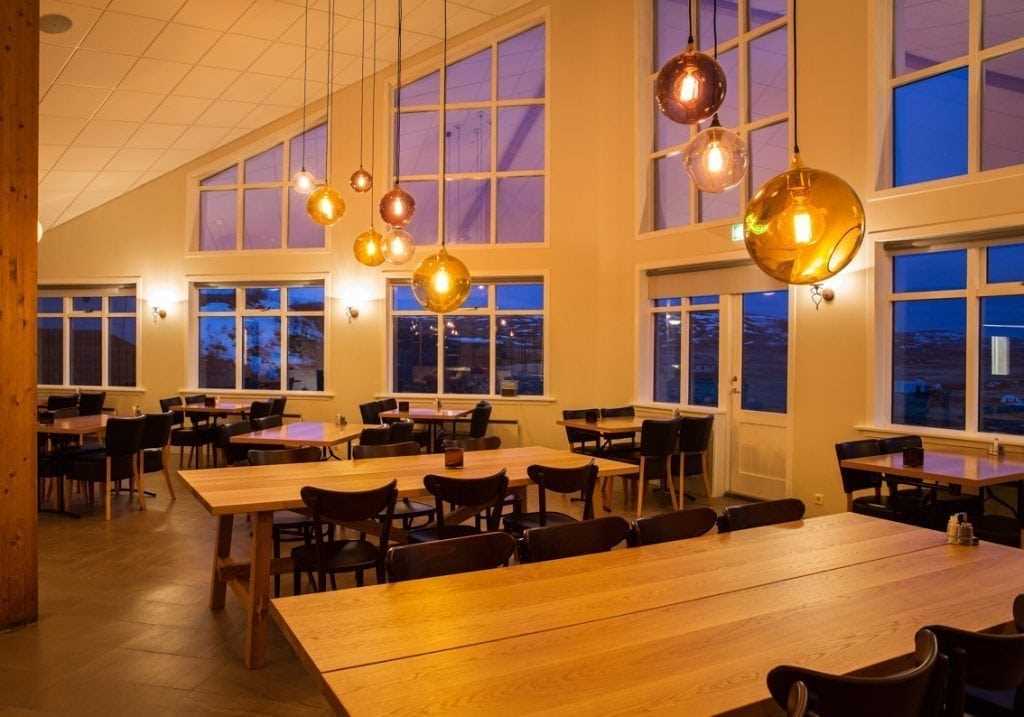 For travellers starting their trip in Reykjavik, that wish to fully explore the Golden Circle before continuing their travels to another part of Iceland, it makes sense to stay at Hotel Gullfoss. This is a moderately priced hotel which is so very close to its namesake, the famous waterfall Gullfoss (e. Golden Falls) and a short drive away from Geysir and the surrounding smaller geysers. 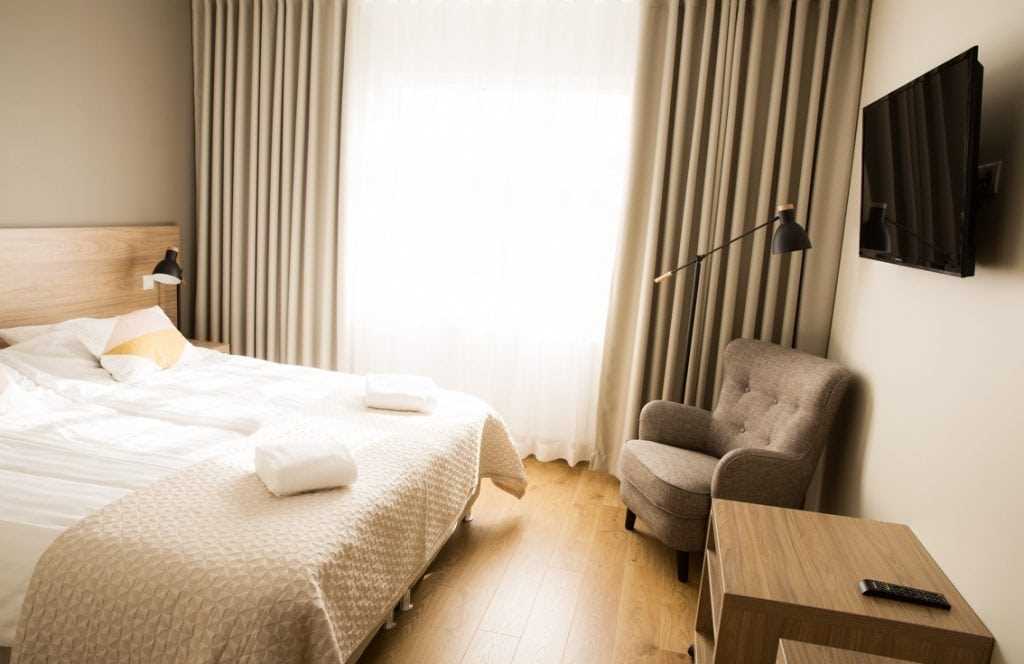 Guests at the hotel can walk along the canyon of the river Hvítá to Gullfoss waterfall. They can also book tours comfortably at the reception to get to know the surrounding area and South Iceland better.

Gullfoss is a beautiful waterfall where you can often find a rainbow on a sunny day. It is easily accessible and a local favourite. It is situated in Hvítá river (e. White River) that has its origin in the Langjökull glacier. Nowadays, more than half of the tourists that visit Iceland make their way to Gullfoss. A century ago, there was serious talk about building a dam to generate electricity at Gullfoss, a famous Icelandic poet, Einar Benediktsson, was one of the business men involved. Sigríður Tómasdóttir,  a young woman who lived at the farm Brattholt where Hótel Gullfoss is located now,  fought for many years against these destructive plans. She has been called Iceland´s first environmental activist and fits right into the long list of women who have been and still are fighting against the brutal destruction of nature all around the world.

Geysir is a hot spring that used to erupt although it has been inactive for some years now. Its name is the origin of the word geyser that describes it. Its little neighbour, Strokkur, erupts frequently and is a hugely popular attraction. The Geysir hot spring area is geothermally active, with hot water bubbling underground. 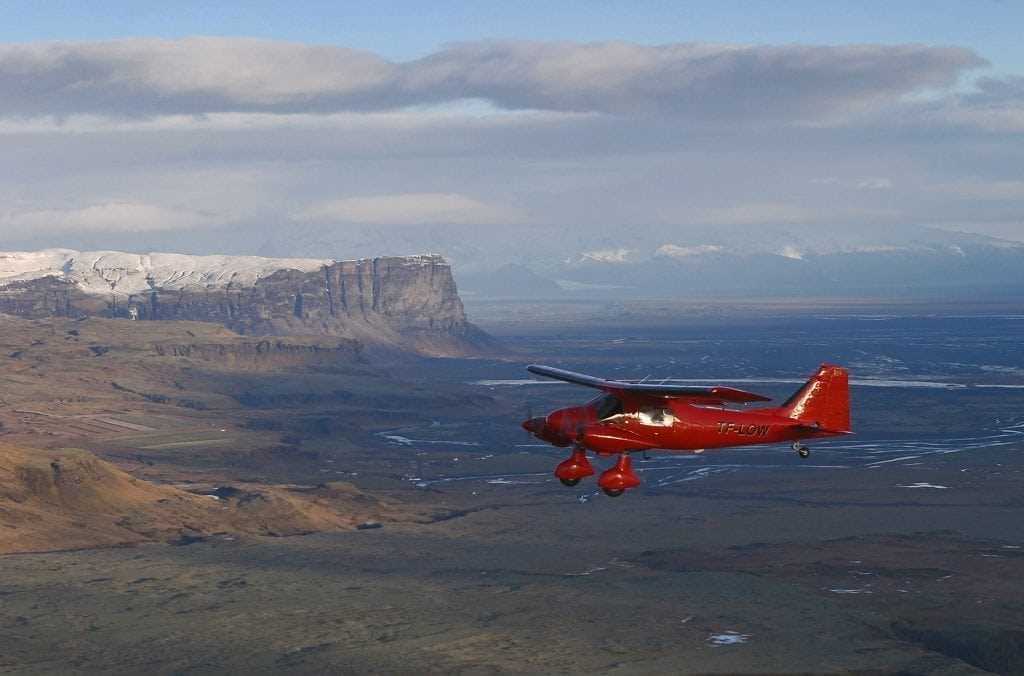 Thingvellir (e. Parliamentary planes), is an incredible place and notable for two reasons. Firstly, it is a UNESCO cultural world heritage site and major events in the history of Iceland have taken place there. The settlers realized that there must be law in their young society so in the year 930 they founded a parliament at Þingvellir; Althingi. It is one of the oldest parliaments in the world. The second reason is geological. Þingvellir, has been a nature reserve since 1928 due to its unique tectonic and volcanic environment. The faults and fissures of the area show the rifting of the earth’s crust. Here you can see the tectonic plates of North America and Europe meet and drift apart. Usually this happens below the surface or under the ocean but at Thingvellir it is clearly visible and you can almost walk between the plates. 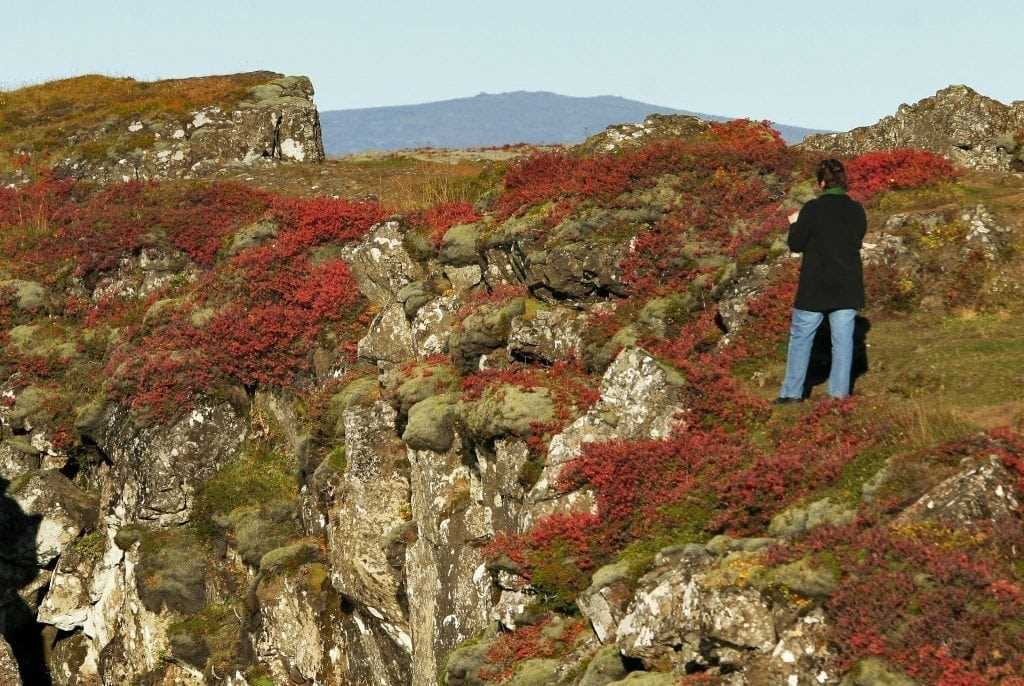 Hotel Gullfoss is close to these attractions and more. It offers reasonable rates and clean rooms. Their restaurant also offers Icelandic cuisine and serves dinner. Both the restaurant and rooms are decorated in simple Scandinavian style and have a beautiful view over the valley. 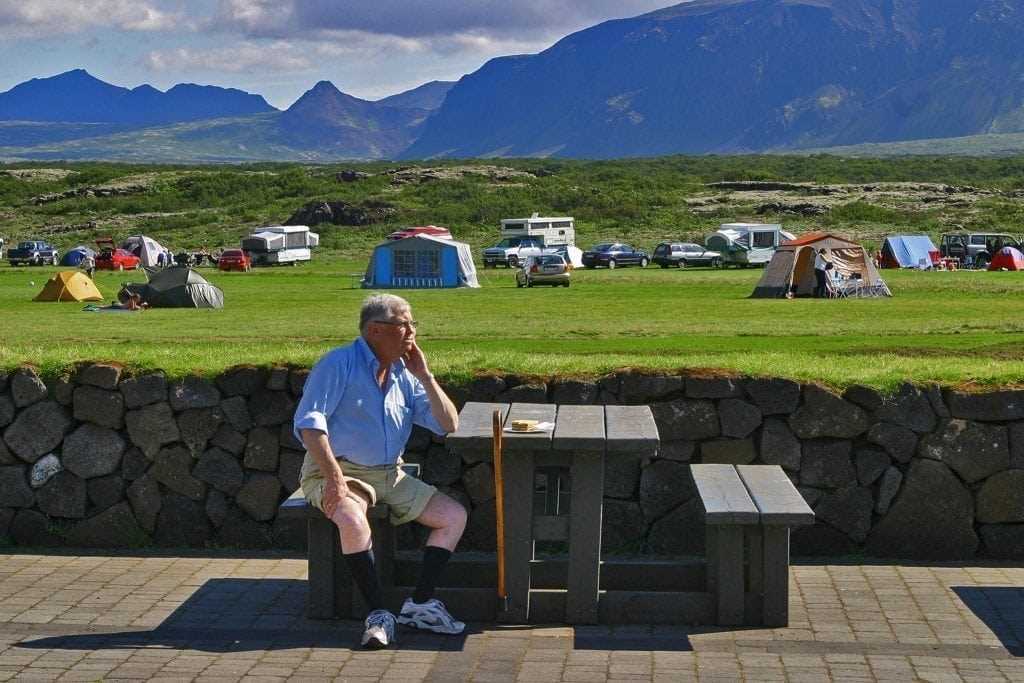