Hvítá is the tenth longest river in Iceland, and its source is at Eiríksjökull and Langjökull, in many rivers that then merge. There is some fishing in Hvítá, although more in its tributaries. Grímsá, Þverá and Kjarrá, which flow into Hvítá, have the best and most expensive salmon fishing in the country. The bridge over Hvítá, which stands on road 510 near Ferjubakki in Borgarfjörður, was designed by Árni Pálsson, an engineer at The Icelandic Road and Coastal Administration. The bridge, which is one-laned and 106 meters long, was chosen by the Icelandic Society of Engineers as one of the engineering achievements of the last century in Iceland. For fifty years, the bridge was the main national road between the south and southwest of the country before the Borgarfjörður bridge, the largest bridge in Iceland was inaugurated in 1979, south of Borgarnes. 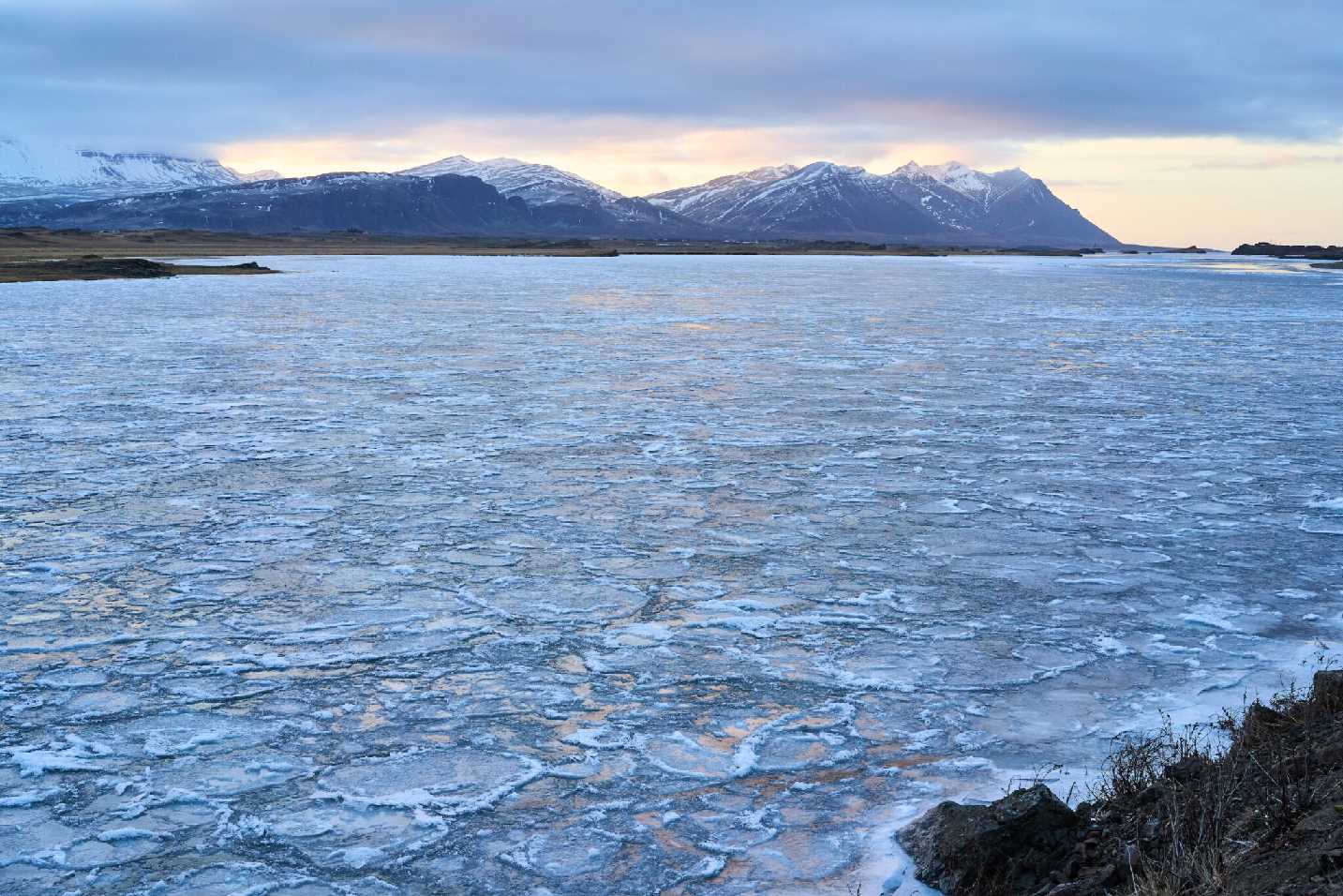 Looking southwest along the icy Hvítá, to Borgarfjörður. Hafnarfjall to the right, Brekkufjall to the left. 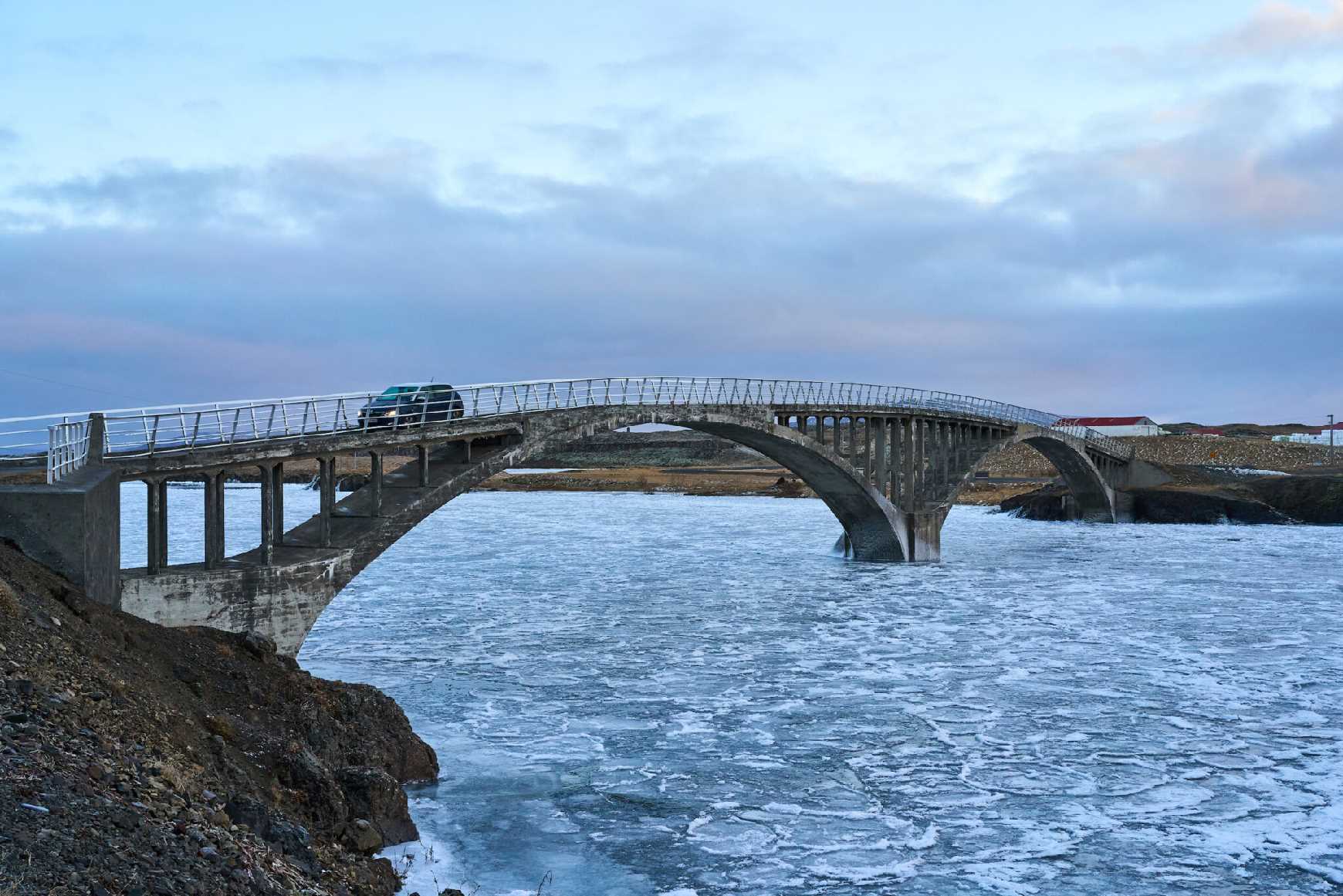 The bridge over Hvítá by Ferjubakki, built in 1928 and cost 169 thousand.