Few countries are as dependent on imports and exports as Iceland. At the end of last year, figures came in for imports and exports for 2020. Exports amounted to ISK 620 billion, and imports to ISK 771 billion. Despite this, more foreign currency comes into the country than we spend, thanks to foreign tourists. Of the 620 billion exports, aluminium was 298 billion, and fish products were 270 billion. The largest import categories were raw materials (mostly aluminium), ISK 239 billion, capital goods ISK 177 billion, vehicles ISK 124 billion and consumer goods ISK 112 billion. The largest trading partners in merchandise exports were the Netherlands, Spain and the United Kingdom. Still, about 70% of exports went to EU countries. Germany, Norway, and China’s largest trading partners in imports in 2020. The value of imports from EU countries amounted to 58% of total imports. (Source: Statistics Iceland) 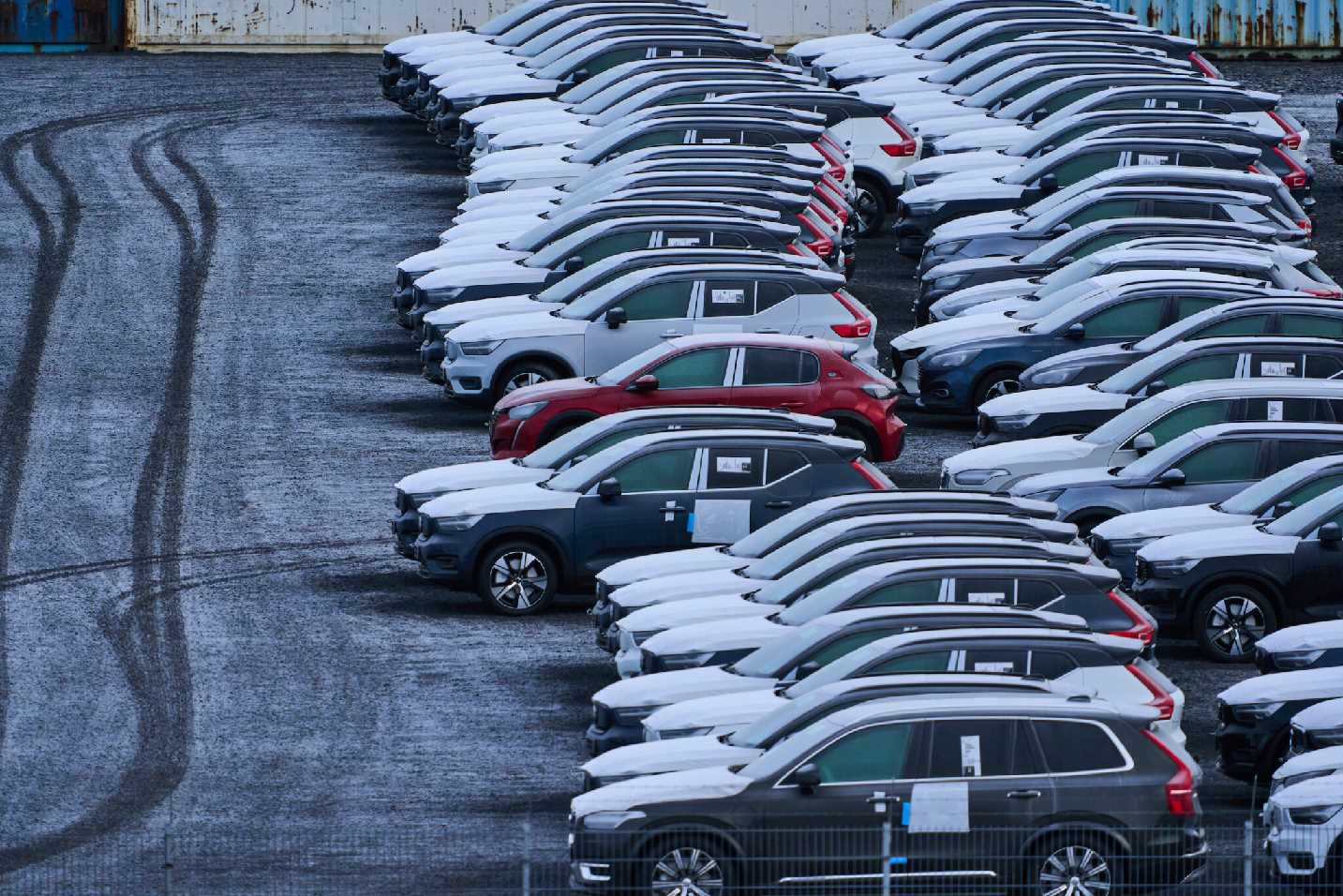 New cars waiting in Sundahöfn to be picked up and sold. Figures for car imports to Iceland in 2021 were considered newsworthy. Toyota, the best-selling passenger cars brand in Iceland for 31 consecutive years, was in second place after Kia. Hyundai was in third place and Tesla in fourth. Looking at individual models, the Toyota RAV4 was the best-selling car in 2021 in Iceland. 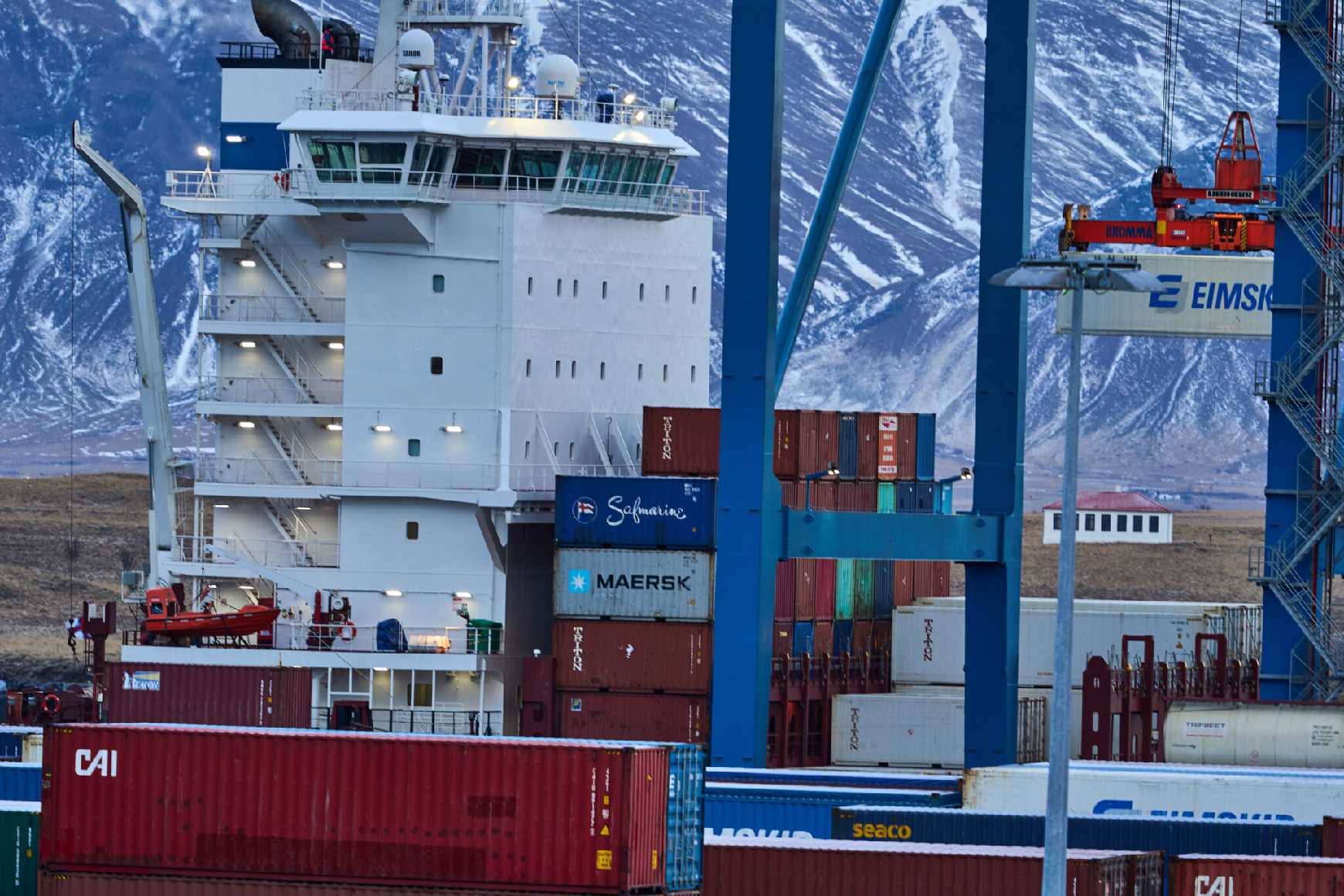 Frozen fish is being shipped to Rotterdam, on Eimskip’s ship in Sundahöfn. Esjan in the background.