An international team of scientists has proven that the Nordic Vikings settled and lived in L’Anse Aux Meadows in Newfoundland precisely a thousand years ago, in 1021. The first Europeans. It was 471 years before Christopher Columbus sailed west and “found” America. This is reported in a research article in the scientific journal Nature this week. With an age analysis of timber from trees that were felled at that time with Nordic tools, it is now possible to accurately predict the year of the Viking settlement from Iceland and Greenland in western America. The relics of the Vikings at L’Anse Aux Meadows are on the UNESCO World Heritage List. 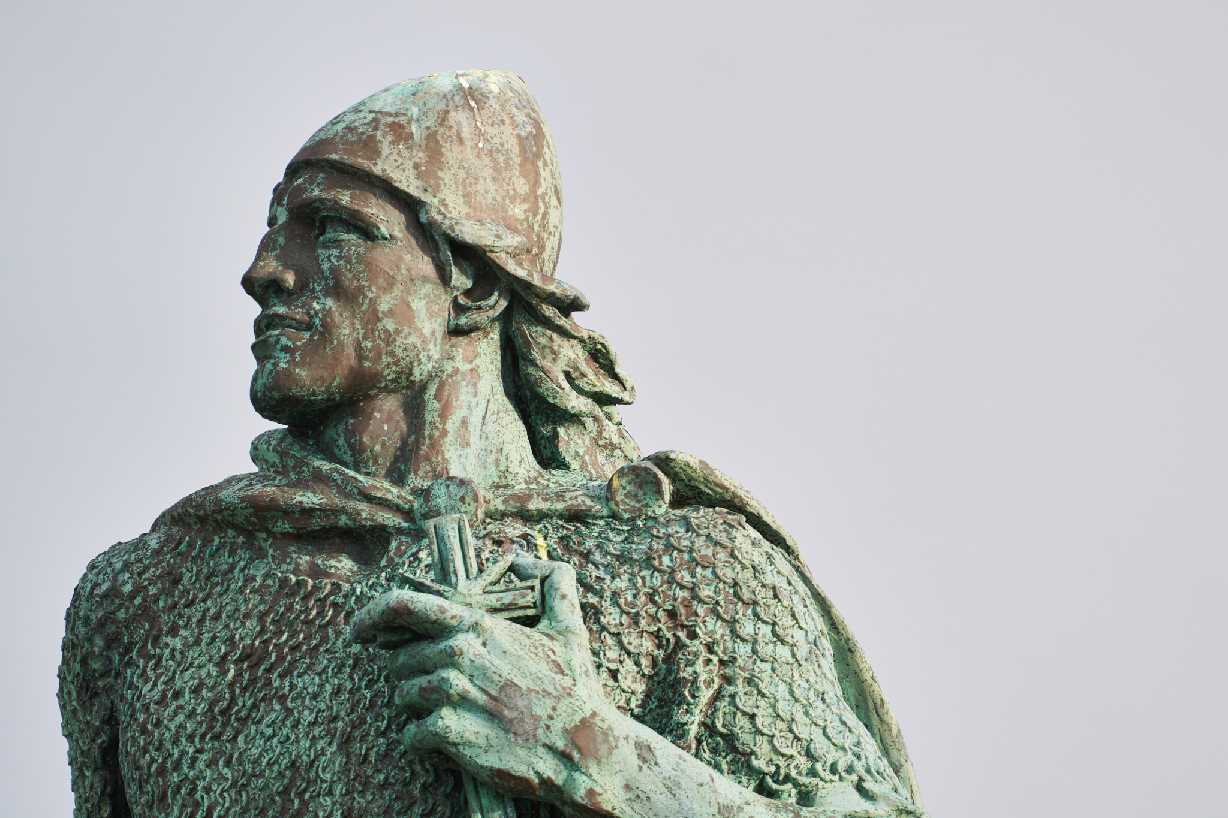 Leifur “The Lucky” Eiríksson by the American sculptor Alexander Stirling Calder, who stands at the top of Skólavörðuholt. The statue was a gift from the United States to Icelanders at the 1930 Althingi Festival.