Greenland is the world’s largest island and hosts many geological environments. Even though over 80 percent of the country is covered by ice there is a mosaic of mountain types in coastal areas where everything from the oldest mountains in the world to younger types are located. The oldest are found near Nuuk and are approximately 4 billion years old. Considering that the earth has been dated at approximately 5 billion years of age, the mountain types near Nuuk can be considered to be the remains of the earliest continents. 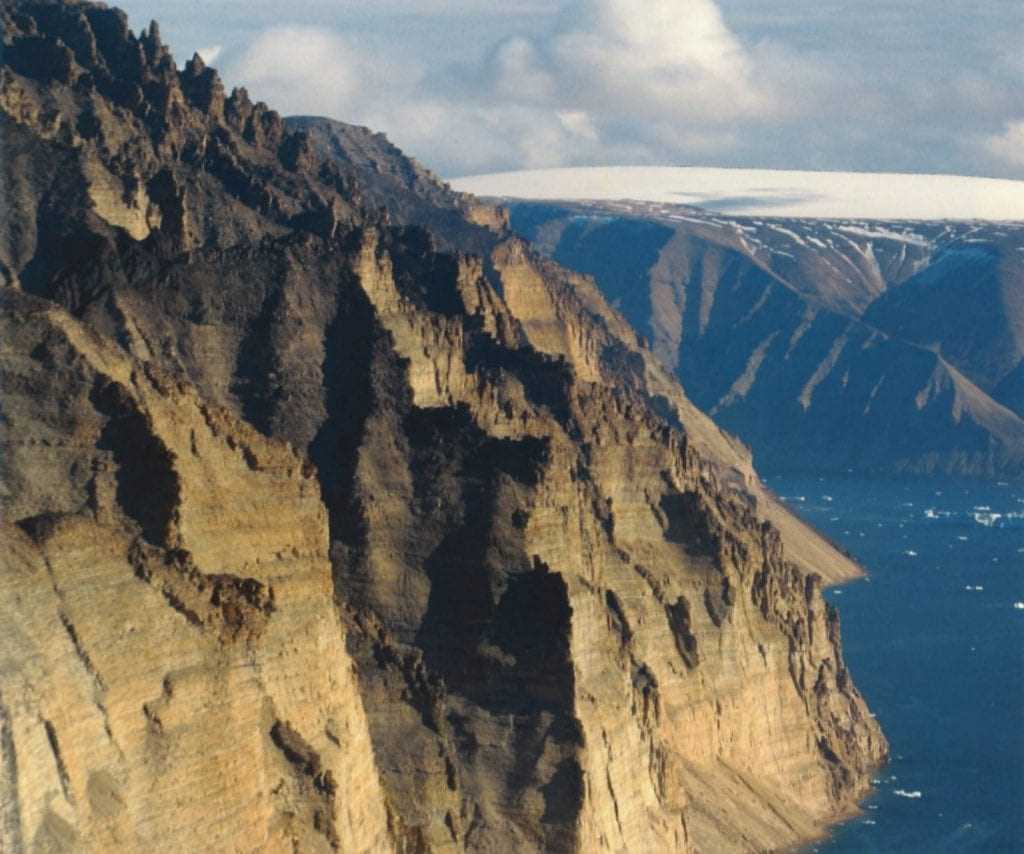 The types of mountains are quite different.

There are volcanic types which developed in previously active zones just as is seen on the west coast of North and South America and Iceland. In addition there are sedimentary types which are formed when other mountain types erode and are deposited, for example, in the sea and exposed to enormous pressure and temperature. There are granite types which were formed deep in the crust, and not least, there are the different types which have since changed character. 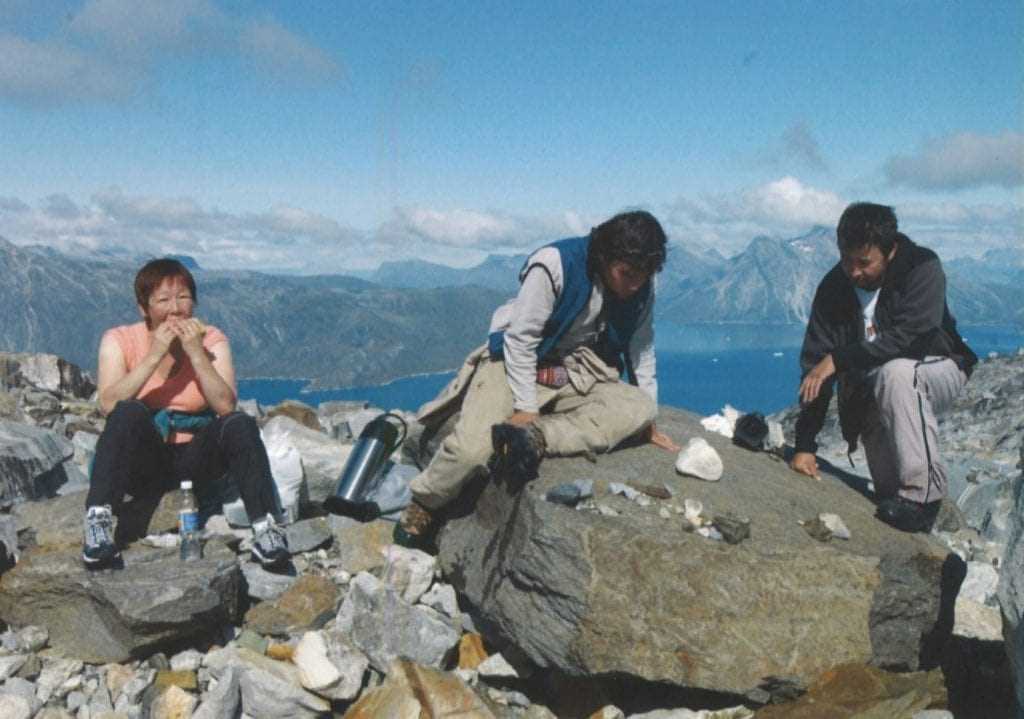 Mountain types are the hosts of many different deposits of minerals which as time passes are being investigated, utilized and still need to be prospected for the discovery of new finds.

Historically, Greenland has for many centuries been the focus of geologic and mineral interest. The earliest interest took place together with the earliest polar expeditions and the missionary’s activities already from the last half of the last millennium. An example is the copper mine near Qaqortoq in South Greenland. Today the abandoned mine on the island Karrarmiut appears only as a small, approximately 11 meter deep hole in a cliff wall.

Graphite has been mined in other mines from Nanortalik in the south to Upernavik in the north.

Today, all of the graphite mines are closed and only the tailings remain.

In the 1800s, copper was mined in a larger mine. The mine was known as Josva’s Mine and is located near Copper Mine Bay in south west Greenland. Today the mine is closed.

The largest of the earliest mines from the middle of the 1800s and certainly the longest running mine which, mined cryolite near Ivittuut. Ore was mined here in an open pit up until the 1980s. Today there can be found a mineralogical museum in the settlement. An annual prospector’s course of instruction is held for all those interested.

In the 1920s, the discovery of lead and zinc then developed into a few larger mines both in east and west Greenland. The best know of them was Black Angel (Maarmorilik) located east of Uummannaq. The mine was originally a marble quarry, but the discovery of lead oar in the vicinity marked the start in the 1970s of the most modern mine in Greenland. The mine supplied lead, zinc and silver until 1990.

There has also been coal mining near Qullissat on the island Qeqertarsuaq. Coal was mined for the home market because the quality was not good enough for exporting. Qullissat was closed in 1972. Today the old mining city stands as a reminder of the only large modern Greenlandic city built up around a mine. The city had up to 1300 inhabitants.

Today, there are two new mines. One of them is a goldmine near Nanortalik in south Greenland. The gold was found in 1992 and the mine officially opened it activities at the beginning of this millennium after a thorough analysis of the gold deposits. Around the mine there continues to be great activity in order to increase mining resources and thus the mine’s longevity.

The other mine which just recently started in 2005, is the olivine mine near Atammik in west Greenland. The mine lies between the cities of Nuuk and Maniitsoq. It will be the same type of mine as the old cryolite mine. The present prospecting and analysis of the mine shows a potential life span of at least 50 years.

There are many new investigations in progress. To mention a few: west coast prospecting for gold and iron near Nuuk, diamonds near Maniitsoq and Kanger- lussuaq and rubies near Qeqertarsuatsiaat south of Nuuk. In addition, during the last few years, prospecting for gold, platinum, palladium and nickel are taking place on the east coast. North of Ittoqqortoormiit prospecting for molybdenum deposits is being pursued as well. In the far north of Greenland the focus has been on lead and zinc.

It will be only a question of time before new mines will open; it all depends on the amount, the accessibility and not least the world market.