I have never seen landscape like this! This is the comment from almost everybody, nationals and visitors alike – even the most seasoned travellers – when they experience the Highlands of Iceland for the first time. The colours, contrasts, forms, flora and fauna, as well as the sounds – or silence – are so unbelievably varied that it takes one’s breath away again and again. So, no wonder that the magical Highlands have lured Icelandic artists into its realms time and time again – and still do.

How different artists have expressed their experience of the Highlands can now be seen at the new exhibition at the Reykjavik Art Museum called NO MAN’S LAND – Where Beauty Alone Reigns? On display are works of 31 Icelandic artists at two locations: Kjarvalsstadir museum and Hafnarhus museum. The exhibition is a part of the 2018 Reykjavík Arts Festival and the centennial celebration of Iceland’s sovereignty.

Iceland has also been the background of many famous films but most viewers have not realized this. At the exhibition there is also the chance to see Iceland through the eyes of those filmmakers as there is a collage from the films on display. No Man’s Land is truly an exhibition that no art or nature lover should miss! 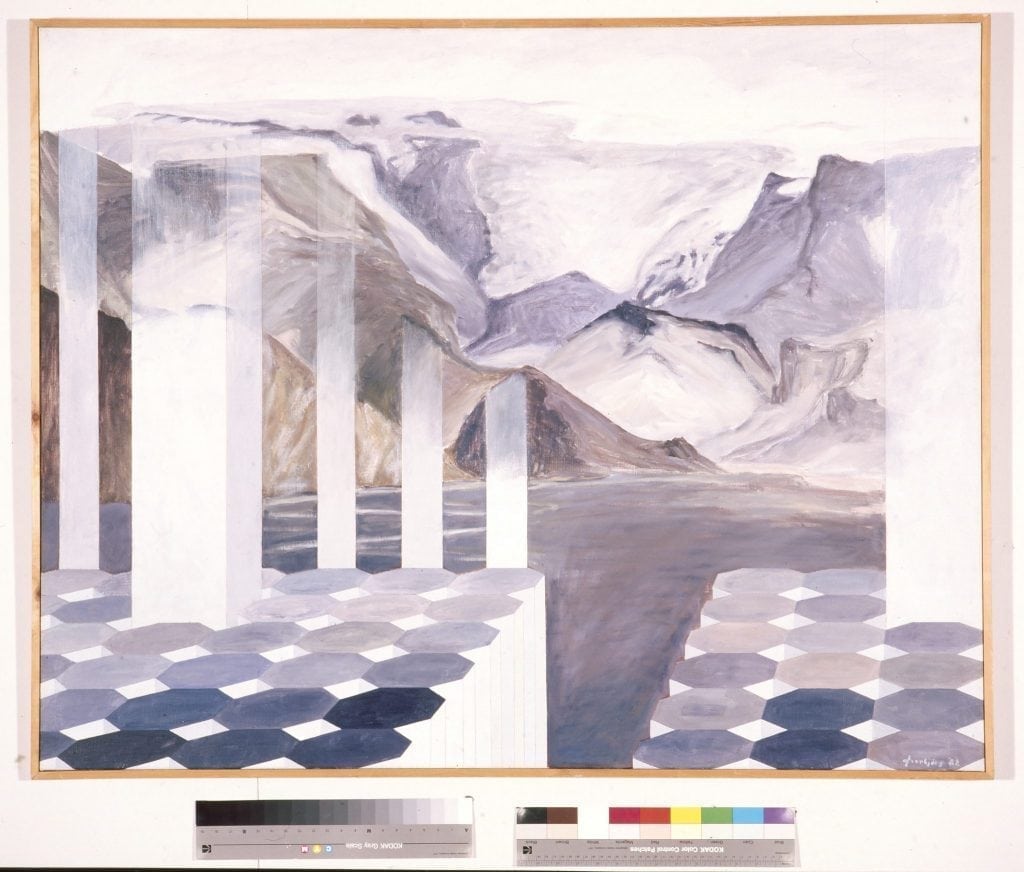 At Kjarvalsstadir paintings by the older generation of artists are displayed; the oldest works come from the beginning of the 20th century and the youngest from around its end. The early artists lived in an era where it was almost unthinkable for someone to make a living in Iceland as an artist. Most people lived on farms where all hands on deck were needed, but nevertheless, a few ventured to study art. Those first artists mostly painted undeniably beautiful nature. Iceland had also finally regained its independence in 1918 and part of the celebration was to display the country’s beauty. Then artists started to look at different parts of Iceland, such as the Highlands, where there are even deserts, and discovered the extraordinary beauty of this so called no man’s land. Even in bad weather these places have special dark lure, as those works of Iceland’s earliest artists clearly show. Through their work Icelanders learned that in these moorlands known only to outlaws, was to be found beauty like nowhere else; black lava and sand in stark contrast with brightly coloured green hills, deep blue lakes amidst black sandy hills and the multi-coloured mountains of the many hot spring areas of the Highlands. The works of these artists can now be seen at the Kjarvalsstadir exhibition.

Once artists started expressing the lure of the Highlands there was no turning back. Icelanders learned that lava and moss could actually be beautiful, and that a pitch black landscape had many nuances. As time progressed, Icelanders moved from the farms to the city and towns – and became travellers in their own country. They started to appreciate the untouched nature and the true magic of the Highlands. Artists of the 21st century have been especially diligent in expressing their love for this no man’s land – or rather the land of all the people of Iceland.

Their works are shown at Reykjavik Art Museum – Hafnarhus, where now the artists express the Highlands through all kinds of means – not only paintings as the older generation did. Here we have sculptures, installations, videos, photographs, water and more that can make the museum visitor feel that he is within the realms the Highlands, instead of just looking at them. But now, we also start to see the fight for the untouched expanse of nature, as there are many that see monetary value in the Highlands. This fight is still very much ongoing and the reason why is very obvious when one has the chance to visit the Highlands – and it is also obvious through the eyes of the Icelandic artist, displaying what can only be called: Where Beauty Alone Reigns!