The land of dog sledges and the Midnight Sun stretches from Kangaatsiaq in the south to Qaanaaq in the north. During the summer, the sun is in the sky twenty-four hours a day. And, the further north you travel, the longer this period of endless light will last.

This means, of course, that there is a corresponding period of darkness in the winter. The day that the sun reappears in llulissat is the 13th of January, which is a festival that everyone looks forward to. Even though there are airports at Aasiaat, llulissat, on the Nuussuaq peninsula near Uummannaq and at Upernavik, the long distances between towns turn journeys by passenger ship into great adventures, bringing the full variety of Greenland’s nature vividly to your attention. 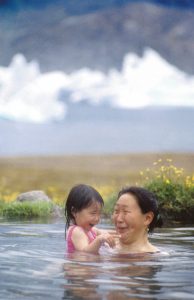 Included in your view will be the skerries, the low mountains in the south, the monumental basalt mountains on Disko island, the highest mountains on the west coast near Uummannaq, the bird colonies on the cliffs of Upernavik and glaciers and ice fields along the way. Some of the world’s most productive and fast-moving glaciers are to be seen around Uummannaq and llulissat.

Seal hunting is the most important source of income for a large part of the population, and this is why the settlements here are different from those in the rest of Greenland. There are many settlements in the region, and as a visitor you will be able to experience a different Greenland from the one you will find in the busy towns. During the winter, when the fjords freeze over, the dog sledge is an indispensable means of transport for the fishermen and hunters.

Longlines are set through holes in the ice for Greenland halibut. These fish are frequently caught at a depth of 600 metres, and the lines are pulled up by hand! 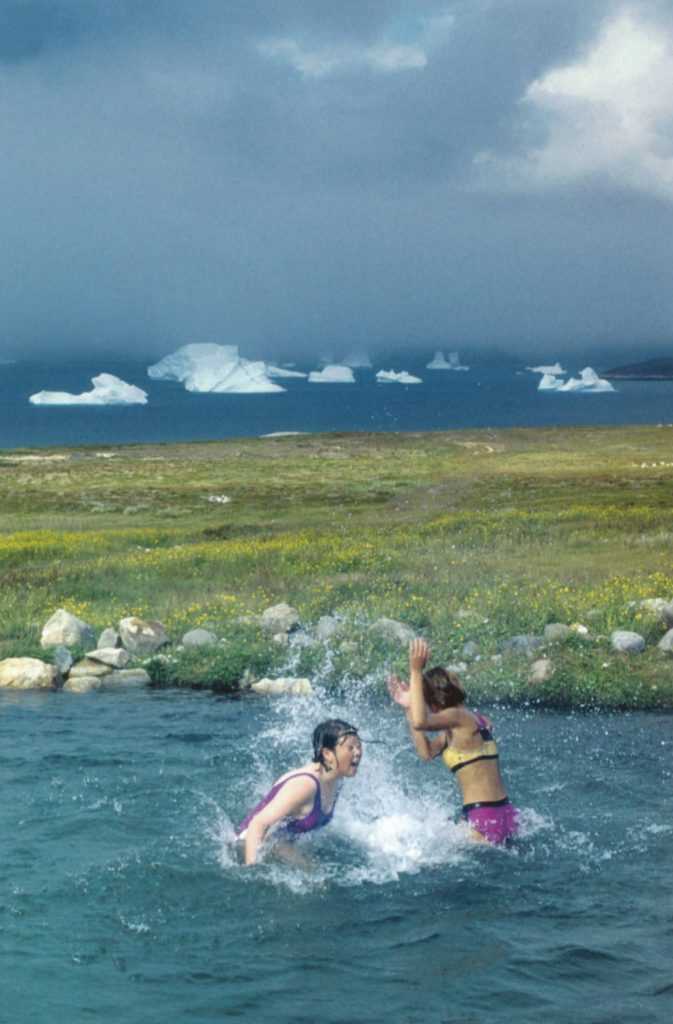 The importance of dog sledges is clearly indicated by the fact that in many places there are more dogs than people. There are many things for visitors interested in history to see and do in the area. Greenland’s oldest wooden house, dating from 1734, is in Qasigiannguit, which also has a museum with a fine collection of archaeological finds from different prehistoric cultures.

The former settlement of Sermermiut near llulissat, the old storehouse, deserted settlements, the houses of the colonial adminstrators and the churches all bear witness to fascinating aspects of Greenland’s history. There is a museum in every town which will take you far back into the past. You will not see many animals on land, perhaps just a fox or an arctic hare, but life is plentiful both above and below the water. There are many species of gull to be seen resting on the ice fields, and large numbers of sea gulls can be observed close to the towns where they make good use of the waste products from the fish factories prawns, also known as pink gold, and which feature prominently among Greenland’s exports, are the reason for many large trawlers and smaller fishing vessels which ply the waters of North Greenland. Greenland halibut are also caught from dinghies, and it is not unusual for 50 tons per week to be caught by a few hundred inhabitants from one small settlement. This area is also where you will have the best chance of seeing the gigantic fin whale, especially around Qeqertarsuaq, Aasiaat and Qasigiannguit. It is not by chance that many Dutch whalers hunted precisely in this area during the 18th century.

Thule – the name has a magic ring to it, and for many people conjures up pictures of ‘the true Greenland’. Today the town is called Qaanaaq.

Being this far in the north the Midnight Sun lasts from the middle of April to the end of August, and in the wintertime the sun doesn’t rise for three months. Hunting is of great importance, but there are severe local restrictions which control where and how the hunting is done – narwhals, for example, may only be hunted with harpoons.

Ways of living – so far north and in such severe climatic conditions – are passed on from generation to generation, and this ability to adapt has contributed to the survival of this small community.