Puffin – The bird that has become synonymous with Iceland

Puffin – The bird that has become synonymous with Iceland

Puffins are seabirds and they spend most of their time at sea. Only from the end of April can they be seen near their nesting locations on land, right before they begin to mate. Both male and female acquire their colourful beaks at this time.      At sea, they are silent but during breeding, the puffins are vocal, their sound being monotonous, long and creaking.     Compared to many other birds, the puffin´s flight seems clumsy, but it can fly fast. The puffin´s real talent is to dive. It can dive down to about 60 meters and stay underwater for almost 2 minutes. It makes great use of this talent to fish the sand eel for its pufflings. 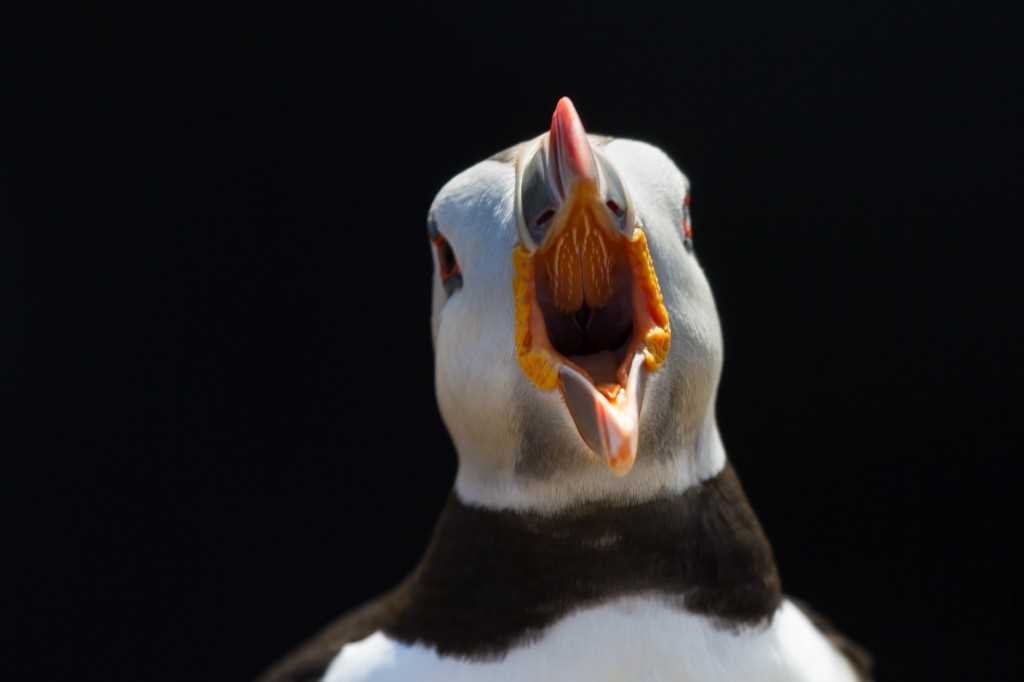 The “Dean” or the “Clown of the Ocean”
The puffin has been called many names, as its appearance and special walk often resembles some human characteristics. It belongs to the auk family and its Latin name is Fratercula artica. Fratercula literally means “little brother”, referring to the bird´s resemblance to a monk or a priest. In Icelandic, it has often been called “the Dean” or the “Priest”.      In other languages, it has been called the “clown of the air” or “sea parrot” – probably due to its colourful beak, one of its most remarkable characteristics. The beak has blue, yellow and red stripes, though only from nesting time in the spring until autumn, becoming dark brown after that. 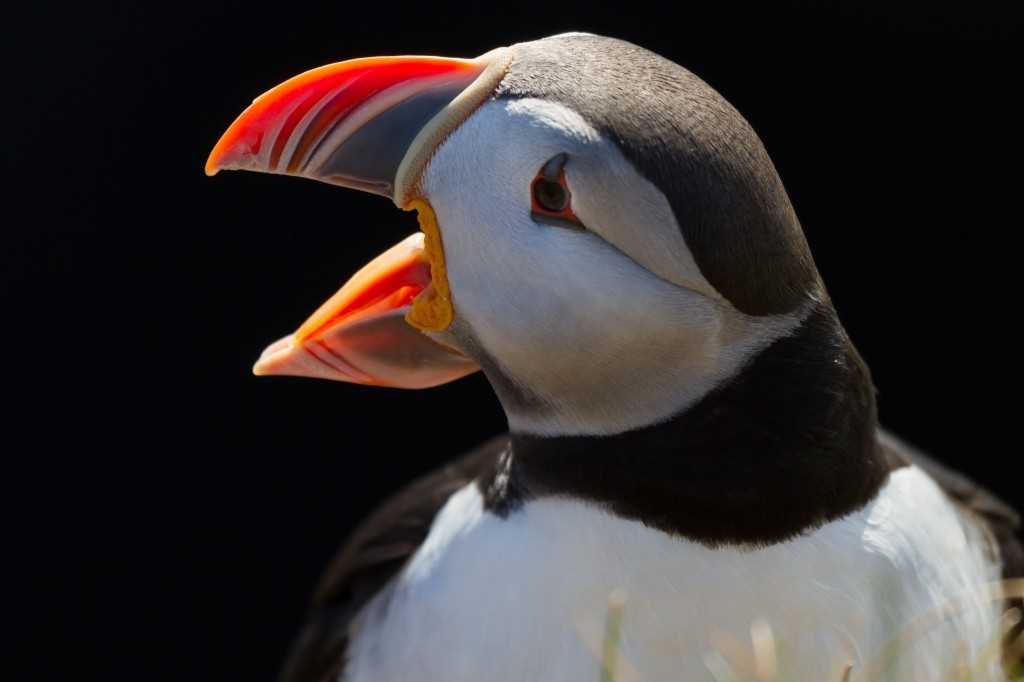 The puffin islands and colonies
Unlike its cousins of the auk family, the puffin does not make its nest on the cliff face but in grassy hills above it. There, they make a hole in the ground in which they lay a single egg. The hole itself is unique; the puffin digs it uphill to prevent it from getting wet during rainy days and puts some corners inside it to use as a toilet.     Incubation takes 6 weeks though the puffin does not lie on the egg like most other birds but protects it with its wings. After birth, the puffling is fed well on sand eels as it needs up to one third of its weight in food every day. When not getting food for its puffling, the parents can be seen sitting comfortably in front of their holes, enjoying life.     After feeding it for 40 days, the parents leave the puffling and fly to sea. Hunger causes the puffling to try to fly and it leaves the nest, too. It gets its directions from the moon, but it sometimes confuses city lights with the moon and ends up in the town. In the Westmann Islands, the children collect them all and bring them back to sea. 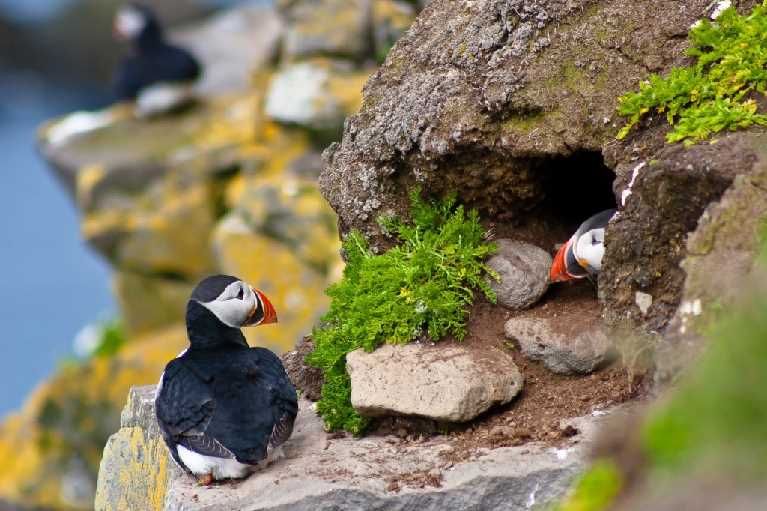 The biggest puffin colonies are in the Westmann Islands. Several million nest there annually. In recent years with fewer sand eels in the sea, possibly due to global warming, many pufflings have died as their parents cannot bring them enough food. Puffin hunting, which has been practised on the coasts of Iceland for many centuries, has been limited because of this.     Other puffin colonies close to Reykjavík, are on the small islands of Lundey and Akurey right off the coast and in Andríðsey a bit further north. They are also found in Breiðafjörður fjord, on the island of Vigur in the West Fjords, Grímsey, the northernmost island of Iceland and Skrúður in the East.     With over 10 million living around its coasts, Iceland is the ideal location to see the puffins and many travellers even visit especially to see this small, strange bird. The remainder are scattered around the coasts of Ireland, the Faroe Islands and Norway, in Europe and of Newfoundland and Maine, in America.  Fact Box