Redhead: the Evil Whale of Hvalfjörður

Hvalfjörður is one of the more spectacular regions through which one passes on the way from Reykjavik to the north or west of Iceland on the Ring Road. Today a tunnel (opened in 1998) leads under its mouth, but it is worth taking the detour around this long and picturesque fjord, especially in fine summer weather. Hvalfjörður (Whale Fjord) cuts into the land from Faxaflói bay, between Akranes and Kjalames. It is about 30 km long, 4—5 km across and 80 m deep at its deepest. In the outer reaches of the fjord there is some lowland, but towards the head of the fjord steep cliffs rise straight from the sea. At its inland end the fjord forks into two branches, Brynjudalsvogur and Botnsvogur. Hvalfjörður is surrounded by splendid mountains, such as Þyrill and Reynivallaháls in the south, and Múlafjall, Hvalfell (Whale Hill) and Botnssúlur at the head. To the east of Hvalfell is a large lake, Hvalvatn (Whale Lake), which is about 160 m deep. The river Botnsá flows from this lake and cascades down in the Glymur falls, by far Iceland’s highest waterfall at 198 m. The origins of the place- names Hvalfjörður, Hvalfell and Hvalvatn (Whale Fjord, Hill and Lake) are explained in an old folk tale:

Once upon a time some men from Suðurnes, on the Reykjanes peninsula, went out to Geirfuglasker (Great Auk Skerry) to catch great auks. When it was time to return to land, one of the men was missing. So the rest of the group 16 returned home without him, and the man was believed to have died. A year later, however, the same men returned to the skerry and found the man, safe and sound. It transpired that elves had placed a spell on him and kept him with them, treating him well. But he was not happy with the elves, and went ashore with the other men. By now, however, an elf woman was carrying his child and she made him promise to have the child baptized if she brought it to him at church. 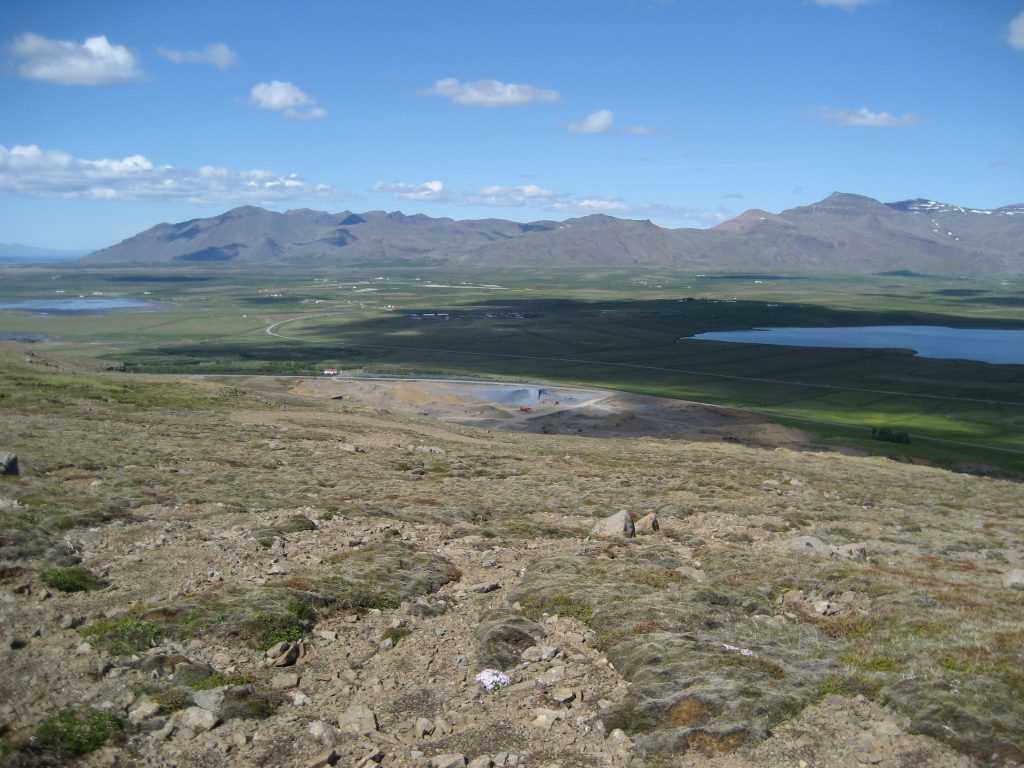 Some time later, the man was at mass at Hvalsnes church. A cradle was found outside the church, with a note which read: “The man who is father of this child will make sure that it is baptised.” People were astonished, and the pastor suspected that the man who had spent a year on the skerry was probably the father. He pressed the man to acknowledge that he had fathered the child but the man denied it. At that moment a woman appeared, tall and robust. She turned to the man and said: “I cast a spell on you, that you shall become the worst of evil whales in the sea and wreck many ships.” Then she seized the cradle and vanished without trace, but people assumed that she must have been the elf woman from Great Auk Skerry, where the man had stayed.

After this the man went mad and took to his heels. He ran to the sea and jumped off the cliff named Hólmsberg, between Keflavík and Leira, where he was instantly transformed into the worst of evil whales; and he was called Redhead, for he had a red cap on his head when he flung himself into the sea. This whale proved a great said to have sunk nineteen ships between Seltjarnarnes and Akranes. Thus many people were harmed by him. As time passed, he began to take refuge in the fjord between Kjalarnes and Akranes, and so it came to be known as Hvalfjörður (Whale Fjord). 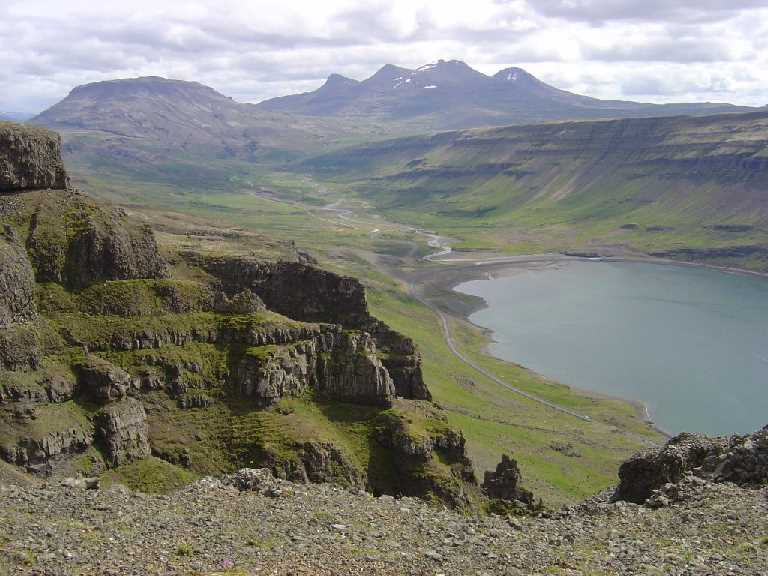 At that time there was a pastor at Saurbær, on the shore of Hvalfjörður, who was both old and blind. He had two sons and one daughter, who were fully grown and very promising. This pastor had supernatural skills. His sons often went out fishing on the fjord. One day they met with Redhead and he drowned them both. The pastor felt the loss of his sons deeply, and one day soon after this he asked his daughter to take him down to the fjord, which was not far from the farm of Saurbær. He took a stick and made his way down to the shore with his daughter’s help. Then he stuck his stick into the ground at the tideline and leant forward onto it. He asked his daughter what the sea looked like; she replied that it was mirror-smooth and calm. A little later the pastor asked his daughter again what the sea looked like. Then the girl replied that she could see a black stripe coming up the fjord, like a big shoal of fish. When she told him that the stripe had reached them, the pastor asked her to lead him inland along the shore, and she did so. The stripe kept pace with them, to the head of the fjord. 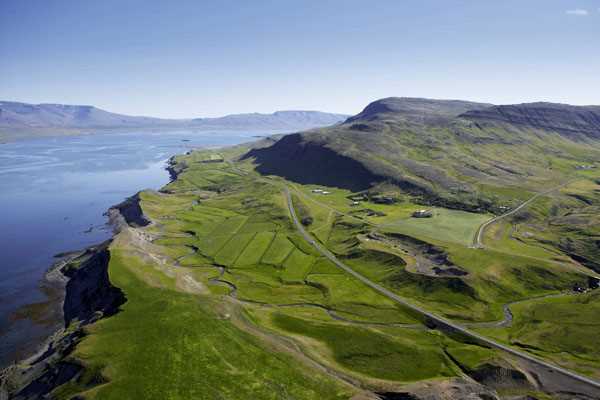 But as the fjord grew shallower, the girl saw that the stripe was the wake of a huge whale, which was swimming straight up the fjord as if he were being led, or driven. At the end of the fjord, at the mouth of the Botnsá river, the pastor asked his daughter to lead him up the western bank of the river. She did so and the old man clambered up the mountainside, while the whale struggled up the river next to them, with great difficulty, since the river was small and the whale big. When the whale reached the gully where the river cascades down off the heath, there was so little space for him that everything shook as he struggled on. Finally, as he climbed the waterfall, everything around trembled as in the greatest earthquake and the rock made a thunderous roar. This is the origin of the waterfall’s name, Glymur (Roaring), and the hills above the waterfall are known as Skjálfandahæðir (Shaking Hills). But the pastor went resolutely on, and did not stop until he had brought the whale to the lake from which the Botnsá river flows, which has been called Hvalvatn (Whale Lake) ever since. A hill that stands by the lake also derives its name, Hvalfell (Whale Hill), from this event. When Redhead reached the lake, he expired from the strain of climbing there. Nobody has seen him since, but impressive whale bones have been found at the lake and this is deemed to prove that the tale is true. When the pastor had brought the whale up to the lake, he made his way home with his daughter and everybody thanked him for what he had done.