Birdwatchers are delighted when they visit Iceland, as there are more than 300 species of birds that can be seen around the island. Iceland serves as a stopover for birds migrating between North America and Europe. Popular bird species are Gyrfalcons, Great Northern Divers, Harlequins, and Barrows Goldeneyes.

However, the birds that have become synonymous with Iceland are the adorable puffins, with their black and white bodies, bright orange feet and colourful red, blue and orange beaks. Puffins are remarkable swimmers and divers, able to stay underwater for over 2 minutes and surface with many small fish in their beaks. While exceptional in water, puffins are known for their uneven landings on land, which is part of their charm. It’s possible to see puffins during the summer in many areas including the Westman Islands, Grimsey, the Látrabjarg cliffs in the Westfjords, Hafnarhólmi in Borgarfjörður Eystri, and Papey. 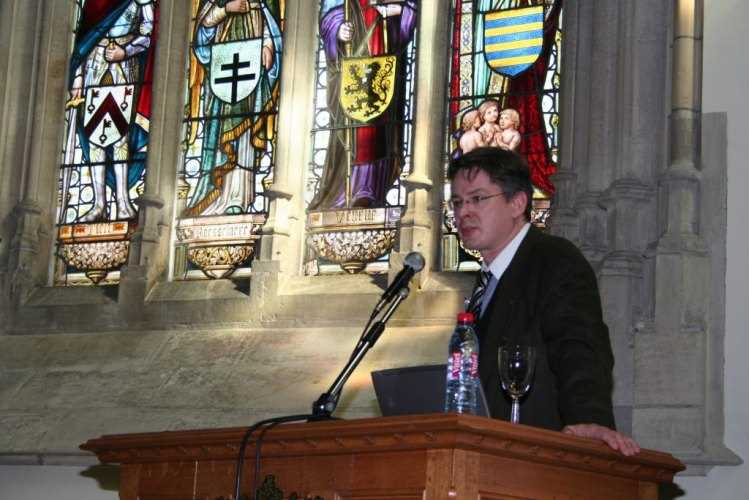 About 7.7 million puffins called Iceland home during the summer months in 2002, but their numbers have dwindled over the last 13 years, at an alarming rate. Now only 3.2 million are estimated to remain according to Erpur Snær Hansen, the Director of Ecological Research at Náttúrustofa Suðurlands (South Iceland Nature Research Centre).
Náttúrustofa Suðurlands was founded in 1996 and has a team of scientists conducting research on environmental and wildlife issues. Erpur has been investigating the puffin population of the Westman Islands since 2007 and has some startling data regarding Iceland’s puffins. 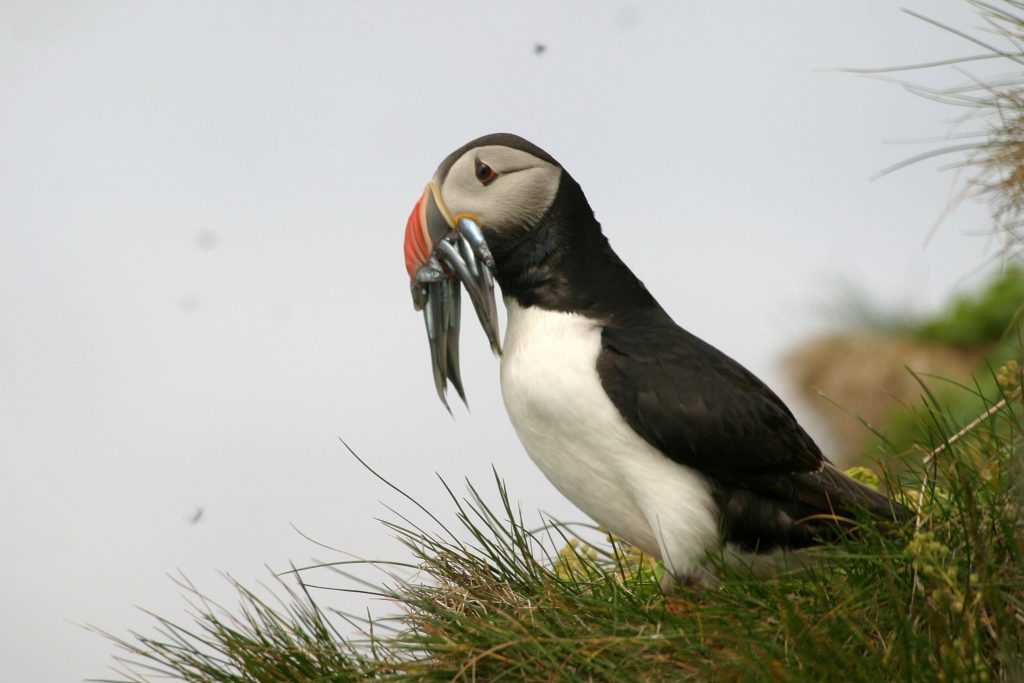 If winter surface sea temperatures remain at current levels or higher, Erpur says, then much of the puffin population of south and west Iceland will disappear in the next 10 to 20 years. “We go around Iceland twice a summer to measure chick production,” says Erpur. “We also study their diet and environment.”
Iceland’s puffin population has been struggling largely due to lack of food. “They predominantly eat two species of fish aound Iceland—capelin and sand eel,” says Erpur. “The sand eel population collapsed in 2003-2005 and has not recovered yet, and we believe that is a real problem.” The main hypothesis the agency is working on is that warmer winter ocean temperatures are lowering young sand eels’ survival as they exhaust their wintering energy reserves prior to the spring food appearance. The spring bloom has also been greatly delayed over the same time period. Lack of fat fish has caused famine for some colonies of Iceland’s puffins.
The impact is clear. Adult puffins must forage farther and come back with fewer fish for their young. Researchers are seeing puffin chicks starve, nests are abandoned, and fewer adult birds are breeding.

“This has occurred before,” says Erpur, explaining that the population dynamics are linked to a periodic warming cycle called the Atlantic Multidecadal Oscillation (AMO). Indeed, waters surrounding Iceland warmed for about 35 years, and then cooled off for another 35 years, and puffin populations have correspondingly dropped, then recovered. However, it appears to be different now. Ocean temperatures have now climbed as much as two degrees since the last cold period, but similar to the last warm period (1920-1964). Now the spring bloom is very late but it’s timing in the last warm period is unknown. The puffin chicks are feeling the impact. Even when the current warming cycle ends, around 2030, it won’t perhaps be cool enough, depending on the effects of global warming. “The warming is definitely felt in Iceland,” he says. “It makes things happen fast, and the birds are suffering.” 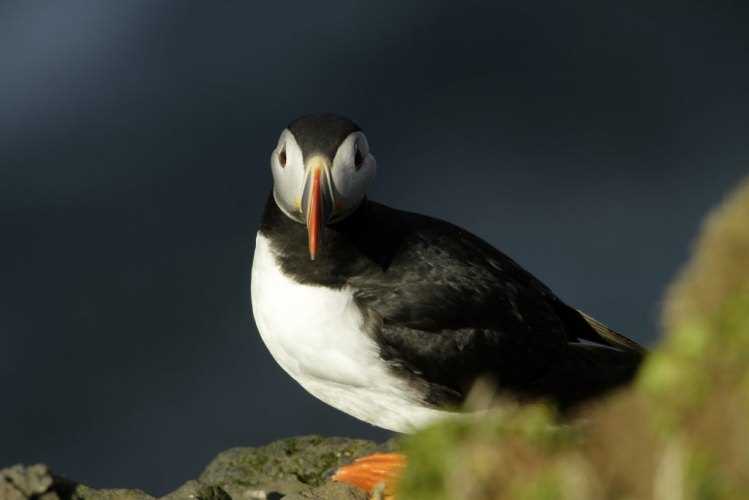 Because of the declining puffin population, the government should consider some changes, says Erpur. “The hunting is unsustainable,” he says. “We need to rethink our management system and base it on scientific measurements and on being sustainable, similar to the fishing industry here. Something needs to be done.” 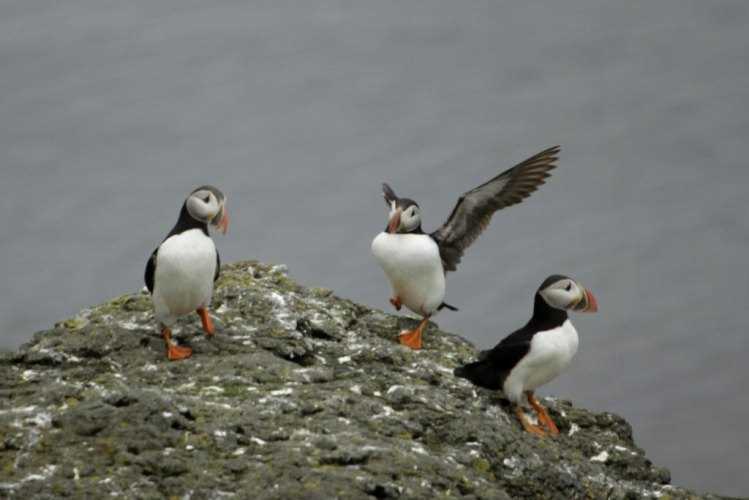 Puffins impact tourism as well, and that’s something the government need to consider, says Erpur. “Many people come from all over the world to see Iceland’s puffins during the summer months,” he says. “It’s a big part of business when you think of whale and puffin tours. Puffins are worth more money to the tourist industry alive rather than dead.” And that goes for restaurants in Iceland. “Seeing puffin on the menu at some restaurants is both embarrassing and sad,” he says. “These birds are important and we’re losing them. There needs to be a shift in thinking to help preserve puffins.” An easy and responsible solution for the government would be to ban the trade of game.