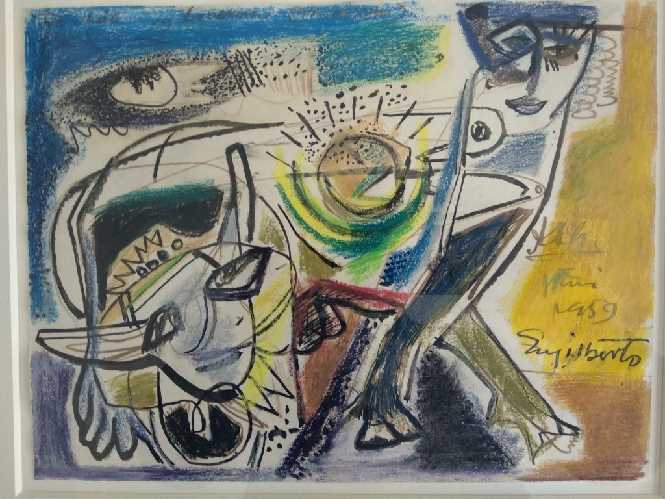 Jón Engilberts returned to Iceland in the autumn of 1940, after having lived in Copenhagen for six years. Shortly after arriving he started building a house in Reykjavík, that he designed himself along with architect Gunnlaugur Halldórsson. While it was under construction Jón and his wife were offered the use of a summer cabin in Kópavogur. During their time there Jón painted a series depicting people in landscape. Ólafur Kvaran says of them in the book Jón Engilberts: “The landscape now becomes the premise or stage of new works, addressing people in nature, or where nature itself is sensed as a metaphor for emotional experiences”. Various people have pointed out the influence of Edvard Munch, with whose art Jón became acquainted in his student years in Norway. Björn Th. Björnsson says of Evening in Kópavogur, which is closely connected with Winter Day in Kópavogur: “Here he touches the strings of the introverted, Expressionistic approach so natural to him. … The ragged landscape, with discordant and irregular colours, does not in itself convey any particular feeling, nor do the people in the foreground. But in the relationship between the people and nature, the melancholic, quivering chord begins to sound …” (Björn Th. Björnsson: Íslenzk myndlist á 19. og 20. Öld (Icelandic Art in the 19th and 20th Centuries) II, p. 99). 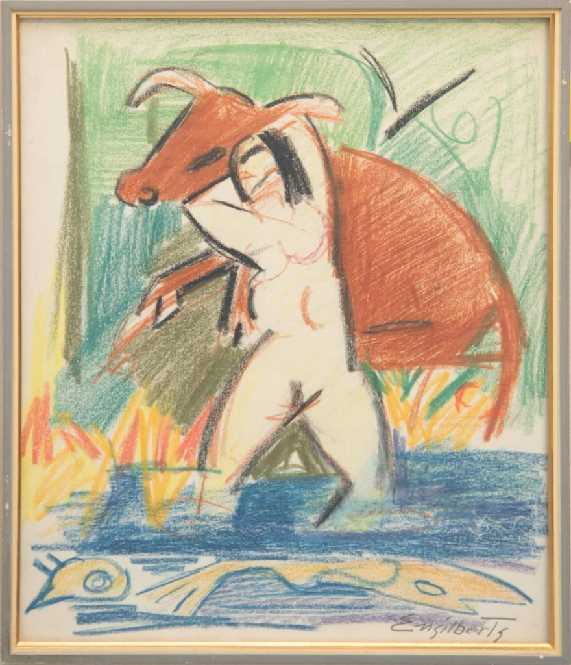 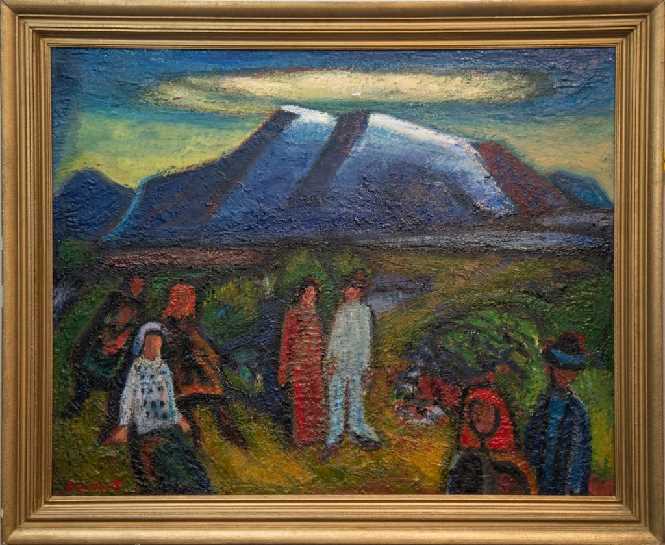 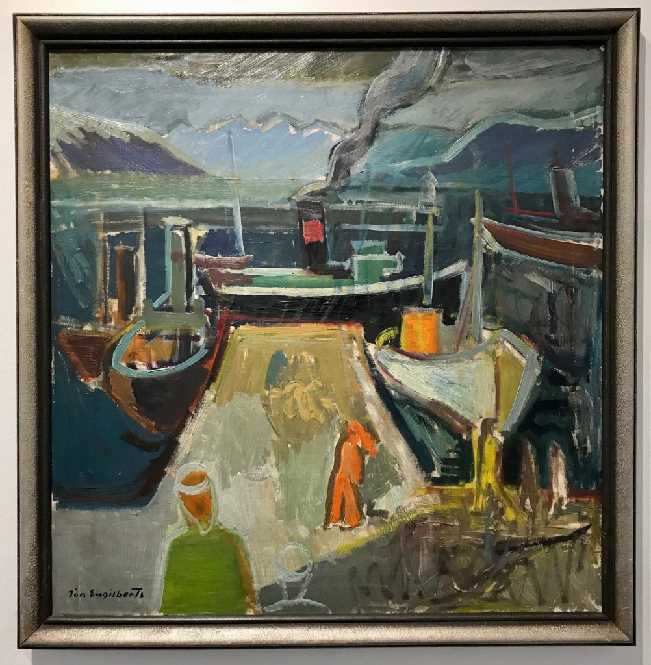 The Gallery of Sigurjón Ólafsson 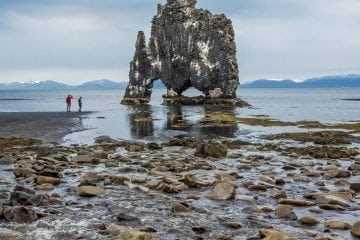