Gallery is pleased to announce the debut of Ragnar Kjartansson’s Bliss (2020).

The twelve-hour video documents Kjartansson’s celebrated durational performance of the same name, a staging of the final chapter of Wolfgang Amadeus Mozart’s The Marriage of Figaro (1786). Presented on a traditional opera set and accompanied by a full orchestra, a cast of singers dressed in rococo costumes performs the three-minute aria on repeat for twelve hours straight. The emotionally complicated repeated recital of violence, remorse, forgiveness, entitlement, love, and celebration transforms the performance into a soothing mantra, and shamanistic experience. This video was filmed at REDCAT, Los Angeles in May 2019, where the work was performed as part of LA Phil’s Fluxus Festival curated by Christopher Rountree. Bliss was originally commissioned by Performa 11 in New York in 2011.

Bliss (2020) will premiere on January 21 simultaneously at Kling & Bang in Reykjavík and at Luhring Augustine Bushwick in New York. Luhring Augustine’s presentation will be on view through February 13 as part of The Pleasure Pavilion, their ongoing series of installations that brings artists from the gallery’s program in dialogue with the façade of a late 18th or early 19th century Indian pleasure pavilion.

For inquiries or further information, please contact Geneva Viralam at [email protected] or +1 571 225 2211. 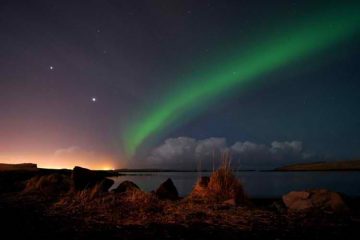