The first President of the Republic was Sveinn Björnsson 1944 – 1952, followed by Ásgeir Ásgeirsson 1952 – 1968 and the third President was Kristján Eldjárn 1968 – 1980. Vigdís Finnbogadóttir, the first elected female president in the world, was the President of Iceland in the years 1980 – 1996. Ólafur Ragnar Grímsson was president from 1996 to 2016, when the current president, Guðni Th Jóhannesson, took over.

The light was incredibly beautiful and dramatic by Reykjavíkurtjörn yesterday afternoon. The Office of the President of Iceland is the white house behind the bridge. Hallgrímskirkja is at the top left, in shadow. 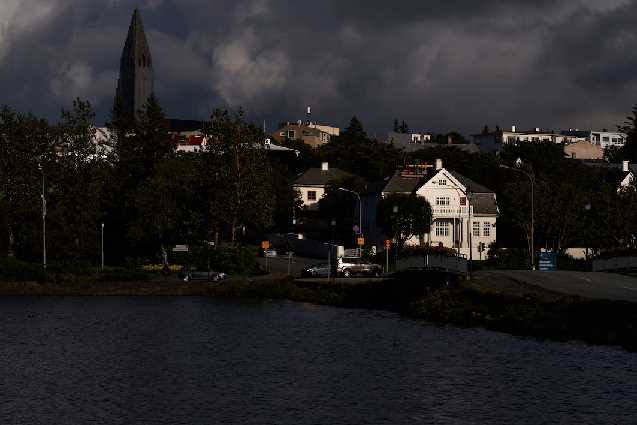