The Vikings are Coming

The Vikings are Coming
Iceland’s rise and fall in the international economic environment has catapulted the tiny nation into the headlines of renowned international newspapers, usually reserved for much larger economic heavyweights. Browsing through articles and columns written about Iceland three specific words seem to reoccur frequently; “raid”, ”invasion” and “Vikings.”

“The Vikings are Coming”, “Next generation Viking Invasion” and “Viking raids” on various companies are all actual headlines from international newspapers, printed during the economic boom in Iceland. These headlines have unfortunately been replaced by headlines such as “Iceland’s Vikings face a Long Winter.” 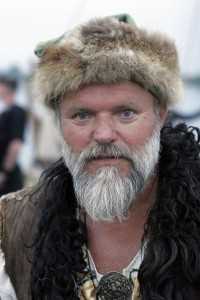 But even though most Icelanders take such comparisons to the Viking age lightheartedly and are actually proud of their Viking heritage, they beg the question of where do similarities between modern day Icelanders and the Vikings of old start, and where do they end.

The perception many non-historians have of Vikings is that of barbaric, ruthless murderers and pillagers, perhaps not unjustly given that several Vikings did in fact murder and pillage quite extensively. But this is far from being their sole legacy; Vikings were in fact master seafarers, explorers, craftsmen and traders which left behind a rich cultural legacy.

The term Viking is used collectively for people of the Scandinavian countries; Denmark, Norway and Sweden who made numerous ambitious expeditions from the late 8th century until the second half of the 11th century. With expert shipbuilding  skills and an uncanny sense for navigation these explorers traversed as far West as Newfoundland and as far East as Constantinople.

It is not fully known why the Vikings set sail for these dangerous expeditions, some say the there was land shortage in the Scandinavian countries, while others say that the Vikings were fleeing persecution  from the ruling class. In the beginningthese expeditions were primarily of the pillaging and murderous nature, which perhaps tainted their reputation for all time. But gradually the nature of these expeditions changed into trade and commerce, and soon goods were moving from east to west and back at a greater pace than ever before, which resulted in the massive expansion of trade.

While the modern day Icelandic investors obviously did not sail over to England armed to the teeth, wearing horned helmets, the comparison by the English media is understandable. During the height of the Viking age, ca. 1000, Danish and Norse Vikings controlled large areas of Britain and Scotland. The Danes ruled primarily in the east of England (Danelaw), while Norwegians occupied Scotland and its islands. The Viking age then came to an end in 1066 by the Norman conquest of England when William the Conqueror defeated the English army at Hastings, but the Viking influence does not stop there however, as Normans were descendants of Viking conquerors in Northern France.

When Icelandic investors started buying up renowned English companies, the comparison was perhaps too obvious. The connotation with violence and bloodshed might be considered unfortunate, but then again it might not be that easy to find a clever historical comparison without bloodshed in European history. The Vikings possessed qualities which many Icelanders admire; bravery, entrepreneurship, daring and pride and even though the latest “Viking invasion” turned out to be a disaster,  these values will still be printed firmlyin the Icelandic psyche for years to
come.