The wool factory Álafoss, named after the Álfafoss Waterfall has a remarkable story. Björn Þorláksson (1854-1904), a farmer in Varmá, founded the wool factory by Álafoss Waterfall in 1896. The waterfall determined the factory’s location, but Varmá is warm and never freezes (Varmá translates to Warm River). At Álafoss, the first motorized clothing factory in Iceland was established under the management of Halldór Jónsson (1871-1941) in 1901. In the 1930s, weaving for clothing was begun, and a sewing studio that produced clothing under the motto Álafossföt-bezt (Álfafoss clothes are best). Álafoss had a state of the art wool washing station, carpet manufacturing, and of course, the production of wool blankets. All Icelandic households had at least one Álafoss wool blanket. From the middle of the last century, Álafoss was the second largest industrial company in Iceland, with hundreds of employees. Álafoss went bankrupt in 1991, as the wool, which has kept Icelanders warm for over a thousand years, has been in fierce competition with new materials such as fleece and Gore-Tex. 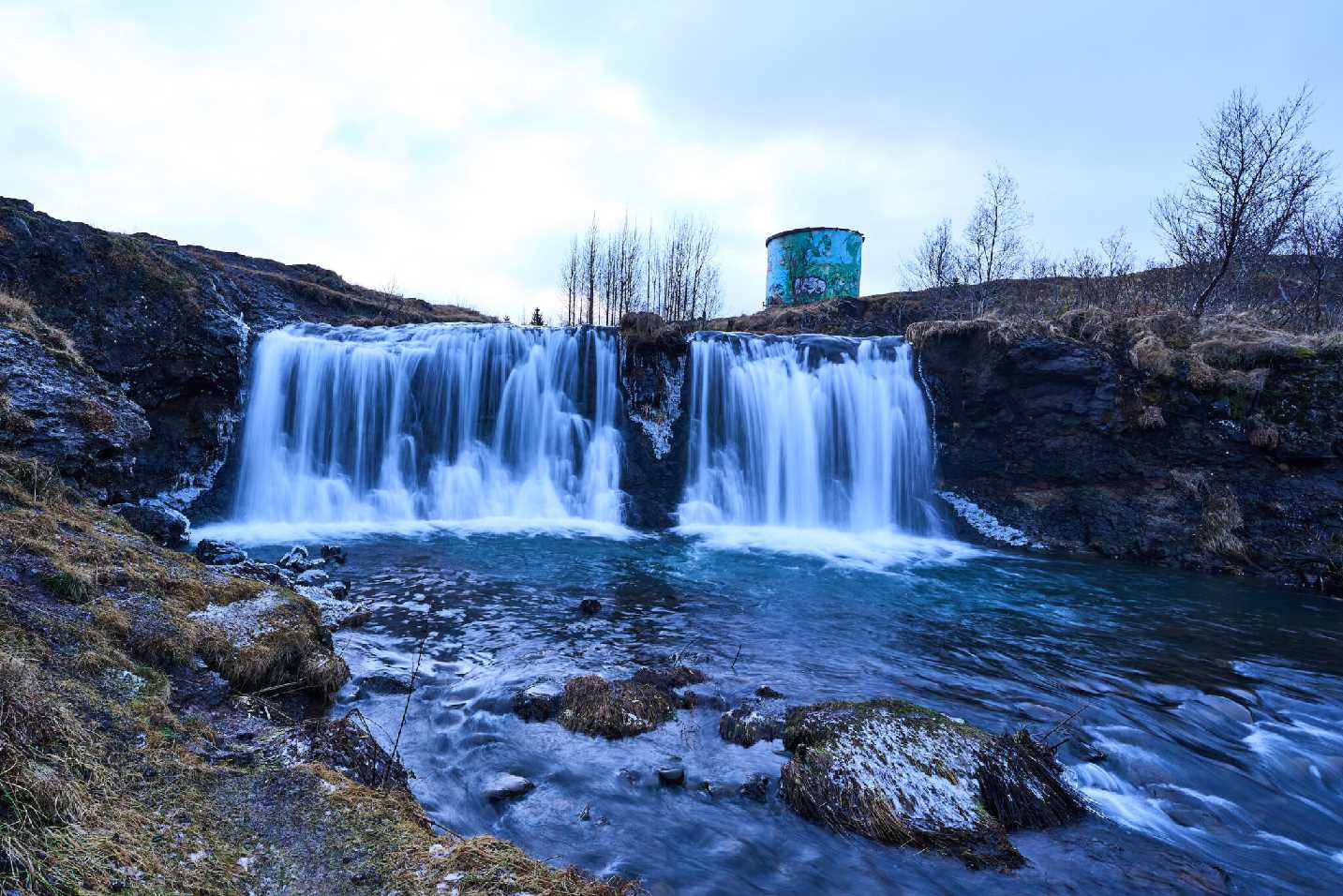 Álafoss waterfall was protected in 2013 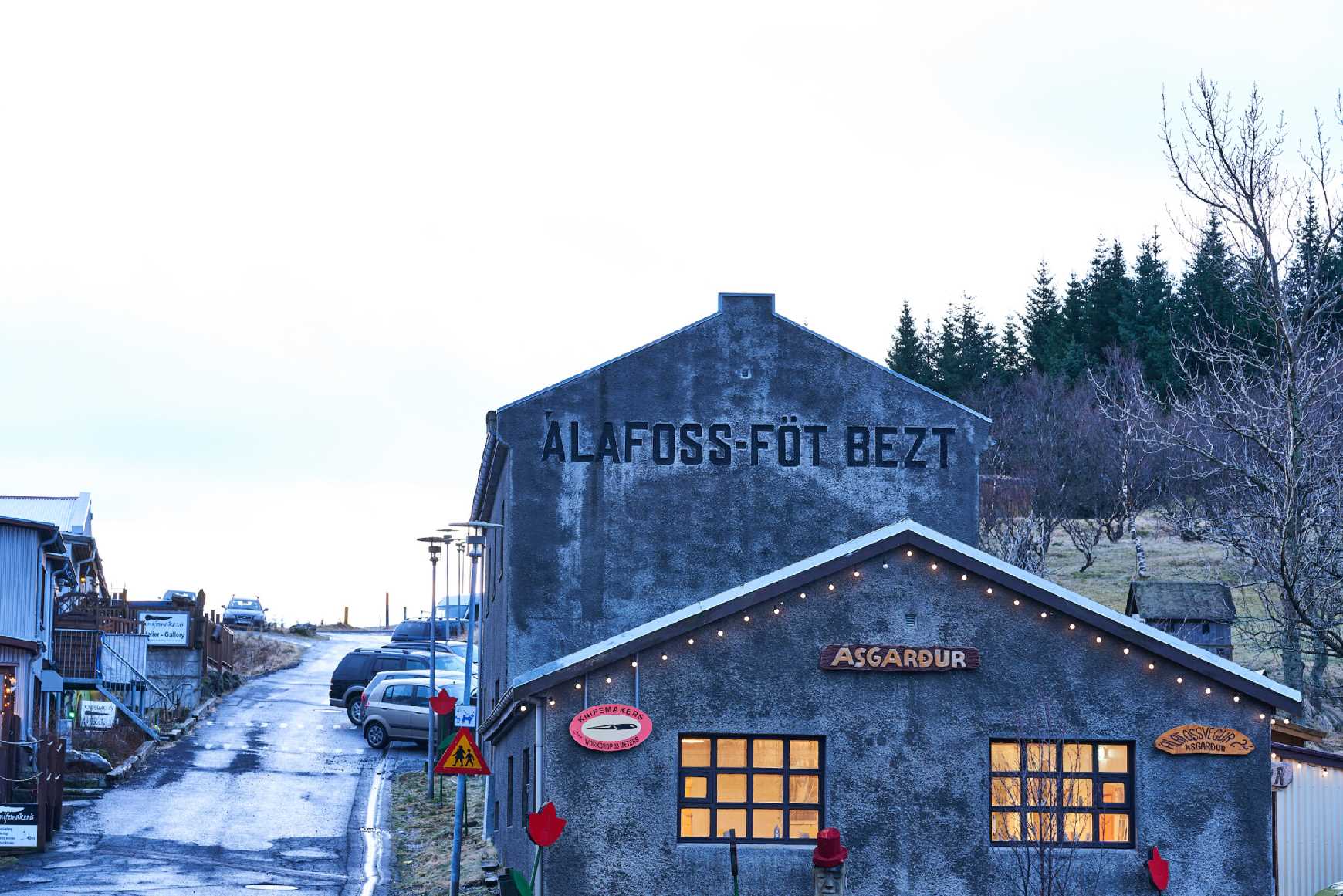 The Álafoss dell, where hundreds of people worked for decades in the wool industry. Many of the structures still stand as a monument to a bygone era.