Birdlife and the lighthouse in Akranes

Breiðin is the westernmost part of the Akranes peninsula and it is the site of one of the country’s oldest concrete lighthouses, built in 1918. At low tide, it is possible to walk out to and go up into the smaller lighthouse to enjoy the beautiful view it provides. This summer, the larger lighthouse will also be open to the public. 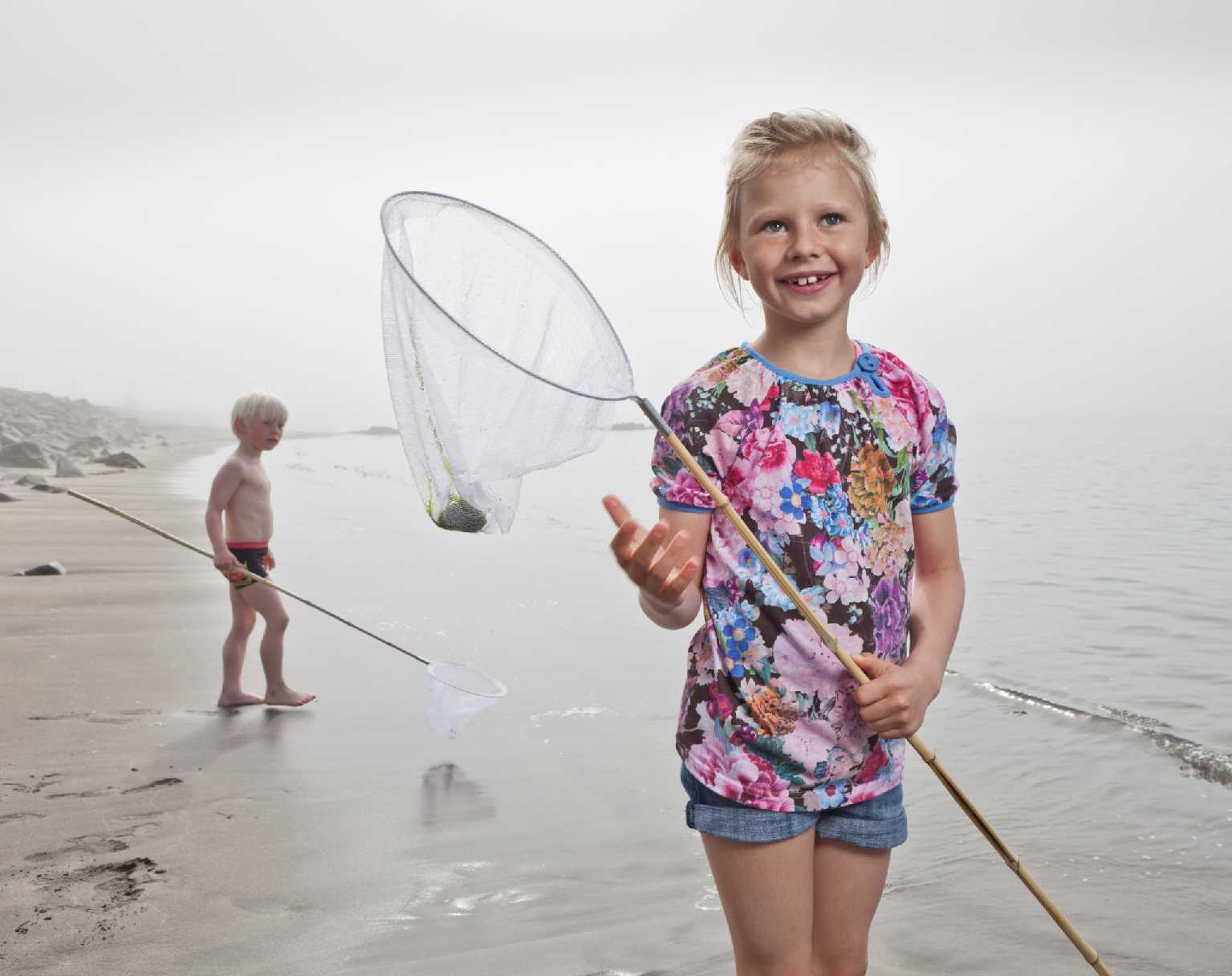 From Breiðin, there is an impressive view over the whole of Faxaflói bay, its rich birdlife, and surf-beaten rocky beaches. The sight will leave an impression on anyone, whether in nice weather or storm-tossed seas. The view from the lighthouse is unique and photographers have taken full advantage of the facilities.

The birdlife by Breiðin is diverse all year round. Common Eider is by far the most conspicuous species of bird. The largest flocks are seen in late winter when capelin migrates to the area, at which time the birds can number in the thousands. There are usually one or more King Eiders in the flock and they are even seen inside Akraneshöfn harbour. This colourful relative of the Common Eider comes here from Greenland where it nests, and the drakes sometimes pair up with local female Common Eiders and settle in Common Eider colonies. 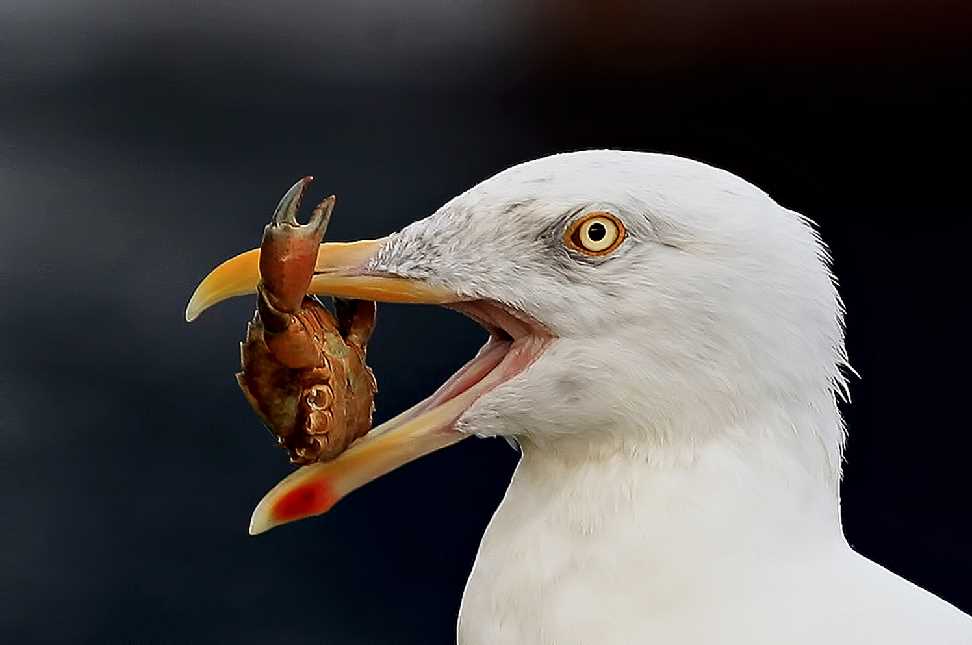 Other species of ducks can also be found around Breiðin and Akranes. Small flocks of the colourful Harlequin Duck are seen there throughout the winter. The loud and lively Long-tailed Duck is also a sea bird in winter and often mixes with flocks of Common Eiders. Red-breasted Mergansers are seen year round, but Mallards are most frequent in the winter time.
Purple Sandpipers are the most common waders on the rocks around Breiðin where they often form flocks. A few Eurasian Oystercatchers are seen all winter, but they increase in number during the spring and even nest high up on the beach which is something Ringed Plovers also do. A few Ruddy Turnstones are found among the Purple Sandpipers.

Northern Fulmars are common sea birds around Akranes where they feed on, for instance, capelin and fish waste. They sometimes appear in large flocks by sewers and in the harbour. Gulls are attracted by similar food, and the main gull species seen by Breiðin are Herring Gull, Great Black-backed Gull, Glaucous Gull, Iceland Gull, Black-headed Gull, and Black-legged Kittiwake. The Iceland Gull is a winter visitor from Greenland, but the others are Icelandic nesting birds. Eurasian Wrens are sometimes seen among the rocks, and European Starlings and Ravens search for food on the beach.
One may expect to see various other birds, but they are too numerous to mention here.

When schools of fish are close to shore and even at other times, it is not uncommon to see whales rolling at the surface. Mostly seen from land are White-beaked Dolphins and Killer Whales, but Minke Whales also appear. Common Seals sometimes lie on the rocks out from Breiðin.

If we move a bit beyond Breiðin and specifically north and east along the shore, we see a number of coves and inlets with diverse birdlife. Among these are Kalmansvík, Höfðavík, and Mjóivogur. Blautós is a long, narrow cove which is enclosed by Innstavogsnes peninsula. The cove and peninsula are protected by nature conservation laws. At low tide, the cove dries up and great mudflats are revealed which attract birds by the thousands; for example, Red Knots and Brent Geese. These birds stop here on their way between wintering grounds in Europe and breeding grounds in the Canadian Arctic. Brent Geese stop here for two months each spring to build up fat reserves for the long and difficult migration over the Greenland ice sheet and then begin egg-laying while vegetation is still sparse on the nesting sites. 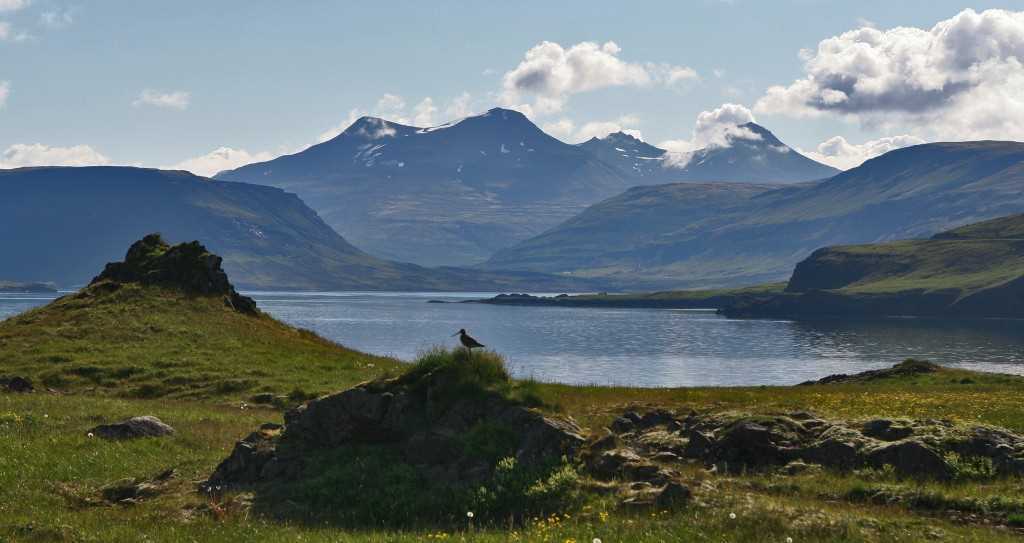 Still further along the shore, we see Grunnafjörður fjord. The fjord is large and shallow and contains vast lugworm flats that are revealed at low tide. Grunnafjörður is one of six so-called Ramsar sites in Iceland, which means that the area has been designated a protected area under the international Ramsar Convention on the protection of wetlands that are of major importance for birdlife. Grunnafjörður is important for many species of birds. The area is internationally important for Brent Geese, Red Knots, and Sanderlings. Approximately 25% of the Brent Goose population stops in Grunnafjörður on its way from the European mainland to the Arctic in both spring and fall, as well as around 1% of the Red Knot population. This is the largest wintering ground of Eurasian Oystercatchers in Iceland, and a staging ground for great numbers of Ringed Plovers, Dunlins, Purple Sandpipers, and numerous other birds. Rare breeding birds include Common Shelduck, and White-tailed Eagles are sometimes seen soaring overhead. A number of other birds may be expected in Grunnafjörður, but access to the area is rather difficult.

Akranes is only a short distance from Reykjavík. If you take the 5 km long and 165 m deep Hvalfjörður Tunnel, the drive takes just over 30 minutes. 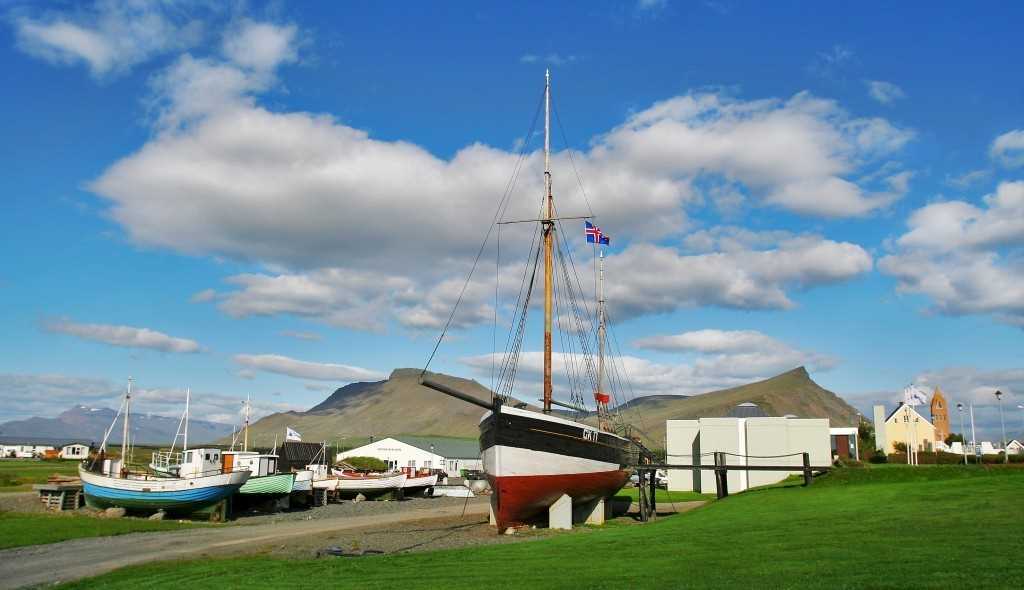