The esthetics of Icelandic nature is legendary. People are mesmerised by her beauty, often coming away with a profound sense of having discovered new realms that had hitherto only been found in the pages of books, or seen in the mystical landscapes of film and television. It’s easy to get lost in the profound sense of wonderment that is Icelandic nature. The elements, however, can take their toll, as the wind and rain soaked landscapes sometimes force visitors to take shelter. While travelling the south coast road towards Vík, there is one such place in particular that stands out. A few hundred meters to the east of the iconic Skógarfoss waterfall lies the Skogar Folk Museum. While the unassuming cluster of buildings is sometimes overlooked by the crowds that flock to the falls, it really should be on the radar of everyone who seeks a more indepth understanding of Icelandic history and culture. 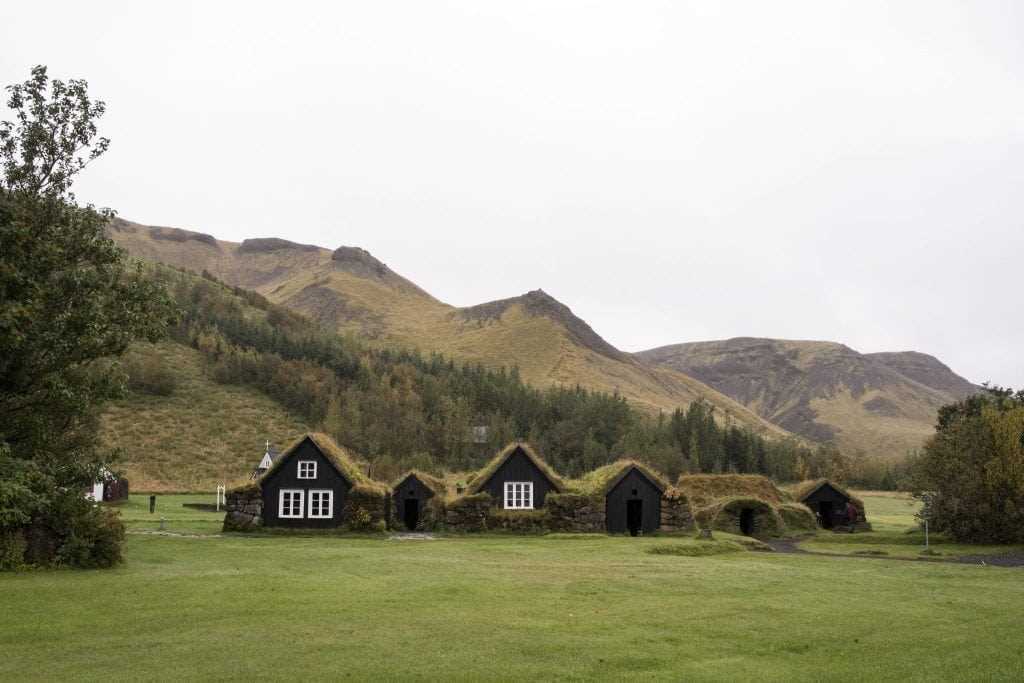 Preserving Iceland’s past for future generations

The museum was founded on the initiative of Thorður Tómasson, a forward thinking Icelander who began collecting as a young teen in the 1930s at a time when modern technology was swiftly replacing a thousand years of a traditional way of life. Realising the importance of preserving Iceland’s unique cultural heritage, Thorður went from farm to farm, writing down the stories and anecdotes of the older generation and collected thousands of cultural artifacts along the way. It was Thorður’s foresight and enthusiasm that has helped ensure that Iceland’s unique cultural heritage is not lost for future generations. 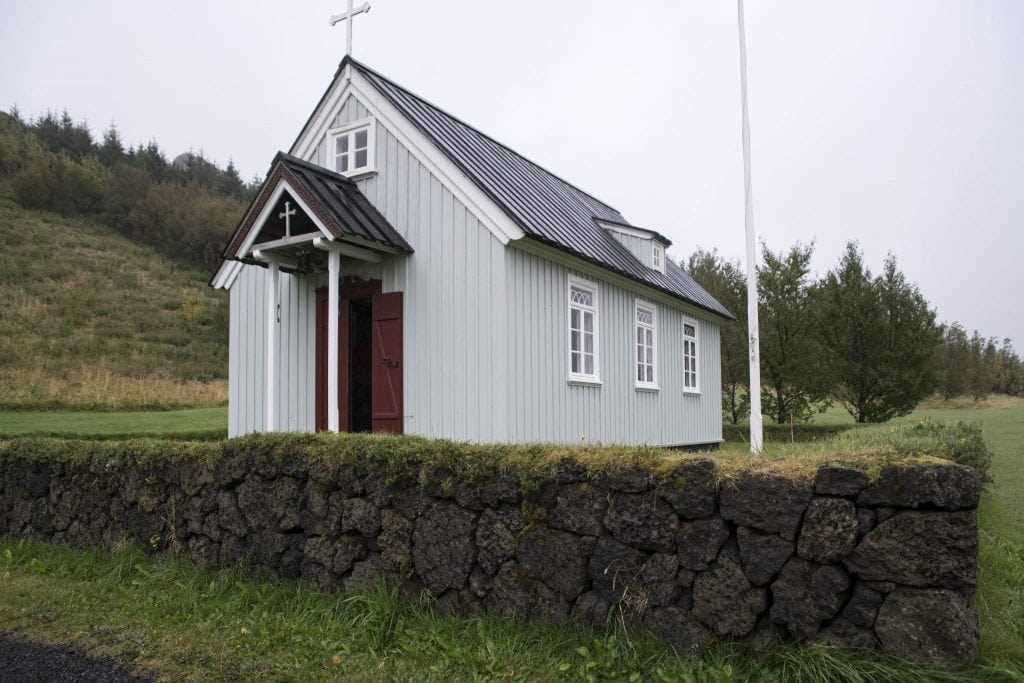 The museum’s modest admission fee of 2000 ISK gives visitors access to the entire museum complex that is spread out over three permanent exhibitions─the Heritage Museum, The Open Air Museum and the Museum of Transport and Communication, all of which provide visitors with a rare glimpse into an Iceland of a bygone era.

It is without question that one of Skógasafn’s most endearing elements is its open air museum with its beloved collection of 19th and early 20th century turf buildings and wooden houses. The buildings were brought in from surrounding counties and moved to Skógar where they were restored to their original standing. The small chapel, while new on the outside, is filled with fine relics gathered from churches around South Iceland and the turf houses were a way of life in Iceland for hundreds of years. 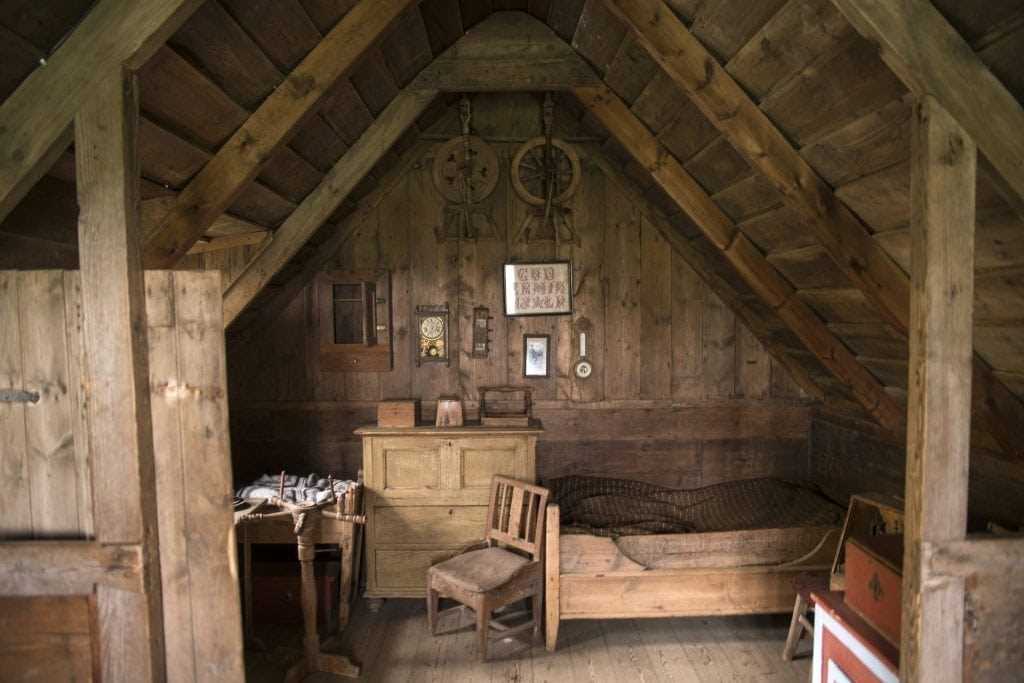 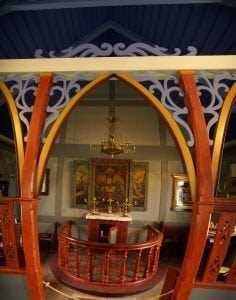 Household items, farming and fishing implements, ornate wooden chests, decorative items of brass, silver and gold, as well as traditional clothing and artifacts dating back to the Viking Age are just a fraction of the thousands of items to be found in the Heritage Museum. The centrepiece of the museum is the eight-oared fishing boat, the Pétursey, built in 1855, which was in use in nearby Vík until 1946. The Transport and Communications Museum tells the story of the history and evolution of transport, communication and technologies in Iceland in the 19th and 20th centuries, from the age of the work horse to the digital

communication of today. Housed in a large and modern exhibition hall, the Transport Museum also contains an excellent café that serves soups, sandwiches and desserts, as well as a delightful souvenir shop that offers a variety of local handicrafts and other items not found elsewhere in Iceland.

The museum is located one minute from Skogar Waterfall, just off Ring Road 1, 30 km west of Vík and 150 km east of Reykjavík.