The Gateway to East Iceland
Djúpivogur Municipality is Cittaslow

Located on a peninsula in south eastern Iceland, near the island of Papey and on the fjord Berufjörður, lies the beautiful town of Djúpivogur. 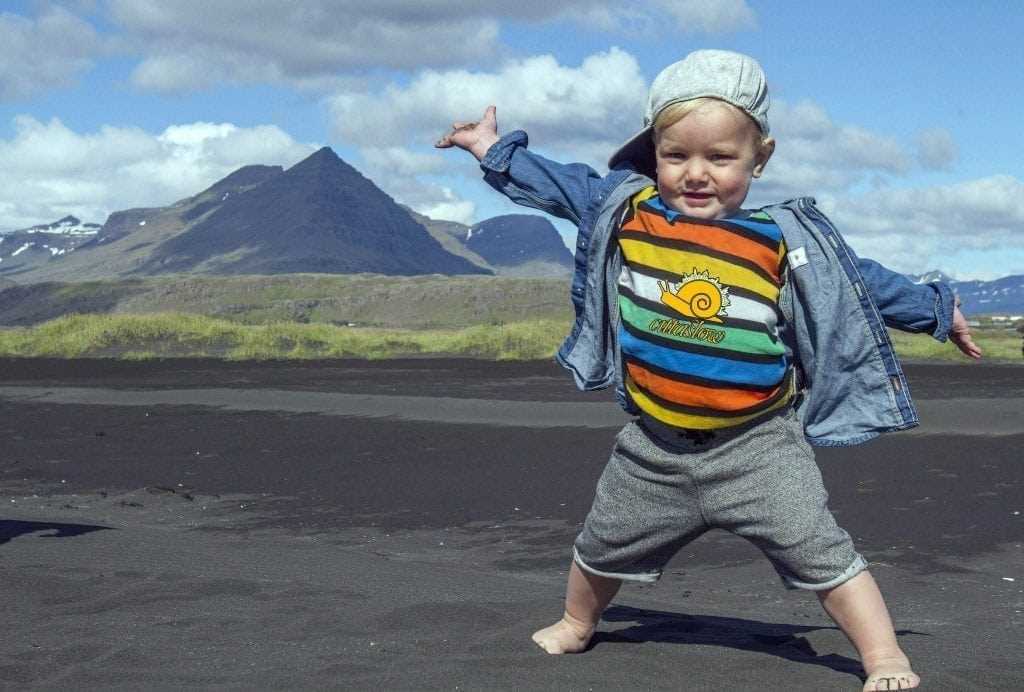 The whole of Djúpivogur municipality (Djúpavogshreppur) is enclosed by magnificent nature as fjords cut into the coast and waves of the North Atlantic Ocean crash on the shores. Surrounded by a variety of small islands, skerries, rocky points or rock reefs, the location offers a refreshing look at Icelandic nature. Family friendly sand-beaches, both black, light and slightly red in colour, exquisite waterfalls, magnificent mountains along with vegetated valleys – and even a few glaciers.

An area, perhaps isolated, but bursting with amazing history and great stories. Where nature awareness is a big part of life and the community is not ready to accept the fast lifestyle accommodating larger places.

Where an air of serenity occupies the land and the living. 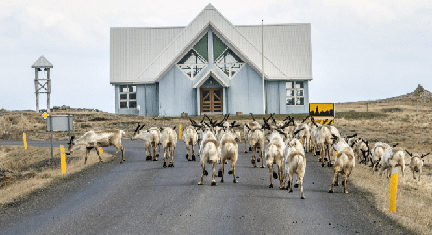 Nature at its Richest
Nature plays a big part of life in Djúpivogur. Birdwatching is extremely popular as wetlands offer diverse birdlife, hiking paths are all over and a special, well detailed map is available for those longing to enjoy nature on foot. Extensive development has taken place in the region for the past years and will continue – as paths, signs and other landmarks are being prepared and put up. 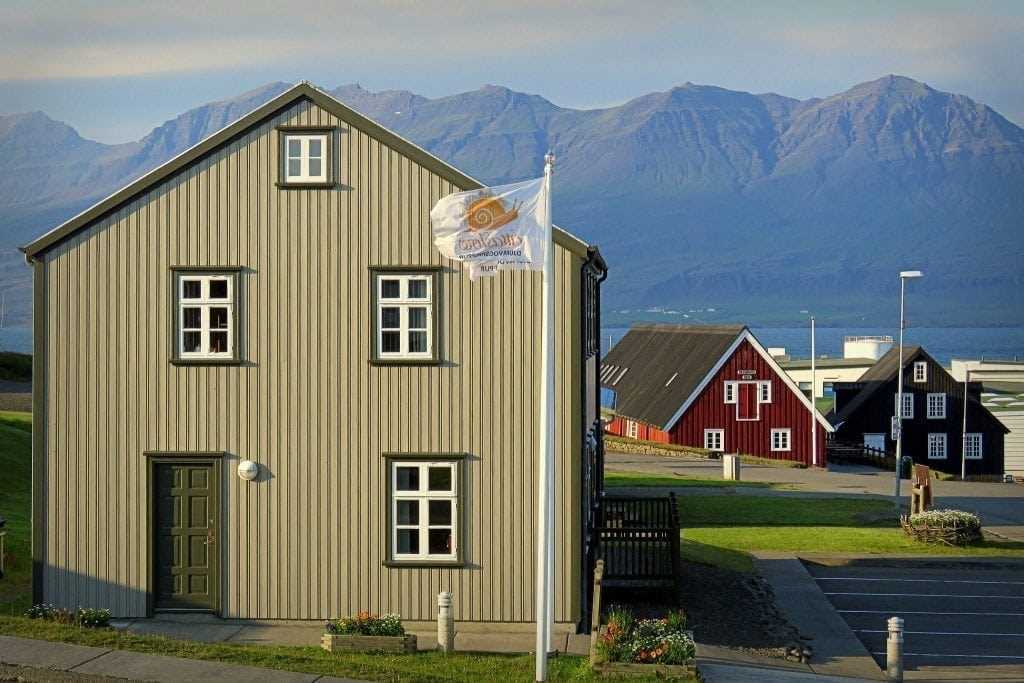 Large groups of reindeer are around for a large part of the year and seals can be found sprawling around the coastline.

Nature conservation in Djúpivogur is an important topic – the community being the first municipality to protect invertebrate fauna, e.g. the Agabus uliginosus, which is a species of beetle native to the Palearctic, including Europe. 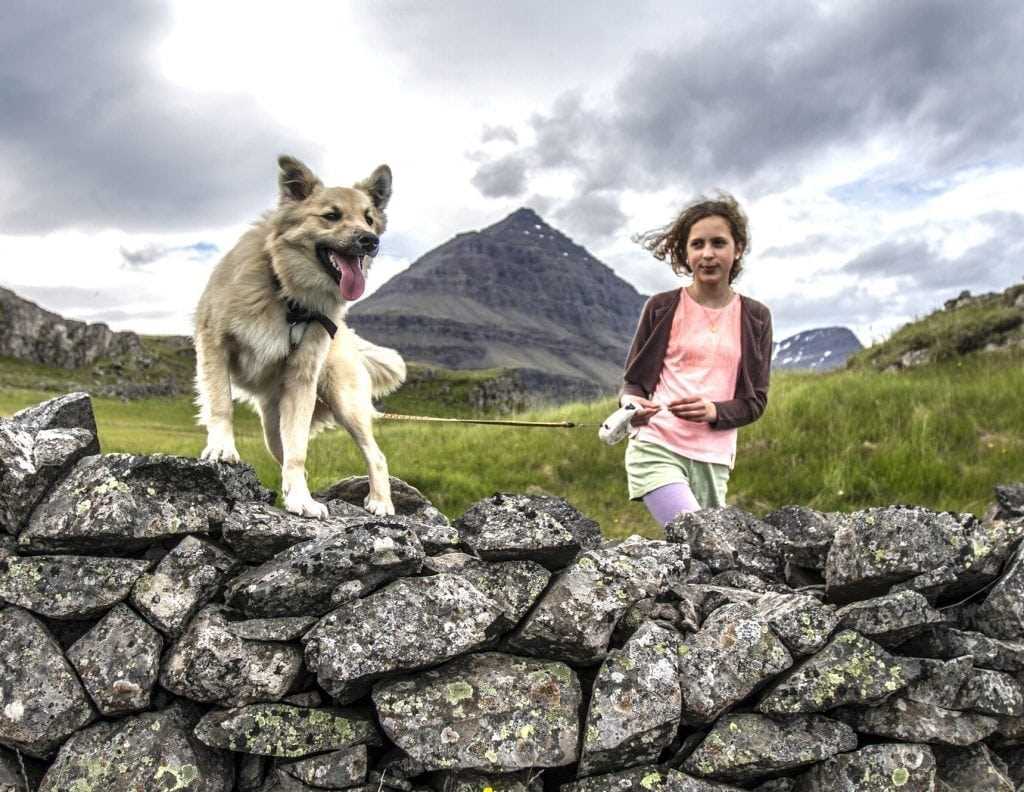 While the area is widely known for its cultural and natural sites, Teigarhorn has to be the most famous nature conservatory. It is renowned worldwide for its zeolites and the sight of the crystals in their natural surroundings is quite amazing. The area of Teigarhorn is preserved since 1975, when declared a national monument and protected by the Nature Conservation Act. 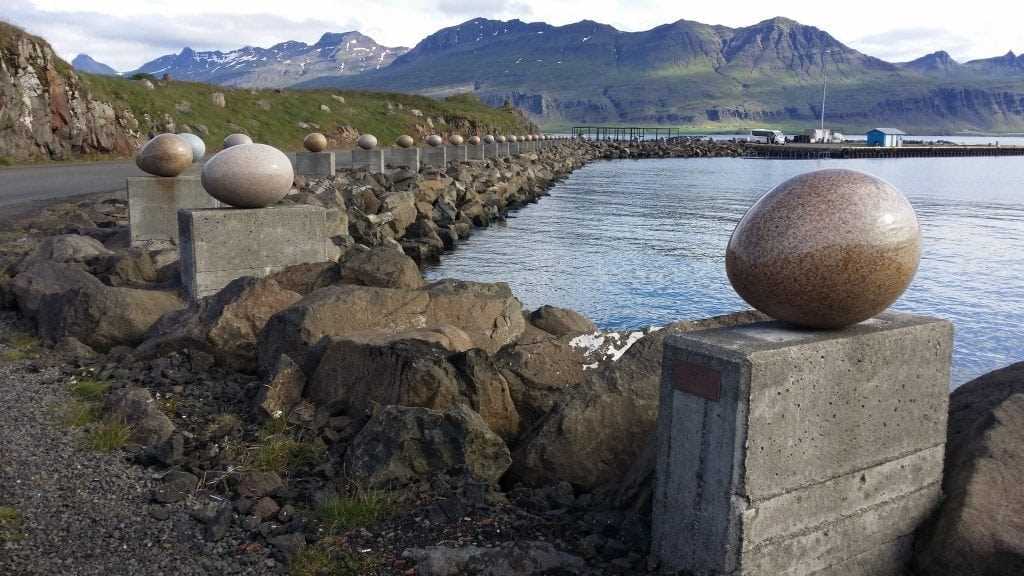 Djúpivogur municipality’s most famous artwork is the Eggs of Gleðivík, which is an outdoor artwork made by the Icelandic artist Sigurður Guðmundsson. The artwork consists of 34 eggs, one representing each of the species of local birds. The eggs are all similar in size except for one, which is the largest one and belongs to the red-throated diver, the characteristic bird of Djúpivogur. 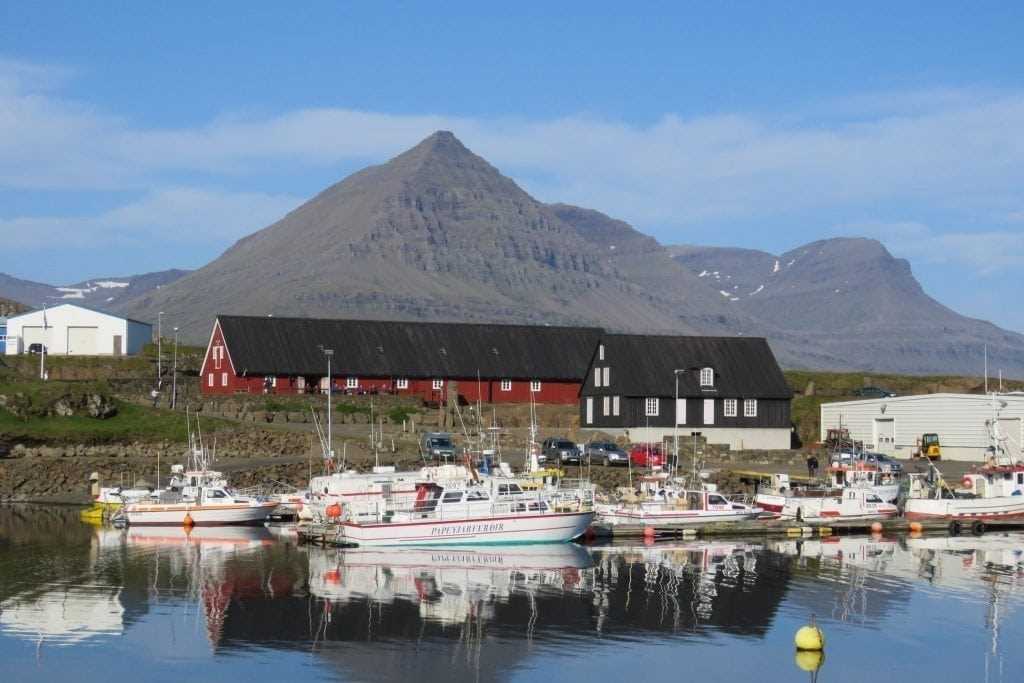 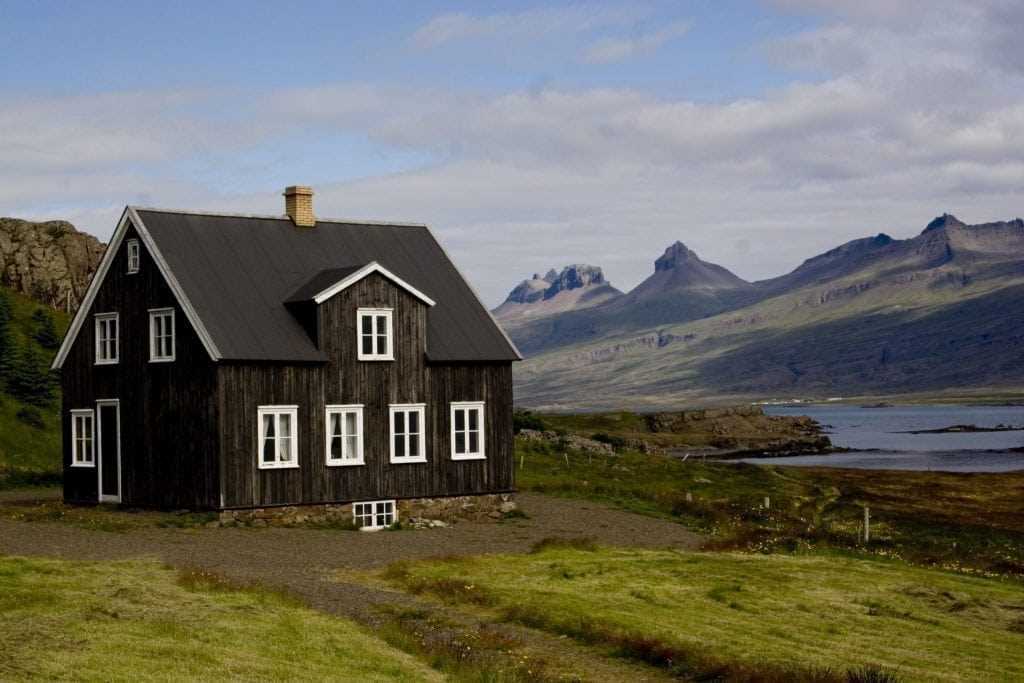 History Every Step of the Way
In Djúpavogshreppur, history is at every footstep. The old Icelandic sagas mention the existence of Irish monks called Papar living on the island Papey before the settlers came, as well as the wintering of the Norwegian viking Ingólfur Arnarson and his foster brother Hjörleifur in Álftafjörður fjord. Ingólfur Arnarson later became the first permanent settler of Iceland.  Treasures have been found in the area by Bragðavellir, containing Roman coins since 300 A.D, shedding a light on Roman ships arriving on the shores of Iceland. More recent sources reveal the arrival of merchants from Hamburg settling in Djúpivogur in 1589, the terrible abductions of many of the area’s residents by pirates from Morocco and Algeria in 1627, and a flourishing fishing industry in Djúpivogur.

Cittaslow – Live in the Moment
Djúpavogshreppur has been part of the Cittaslow movement since 2013 and its residents are known for being both grounded and mindful of their surroundings. Cittaslow is an organisation founded in 1999 in Italy, which goals include improving the quality of life in towns by slowing down its overall pace, focusing especially on a city’s use of spaces and the flow of life and traffic through them. Cittaslow is part of a cultural trend known as the slow movement and their logo is a promise of quality. The Local Supporters of Cittaslow – Djúpavogshreppur use the Cittaslow logo  as a  seal of approval for products preferably originated in the county, whether it is food, craft or something else. 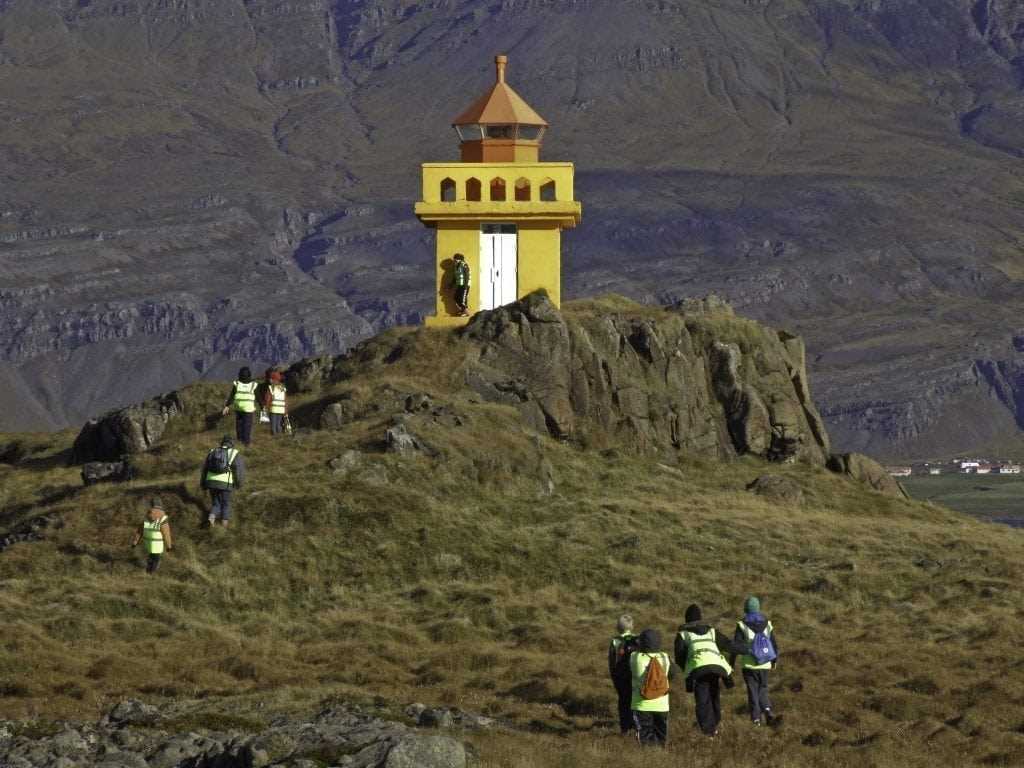 “Forget Reykjavik, this is the Real Iceland”

With a population of roughly 450 people, the local families flourish. Djúpivogur schools are Green Flag Schools and great emphasis is placed on creating an attractive and supportive community where eco-friendly businesses are supported. 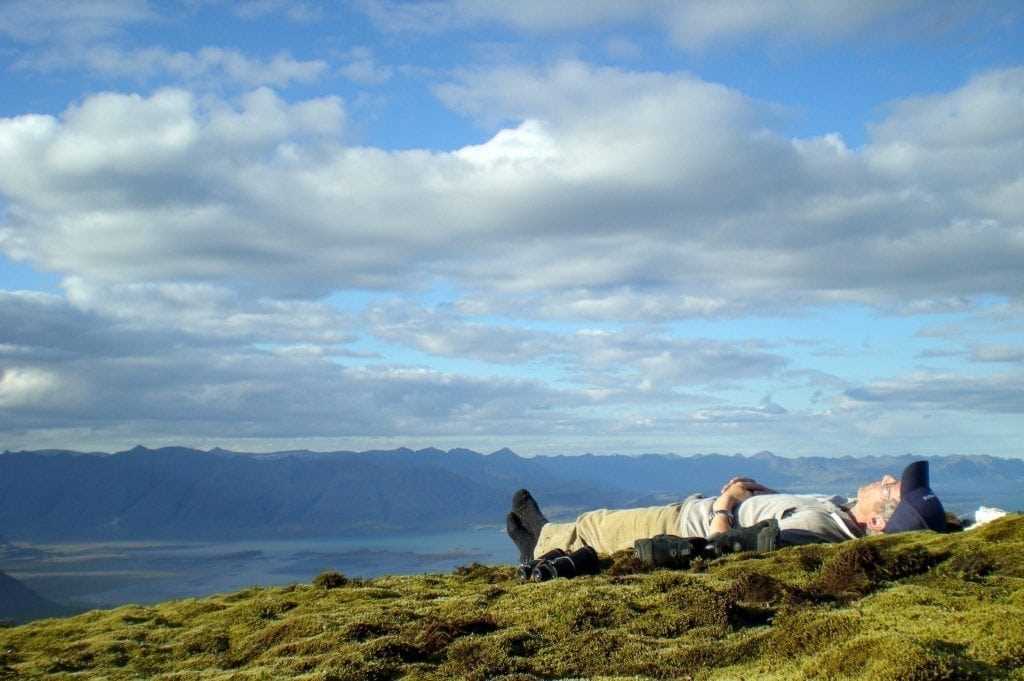 In summing up life in Djúpivogur, one poignant phrase written by an enthusiastic blogger comes to mind: „Forget Reykjavik, this is the Real Iceland“. –SP