Lakagígar is a 25 km / 15 mi long series of craters southwest of Vatnajökull Glacier and part of Vatnajökull National Park. Lakagígar was created in the Skaftá-fires in 1783 – 1784, one of the largest eruptions in Icelandic history. The lava, Eldhraun, which covers 600 square kilometres of land, is one of the largest lava flows in human history. During the eruption, 135 craters formed, rising from lava fields and ash and volcanic steam, which caused much haze and fog over Iceland. The mist then swept across Europe, Asia, and North America, causing livestock to collapse and crop failures worldwide, making the eruption one of the deadliest in human history. It was called the Mist Hardship and was the biggest hardship that hit the Icelandic nation. It is estimated that 75% of livestock and one in five people, or about 10,000 Icelanders, died in these disasters almost 240 years ago. 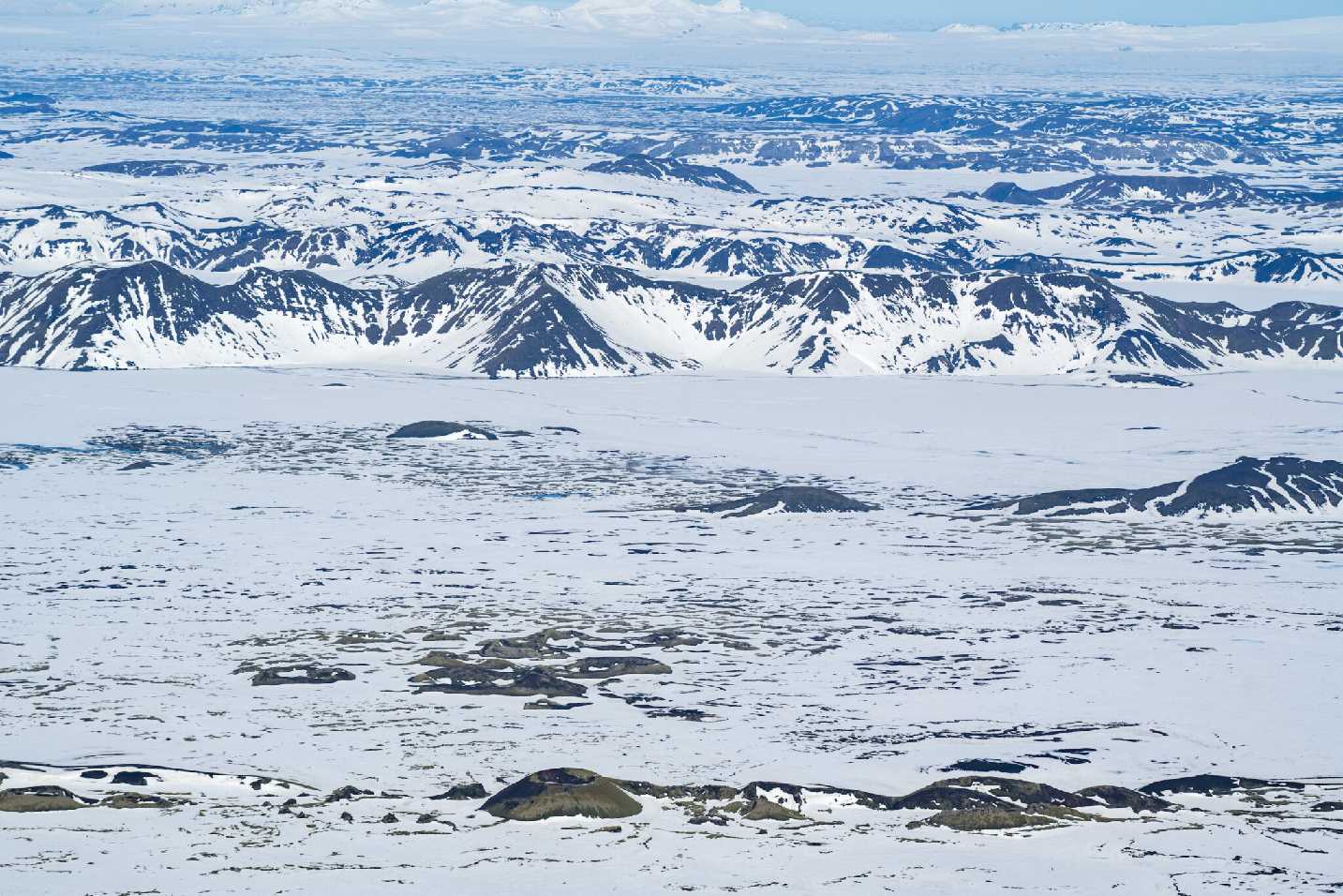 View from a small plane to the northwest over the highlands of Iceland. Lakagígar Craters in front, then Fögrufjöll Mountains, and Langisjór Lake. Farthest in the distance are Kerlingarfjöll Mountains. 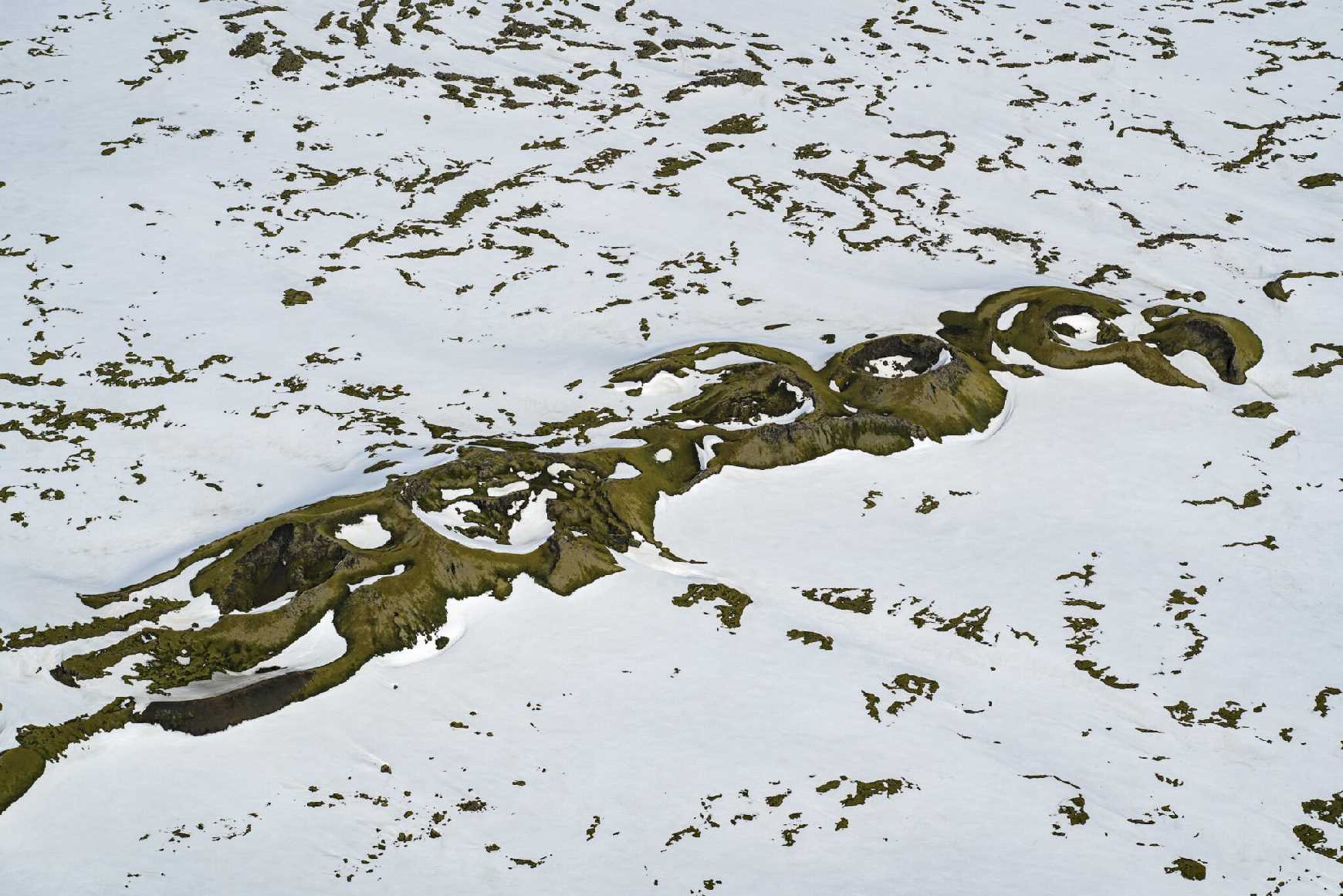 A part of Laki Craters, a 25 km long series of craters. The snow is melting, showing the craters’ mossy hills.