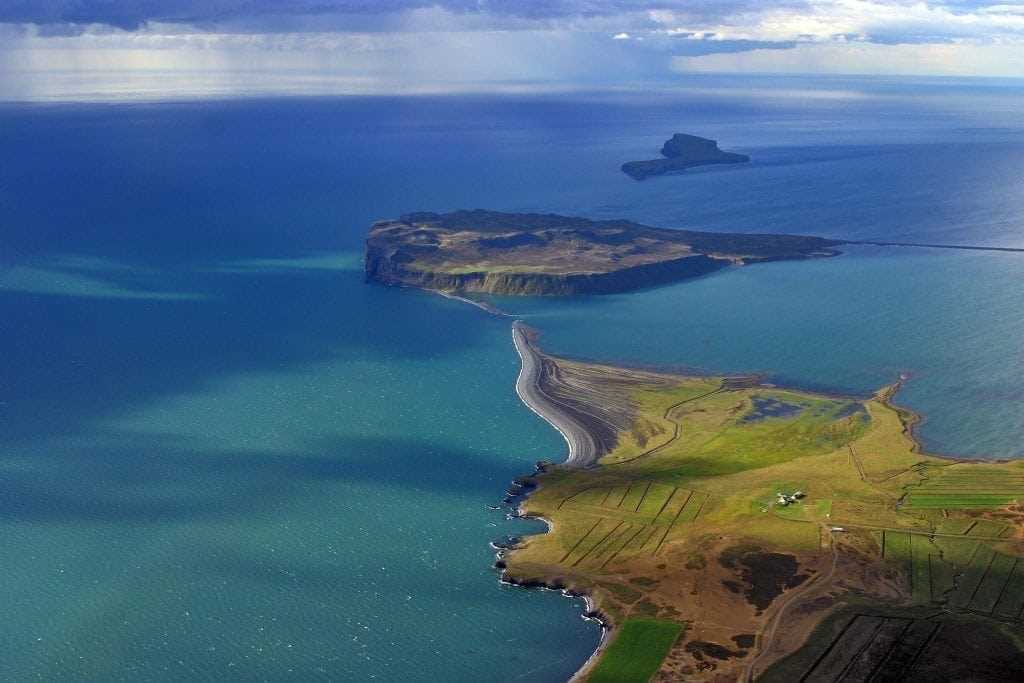 Grímsey is situated on the Arctic Circle 41 kilometres off the North coast
of Iceland. It is 5.3 square kilometers and 5.5 kilometres long.The island
is formed by volcanic rock which in places creates beautiful basalt pillars.
On the East side the island rises to 105 meters above sea level but is lower
on the West side by the island’s harbour and village. On a clear day there
are spectacular views from the island over to the Icelandic mainland.
Grímsey has been inhabited since the Viking settlement of Iceland. Its
abundant resources of fish and birds were widely renowned. A legend ties
the name of the island to a settler named “Grimur” who sailed from the
“Sogn” district in Norway, but there may be other explanations for the
name which also occurs in Scandinavia and the UK. In the past the island
was owned by monasteries on the northern mainland and the island’s
farmer tenants had to pay them the annual rent in dried cod. 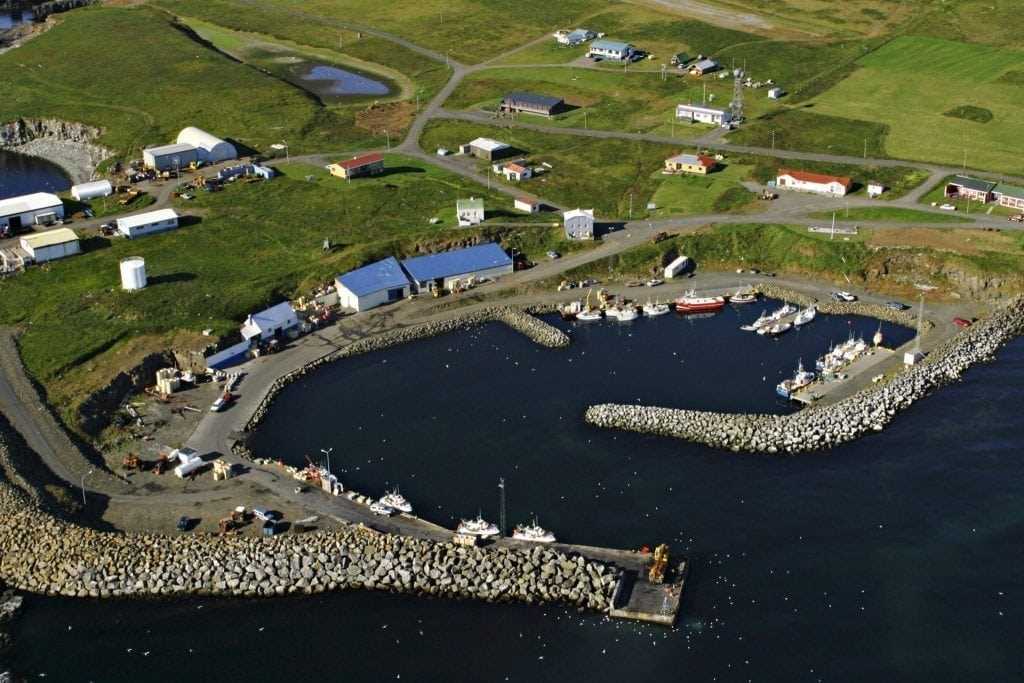 The present population is around 80 inhabitants. Subsistence farming,
bird hunting and egg gathering were formerly of great importance to the
locals. This has greatly changed in recent years as the focus has shifted
on to modern style fishing methods and fish processing for international
markets.
For Grímsey, tourism is a growing industry, giving locals new opportuni-
ties for employment. A shop, guesthouses, campsite, gallery, café, restau-
rant and a swimming pool are some of the facilities on the island. Regular
flights from Akureyri and ferry links from Dalvík, year round, makes visit-
ing easy. 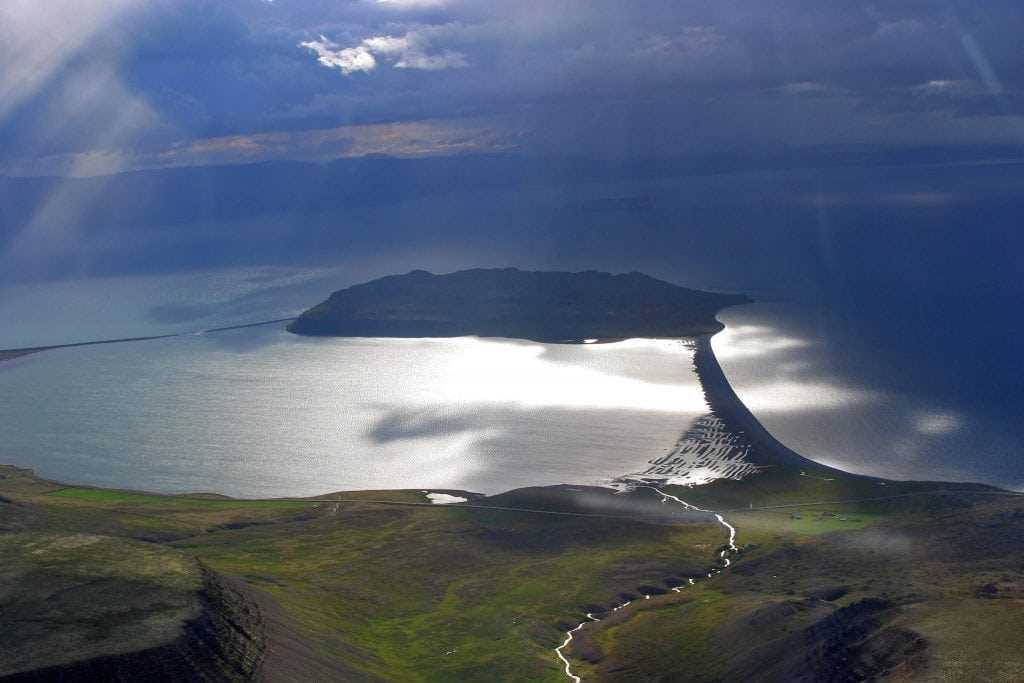 Grímsey is covered with vegetation which is sculpted by the arctic cli-
mate. The scurvy-grass which grows amongst the coastal rocks is very
special as it is rich in vitamin C and is known for its medicinal proper-
ties. The birdlife is unique with numerous different species and unusually
dense populations. The birdlife is flourishing on the island due to a de-
crease in hunting of the birds and the collection of their eggs.
There are unique opportunities for photographers. Seabirds nesting on
high cliffs to the East side of Grímsey and on the West coast, one of the
biggest colonies of puffins in Iceland with thousand of individuals.
The puffins stay out on the open sea during winter but come to their
nests after mid April. They fly away to after the first week of August. So
the best time to watch them in Grimsey is May, June and July. Note! Be
very careful when watching the puffins as the nest burrowing has made
the ground loose and hollow in some places making it dangerous to
thread along the cliff edges.
There are no rats or mice on the island and the only wild land mammals
which occasionally visit the island are polar bears. They are rarely seen
but in the winter of 1969 a polar bear swam ashore and met his demise.
He can now be seen in the Húsavík Natural Museum. The ocean is rich
in nutrients and marine life, attracting seals and whales to the area. The
largest salmon caught in Iceland was hauled up from the waters by the
island in 1957, measuring 132 cm. and 49 pounds. 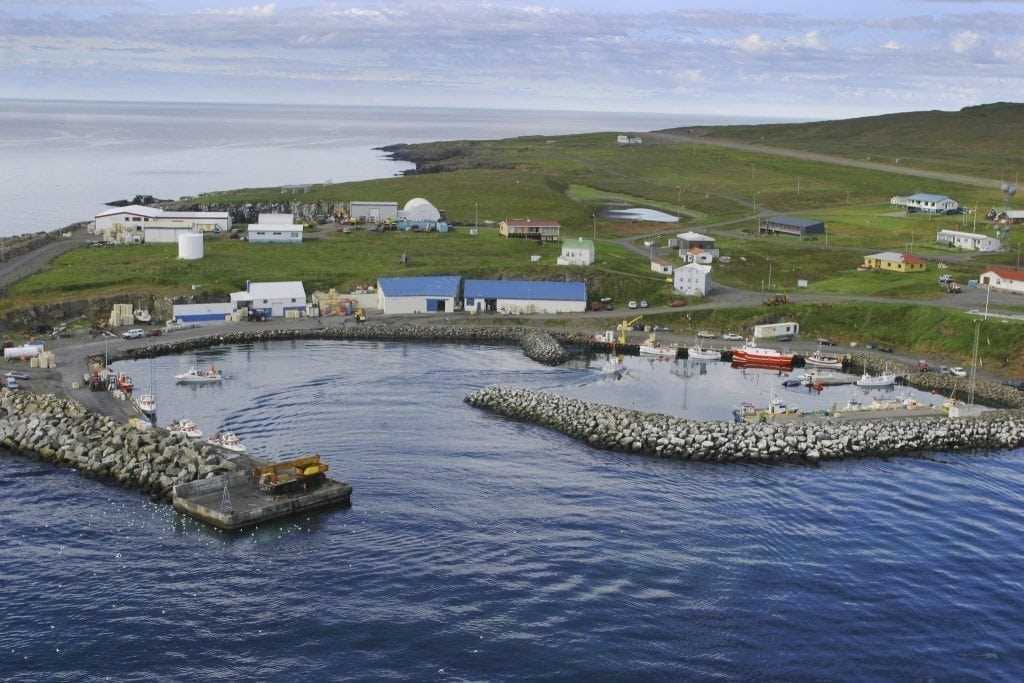 Grimsey is renowned for its cultural activities despite its small popula-
tion.The islanders were well known for their proficiency in chess. In the
19th century. A wealthy American scholar and chess enthusiast, Mr.
Daniel Willard Fiske sailed pass the island and was intrigued by the
lifestyle of the inhabitants and their love of chess. It prompted him to
donate a chess set to every home and he also donated a considerable
amount of money to the community to support their future endeavours.
The islanders celebrate his memory every year on his birthday on the
11th of November. In the library on the island you can see some of the
gifts from Fiske, books, photos and chess set. There is a primary school
on the island for children up to 14 years.

The Church of Grímsey

One of the early Catholic bishops of Iceland, Jón Ögmundsson conse-
crated a church on Grímsey in the 11th century. It was dedicated to St.
Olaf, the patron saint of Norway. It was stated that there should always
be two priests at the church who should lead mass daily but twice a day
on special occasions. The practice of Christianity is less ardent today but
there are records of roughly 50 priests who have served there. The present
church was built in 1867. It was extended and renovated in 1932. The
altar painting is by a local artist painted in 1878 and it is a copy of a work
by Leonardo da Vinci. Pledges and donations made to the church are said
to bring good luck.

The sea facing end of the airstrip is a good place to start a walking tour
of Grímsey. The path follows the cliffs of Básavík, walkers should take
good care not to go too near the edge as the nest burrowing of the
puffins has made the ground loose.

From there the path leads to the Northern most point of the island, Eyjarfótur and then on to the eastern
high cliffs. This path runs all the way to the lighthouse on the southern
end of the island. From the lighthouse one should walk towards the har-
bour at Sandvík, passing by the church. There is plenty of opportunity
for wildlife and landscape photography during this hike.

In the spring of 2009 the inhabitants of both Grímsey and Akureyri
voted to unite their two communities under the town council of Akureyri,
won by a great majority. The islands of Hrisey and Grímsey both are
now under the council of the town of Akureyri.
The Tourist Information Center of Akureyri, which also serves Grímsey
and Hrísey is located in:
Cultural and Conference Center, Hof
Strandgata 12, IS- 600 Akureyri
Phone: (+354) 450 1050
E-mail: [email protected]
For further information: www.visitakureyri.is og www.grimsey.is
Welcome to Grímsey
– the Pearl on the Arctic Circle