Hekla’s fearsome reputation through the Ages

The Gateway to Hell- Hekla’s fearsome reputation through the Ages

Hekla is one of the best known volcanoes in Iceland and has a history going back to the Middle Ages. It has erupted almost 30 times that are known for certain, the first recorded in 1104. Situated in the south of the country, it rises up majestically from the plains and is visible for many miles. Travelling from Reykjavik, it is possible to see it on a clear day, it’s snow-capped peak glistening in the sunlight as the traveller descends from the Hellisheidi plateau that separates the capital from the rest of the south. 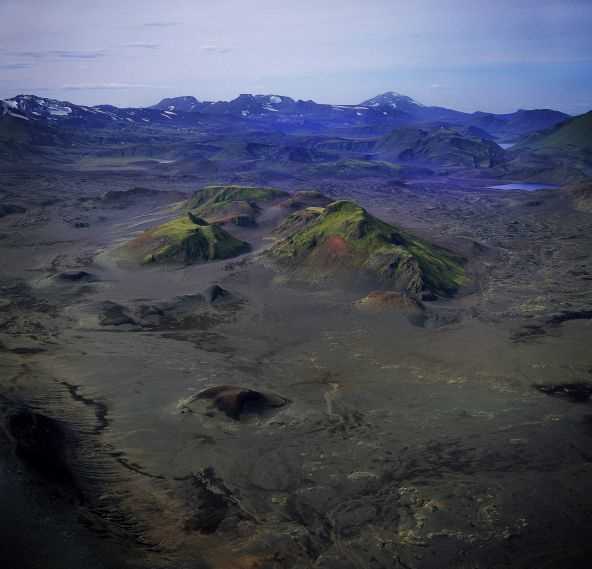 Whilst other volcanos on this fiery island have captured the headlines in recent months, Hekla is never quiet for long. It has erupted more often than any other volcano in Iceland since its settlement. The last eruption was quite minor in February, 2000 but there were fears that it might erupt again in early 2010 following reports that there were spots near the summit not covered with snow.

Fire, Smoke, Death and Destruction
Hekla’s fearsome reputation is not without reason. In 1300, for example, a major eruption split the mountain. The noise was heard all the way in the north parts of the country where the ashes and smoke plume created such darkness that no-one would risk putting out to sea to go fishing. Earthquakes followed, farms collapsed and about 500 died in the ensuing famine. This was not an isolated occurrence, as the volcano has caused much damage, famine and loss of life down through the years. Bishops and priests across Europe branded it the ‘Gateway to Hell’ during the Dark Ages. Perhaps that was not such an inappropriate description, even if not entirely accurate! Some went so far as to say it was the home of Satan himself and that witches gathered there to meet him. The unsaved dead were said to be carried by birds to its craters. Such was the superstition and fear created by these stories that no-one dared climb Hekla’s slopes for centuries. Breaking the Taboo
Finally, in 1750, two naturalists, Eggert Ólafsson and Bjarni Pálsson broke the taboo by climbing the mountain during a dormant period. Besides the gaping craters, no witches were to be found. Satan might have been entertaining some kilometres below, but if he was, they didn’t receive an invitation!

A Hike Around ‘Hell’
Today, it is a popular climb and hike. Being the highest point for many miles around, the views are worth the effort and the photo opportunities are many. In spring, when still covered with snow, climbing Hekla and skiing around the craters is a popular pastime.  However, due to Iceland’s temperamental weather that can change in a matter of minutes, it is wise to carry good clothing when hiking there – and a check on earthquake activity would not be unwise! 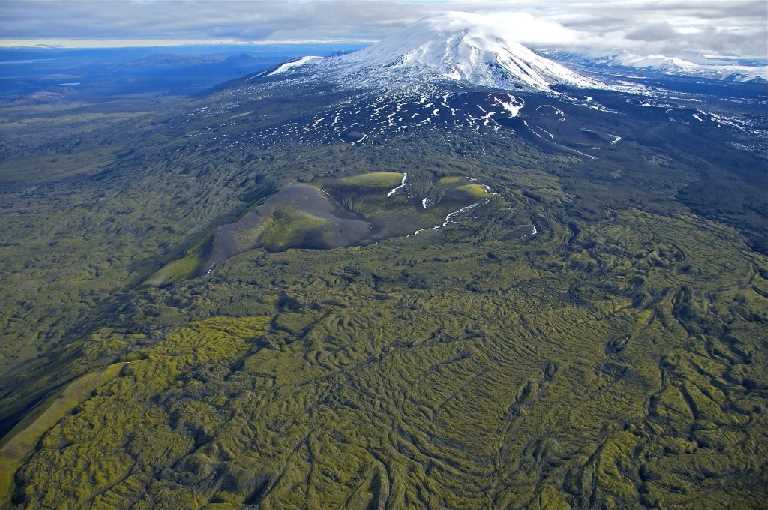 Hekla is about 4,890 ft. (1,491 m.) high and sits on a mountain ridge some 25 miles (40 km.) long. The volcanic fissure which splits the ridge is almost 3.5 miles (5.5 km.) long.  During the 1693 eruption, 14 craters along its length were active simultaneously and in 1766, 18 craters were spewing smoke, ash and tephra. Some eruptions have been so violent that the ash has risen to the stratosphere and reached as far as Russia.

At one time, Hekla’s slopes were green and verdant with forests. Later eruptions destroyed those with lava and tephra, some rocks being so large that they have killed people as far as 28 kms away! 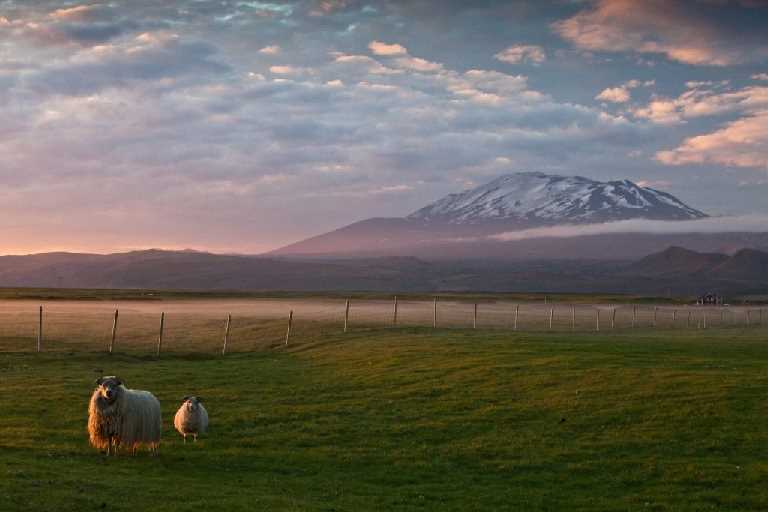 Icelandic sheep in the morning mist, Volcano Hekla in background

Like all volcanos in Iceland, Hekla is constantly monitored for any activity. An eruption is expected at any time but, at the time of writing (Dec. 2010), there are no signs of volcanic activity. For a (hopefully) reassuring update on its condition, the Weather Bureau provides the latest information on their website: https://en.vedur.is/earthquakes-and-volcanism/earthquakes/ A Fiery Future
The rise in volcanic and earthquake activity worldwide over the past few years would seem to indicate that it won’t be long before we see Hekla justifying its formidable reputation with another eruption. Whether it will be massive or just a plume of smoke is one of its hidden secrets!

If past experience is anything to go by, an eruption of Hekla will be quite a sight to behold – from a distance! The earth will be split by those fires from the pits of hell along its length, smoke and steam _will billow up towards the stratosphere, blazing lava will flow down the mountain like a massive torch-carrying army, accompanied by thunder, lightning and earth tremors or larger quakes. We live in exciting times and it’s more than likely that Hekla will be the centre of attention once again in the near future. How long it will erupt is open to question – but it has been know to continue for several years!