A hill and a mountain

A hill and a mountain

Some say that the church at Ingjaldshóll on the west side of Snæfellsnes is the oldest concrete church in the world. It was built in 1903 and is, at least, the oldest concrete church in Iceland. Ingjaldshóll has had a church since the 13th century. Until the 19th century, it had the third-largest church in the country after the cathedrals in Hólar and Skálholt. Its capacity was 400 people. After all, the western part of Snæfellsnes was the most densely populated place in Iceland until around 1900. All thanks to prosperous fishing grounds, close to land. Ingjaldshóll was also the seat of the legislative body west of Snæfellsnes and thus the place of execution of criminals. 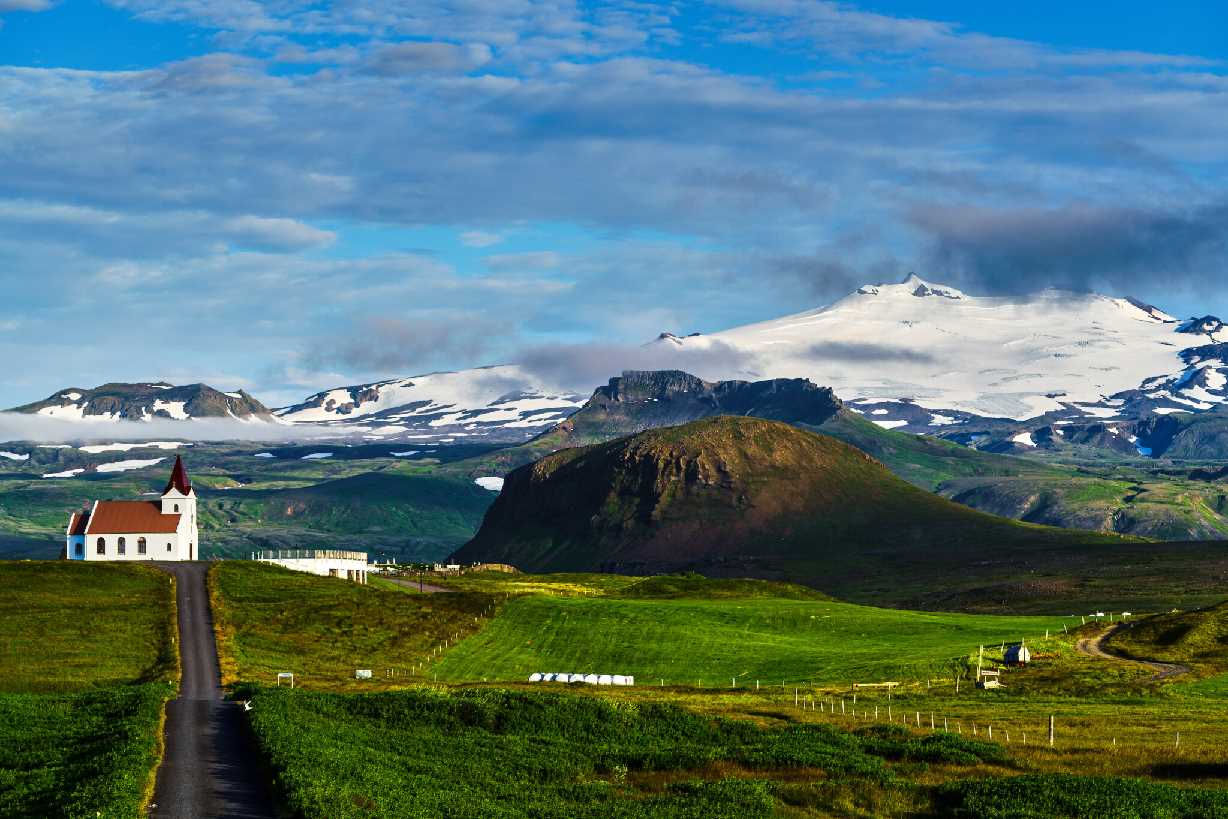 Ingjaldshóll with Snæfellsjökull in the background. Snæfellsjökull is an active volcano and last erupted 1750 years ago. The eruption history of the volcano can be traced back thousands of years.