DINE IN THE LANGOUSTINE CAPITAL

Iceland is known for some of the finest fresh fish in the world and a large share of the country’s catch is landed at Höfn í Hornafirði, on the south-east coast. Höfn (which sounds like ‘Hup’ to our ears and means harbour) is also known as the langoustine capital of Iceland, where several thousand visitors gather in the town for the annual Humarhátið (Langoustine) Festival, to be held in June.

You would expect the langoustine capital of Iceland to have a fine-dining restaurant that can do justice to the lovely little crustacean. The Humarhöfnin sea-food restaurant, which has been a big success since it was opened over 8 years ago by Anna Þorsteinsdóttir, her brother Ari Þorsteinsson and their spouses, has definitely earned that accolade.

A menu to entice any connoisseur

A favourite with tourists from the Mediterranean countries, Humarhöfnin was the first restaurant in Iceland to serve whole langoustine, though it has now become popular in the town.
The concept is still new in Iceland, so each diner who orders langoustine receives illustrated instructions on the finer points of using the lobster cracker and fork that come with the dish.
The menu was created and developed by the French chef Jacques DuPont and his many dishes such as the beautifully presented ‘Mix of Whole Langoustine and Tails’ and the famous ‘Black Magic Sauce’ have been very successful. Paired with one of Humarhöfnin’s specially selected wines, you are in line for an absolute feast. Also on the menu, the arctic char is a delight. The crème brûlée, made from local eggs and imported Madagascar vanilla will have you swooning and you might want or need to order a double portion.

The casual, bright and lively décor fits Humarhöfnin’s harbour location and the friendly wait staff will be happy to point out the very boat that brought in the day’s catch, moored at the docks just a short distance away. The building itself was originally the town co-op before it was totally renovated and transformed into this beautiful restaurant. There is an exhibit on the 2nd floor which portrays the history of the house.
If you are a langoustine aficionado, you can fly, drive or take a bus to Höfn where you will find your seafood haven awaiting you. 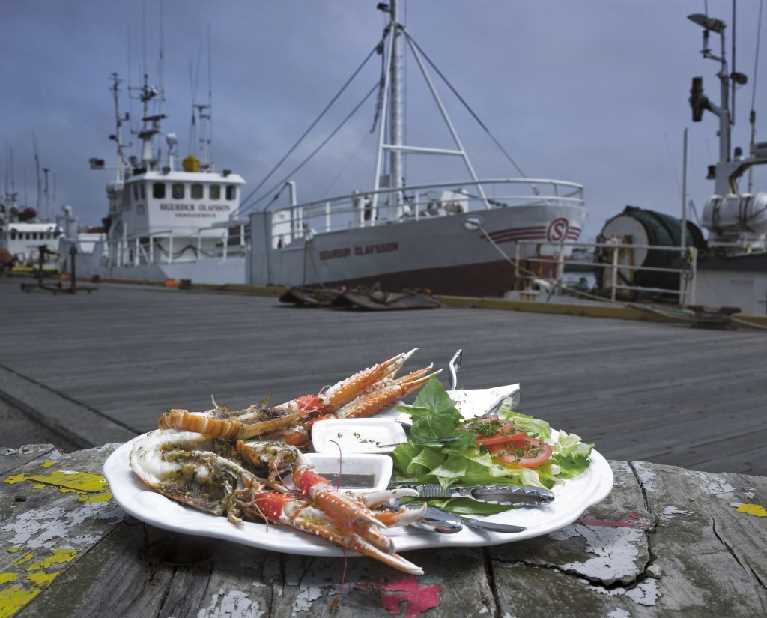 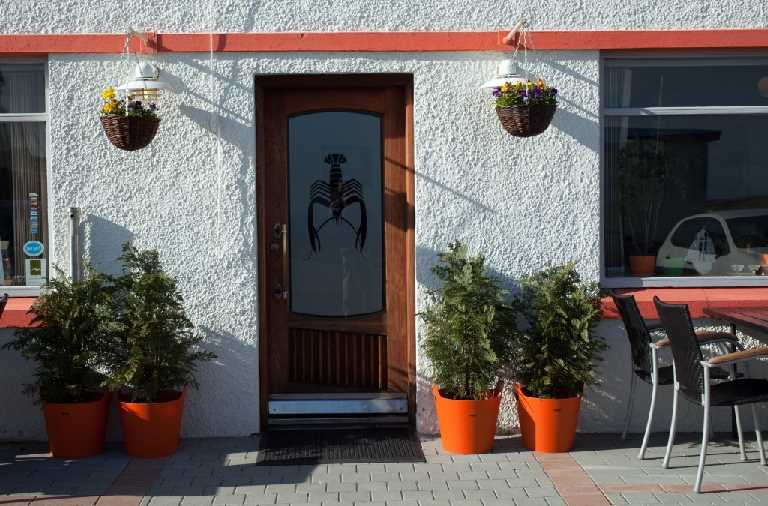 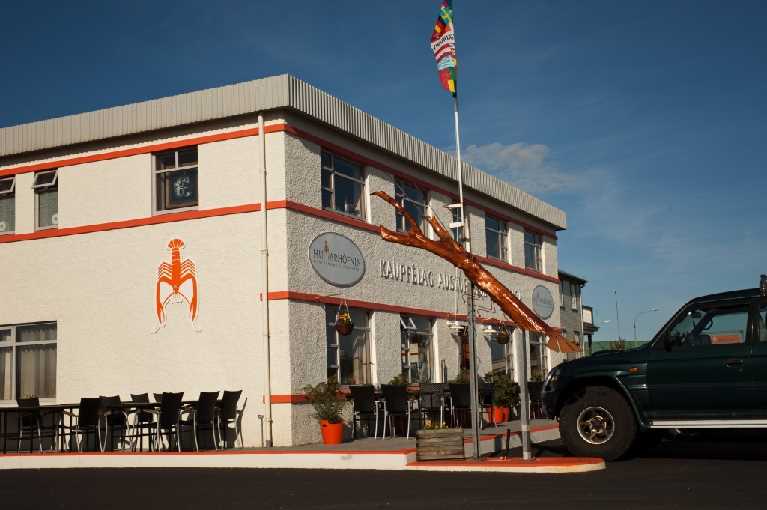 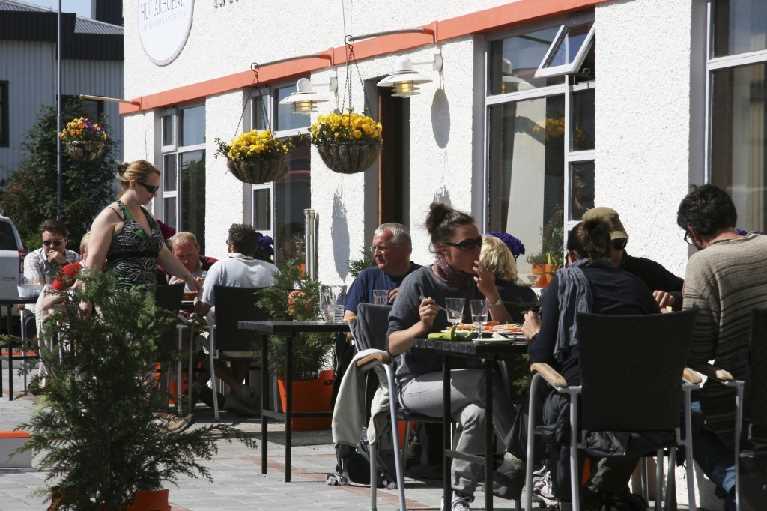 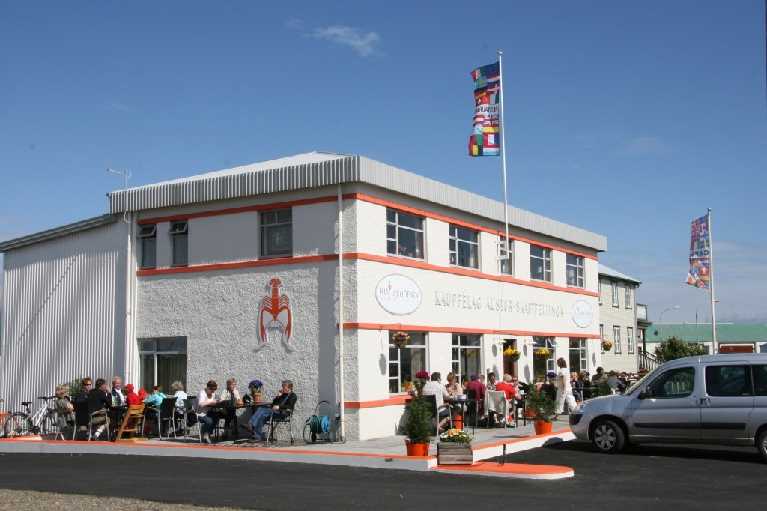 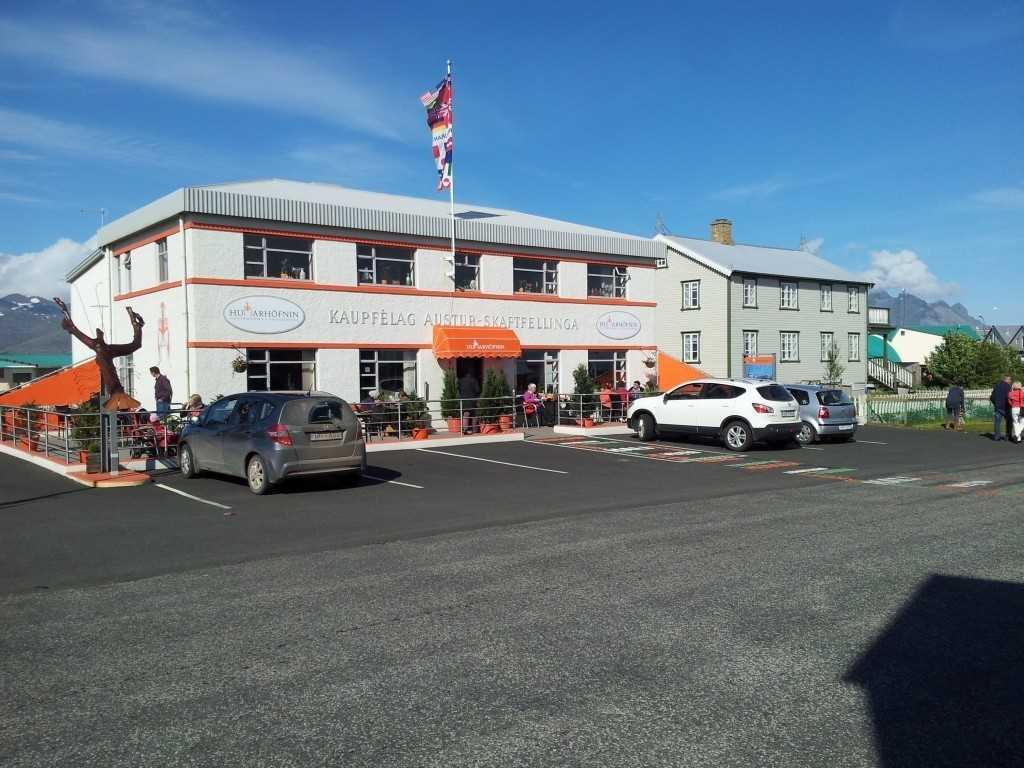 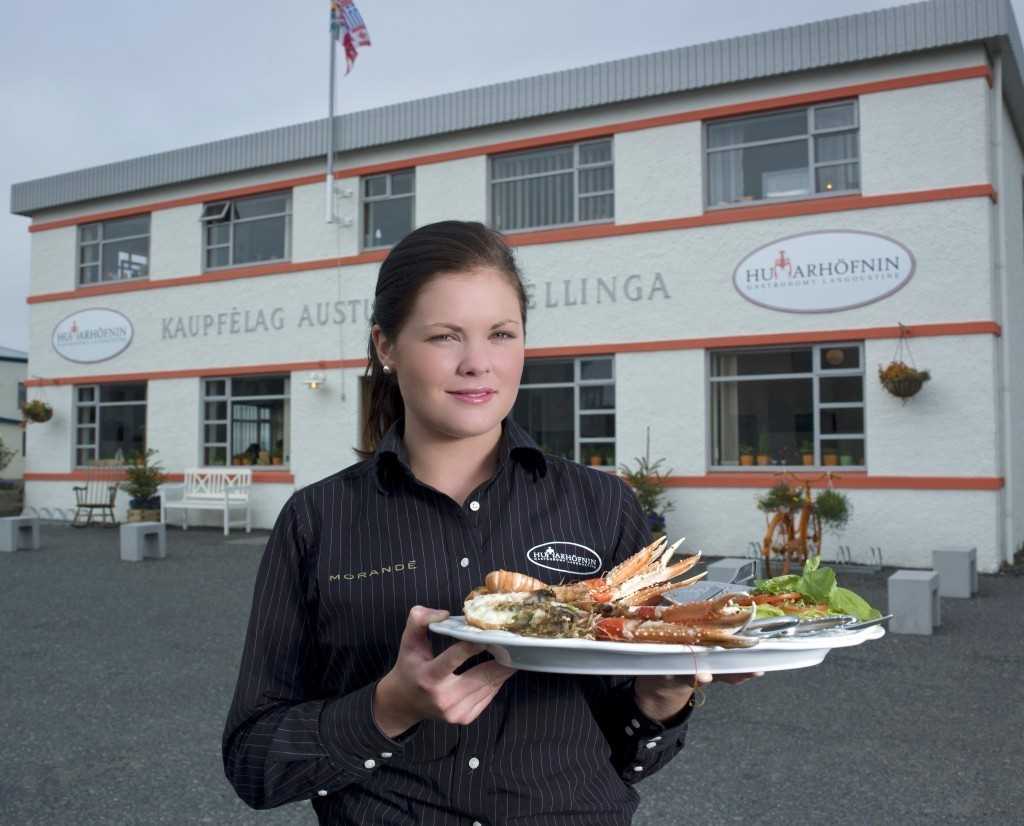