A new Visitor Centre rises from the ashes of seeming defeat

When the now famous Eyfjallajökull volcano erupted in the Spring of 2010, amazing photos of the billowing ash clouds went zooming around the Internet. Thorvaldseyri Farm, located directly underneath the summit of the volcano was the focus of one such photo that was published in the media around the world. The prevailing winds, often of a southerly direction meant that Thorvaldseyri Farm and others in the immediate vicinity would later receive the first fallout of ash before it went on to wreak more havoc in the lives of hundreds of thousands of others at distant airports thousands of kilometres away.

There was a time of uncertainty for the Thorvaldseyri Farm owner, Olafur Eggertsson and for about one month, the farm nearly came to a standstill. The 50 hectares of wheat, barley and rapeseed and virtually everything for miles around was covered in a thick layer of volcanic ash. Then in July, hope sprang up in the form of new green shoots pushing their way through the deep layers of ash across the fields. In a miraculous turnaround in circumstances, it turned out that the black colour of the ash actually absorbed more sunlight than under normal conditions, with the struggling crops below benefiting from the ashfall. What is more, the minerals in the ash also benefited the plants, contributing to their nutrition content. 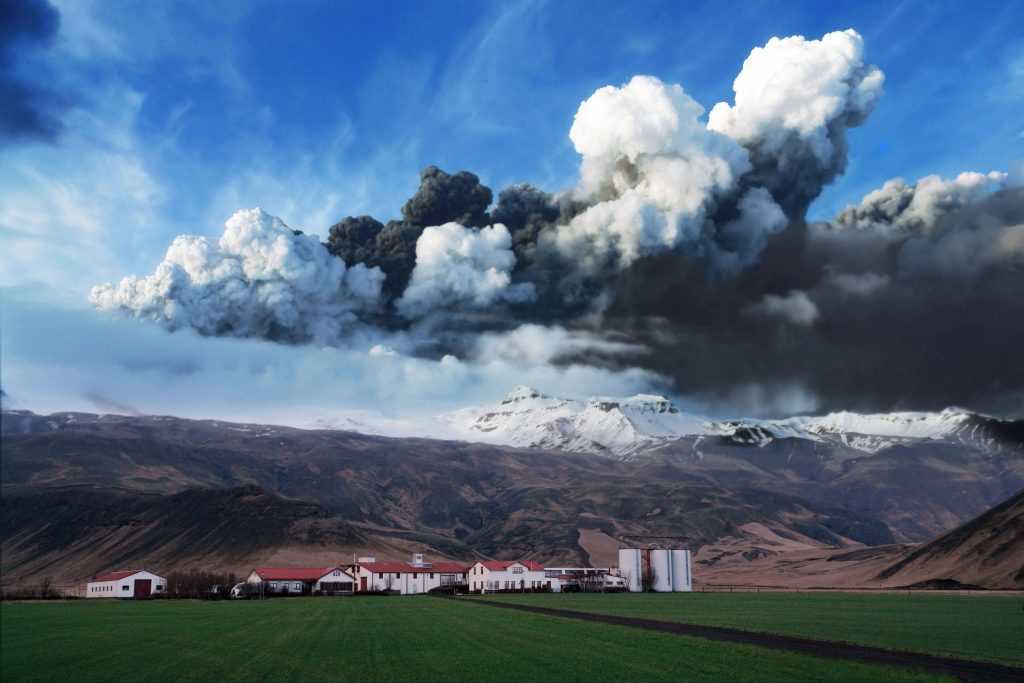 þorvaldseyri
Out of the ashes of defeat…
To herald the 1st anniversary of the Eyjafjalljökull eruption, Olafur Eggertsson will be opening an exciting Visitor Centre at the farm on April 14, 2011. The centre will provide visitors with breathtaking photos and videos chronicling the events, before, during and after the eruption. A cinema accommodating 50 people is a highlight of the centre, with amazing footage of the eruption as well as giving visitors a look at life at Thorvaldseyri Farm during those dark days. Moving through the daily events to the end of the eruption, the scene steadily changes as the farm returns to normality, with green pastures and livestock returning to graze on this beautiful farm.
A gift shop with books and brochures in several different languages, as well as souvenirs are also available at the Visitor Centre.