Iceland – Ideal Base for Data Centers and Web Hosting

Iceland – Ideal Base for Data Centers and Web Hosting

Today’s global market is more competitive and complex than ever. The combination of green energy and the latest technology used to suffice to keep your brand ahead of the competition. But the so-called war on terror and the revelations by Snowden have changed the market. Your company now faces additional demands for protection against acts of terror and spying on an industrial scale. Iceland offers a unique collection of qualities that make it possible to satisfy all these requirements.

Iceland is a member of NATO but it has no military and thus does not have any troops on foreign soil. It is also endowed with an isolated location, peaceful history, and a stable democratic government. This makes any violent insurgency or terror attacks of any kind extremely unlikely. In addition, the country has plenty of strategic locations that naturally protect your expensive infrastructure against both man-made and natural disasters.

Iceland is centered between the two largest data center and web-hosting markets in the world—North America and Europe—and this easily doubles your potential customer base. Note that the distance between Iceland and New York is less than that between New York and California. And Iceland is even closer to the European market. Your clients are likely to receive a faster response from servers in Iceland than servers in the US, since response time depends on distance to some degree. 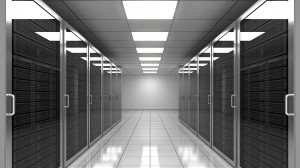 The global energy market is volatile because it is centered on the fossil fuel industry and some of the most war torn locations on this planet. Iceland, however, offers low and stable prices on a long-term basis because the national power company of Iceland (Landsvirkjun) provides electricity exclusively from renewable hydro and geothermal sources. This ensures impeccable green credentials, very competitive prices, and a clear competitive advantage through simplified long-term planning and financing, and the mitigation of risk. Iceland has consistently been near the top of the World Economic Forum list of power delivery security. And powerful fiber-optic cables connect it to the US and Europe.

The relatively cold and windy Icelandic weather provides free natural cooling. This eliminates a lot of the energy consumption that is normally needed to run massive cooling systems, which ultimately leads to lower power bills and reduced maintenance. This results in substantial reductions in operating costs when combined with the low price of energy. Also bear in mind that the renewable green energy is likely to increase your competitive advantage down the line, as your competitors face ever increasing taxation due to their reliance on dirty fuels. A BroadGroup white report recently identified Iceland as the best location for web-hosting due to its green energy and strong infrastructure. It also concluded that Iceland would net the lowest long-term operating cost.

NSA whistle-blower Edward Snowden sent ripples through the global market with his revelations about the Orwellian electronic spying operation of the US government. The natural market response is the demand for data centers and web hosts outside the NSA jurisdiction, meaning outside the USA. Iceland is not only outside the US, but also one of a handful of countries in the world that are setting the new standard for privacy laws.

Iceland provides a clear competitive advantage through several different avenues. The location between the two largest markets is ideal, and the impeccable green-energy credentials give strong branding opportunities to grab those markets. The reliable power grid and low costs ensure an efficient and reliable operation, and the independence from the volatile oil market offers unique long-term planning and financing benefits. It is difficult to emphasise enough the inherent safety of this little isolated island that is not involved in any warfare, yet protected by NATO. And the strong sentiment towards developing a nation with leading privacy laws and internet security is just icing on the cake. 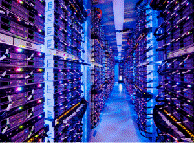 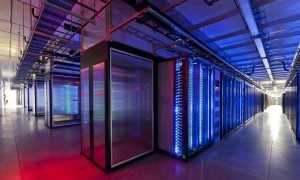