Relax in the Soothing Laugarvatn Fontana Baths While Waiting for the Northern Lights to Appear
Visiting Iceland in the winter and not experiencing the northern lights would be disappointing! One of the biggest attractions during the winter in Iceland are the spectacular northern lights which often look like they are putting on a show just for your pleasure. The green lights flicker and dance in the sky, changing colour and intensity, delighting all those who get a glimpse of the mysterious phenomenon. A standard northern lights hunt is great, but for travellers that are looking for something special, Reykjavik Excursions has a special Warm Baths & Cool Lights tour.  The tour features a visit to the Laugarvatn Fontana Geothermal Baths. 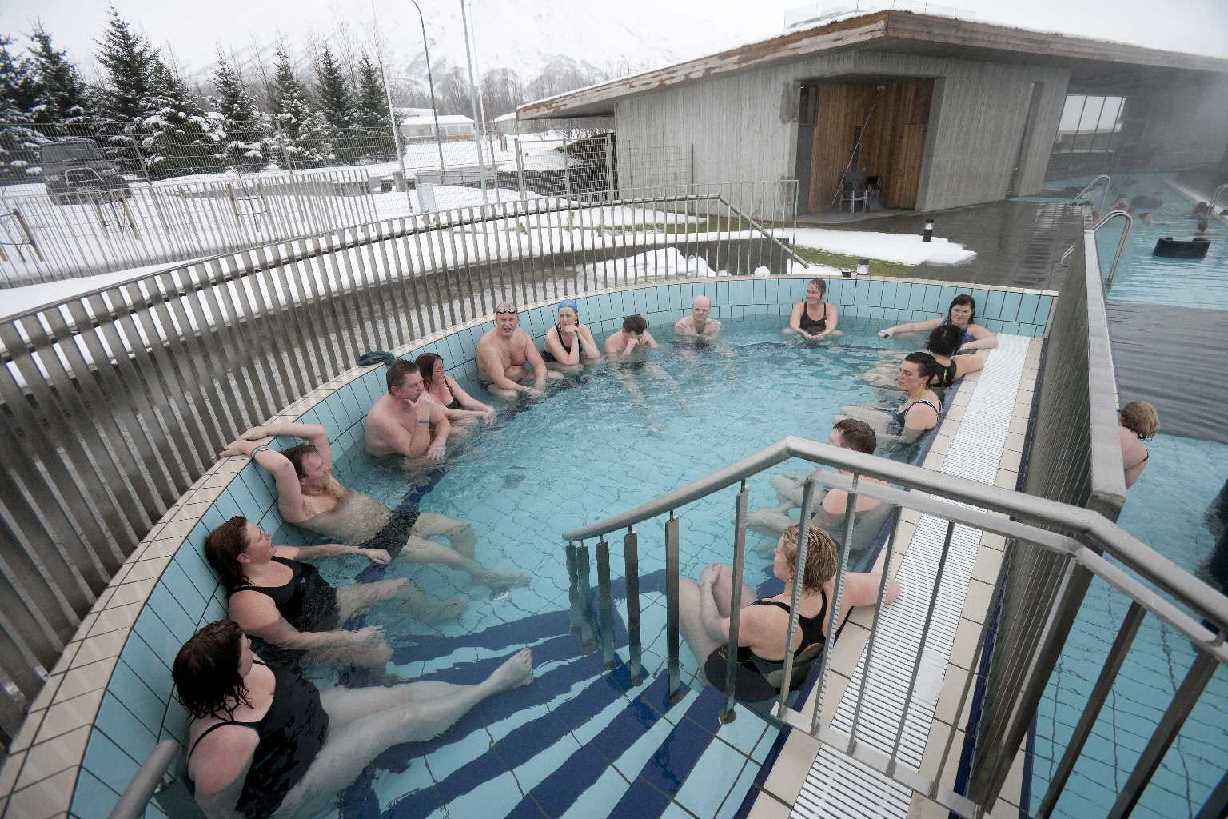 The Glorious Laugarvatn Fontana
Even though Reykjavik Excursions can’t guarantee that the northern lights will make themselves appear, the company does guarantee that guests will be in the perfect spot while waiting for them during a visit at Laugarvatn Fontana. The warm steam baths and hot tubs offer an ideal view of the sky and the landscape. Guests can enjoy themselves in the steam room, take a dip in the pool, and soak in the geothermal pool while waiting for the northern lights to emerge. Enjoy the mysterious aurora borealis, feel the warmth of the earth and geothermal energy and inhale the fresh Icelandic air. 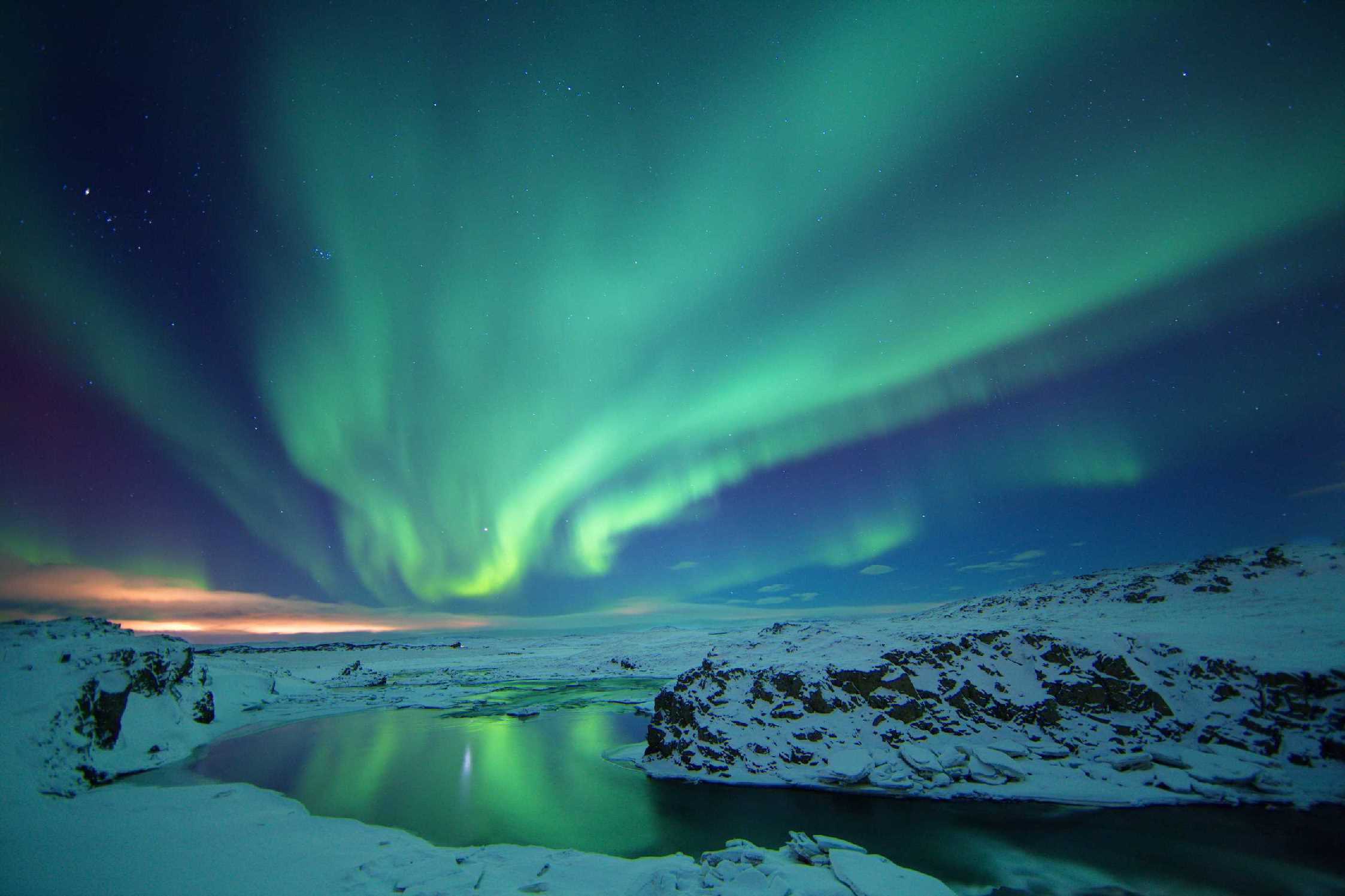 Nature Meets Tradition
Since 1929, Icelanders and travellers have been enjoying the healing powers of the natural steam baths in Laugarvatn. Hot, soothing steam simmers directly from the ground through grids in the cabin floors of the newly renovated wellness centre where nature meets tradition. 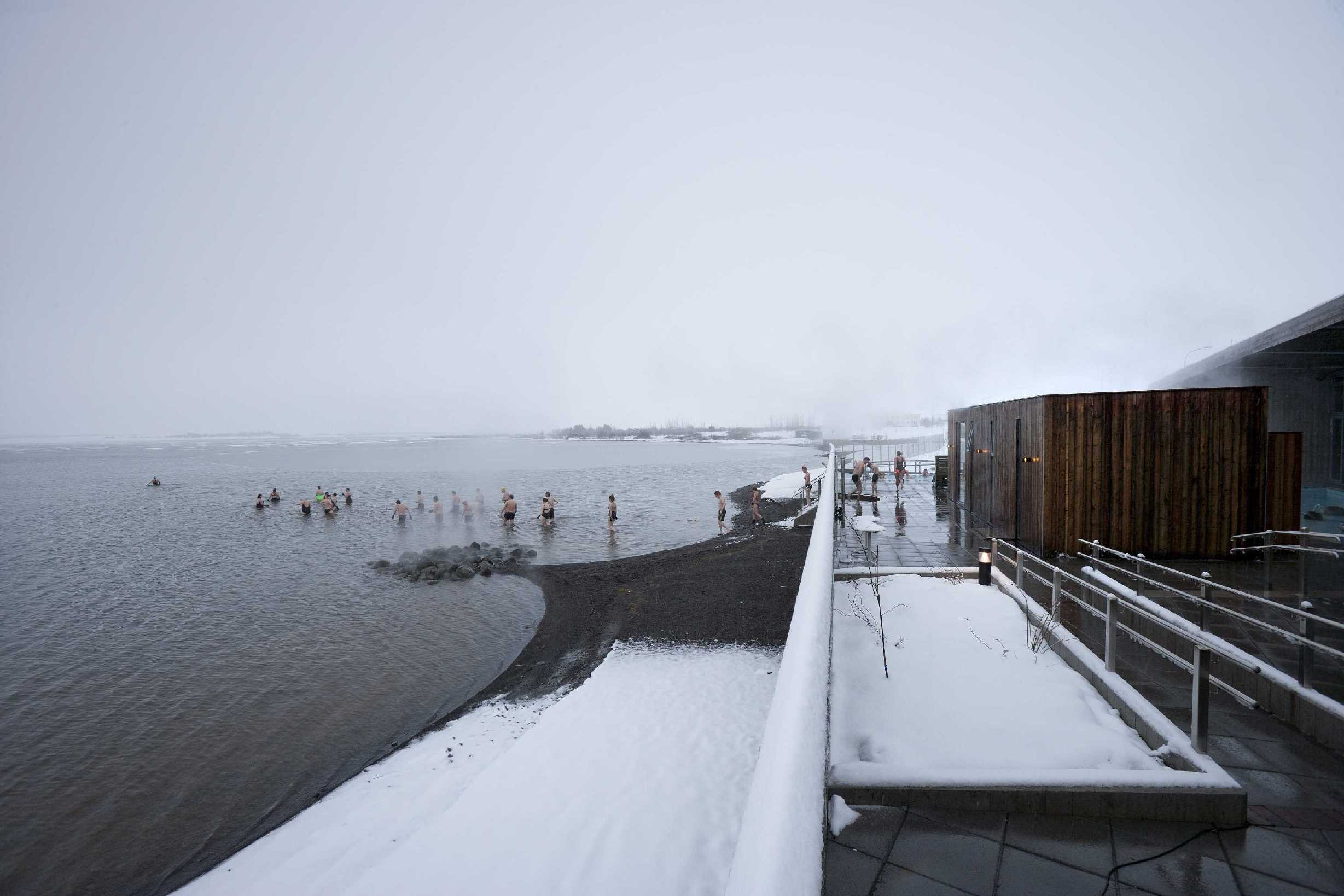 Three Hot Springs
The region has three hot springs at the shore of Lake Laugarvatn, which vary in heat and have been used for different purposes. Vígðalaug is the coolest and most well known as it was the site of a mass baptism for the entire Parliament of Iceland in the year of 1000. The middle spring is the one utilised by Laugarvatn Fontana and where the northern lights tour takes you. The current modern facilities were built in 2011, but there is a historical spa facility located on the site that dates back to 1929. The third, and hottest, spring is used for geothermal heating of all homes and buildings in the area, which is solely used for heating the houses in the area and is therefore not a visitor’s attraction.
The 7-hour Warm Baths & Cool Lights tour, which includes bus fare, a local-style buffet, and admission to the Laugarvatn Fontana, is one of the most popular winter tours for Reykjavik Excursions. Travellers love soaking at Laugarvatn Fontana, nourishing their bodies and souls while watching the northern lights dance above.  The tour is available from September 15 to April 15, departs daily at 6:00 p.m. and includes pickup at your hotel. 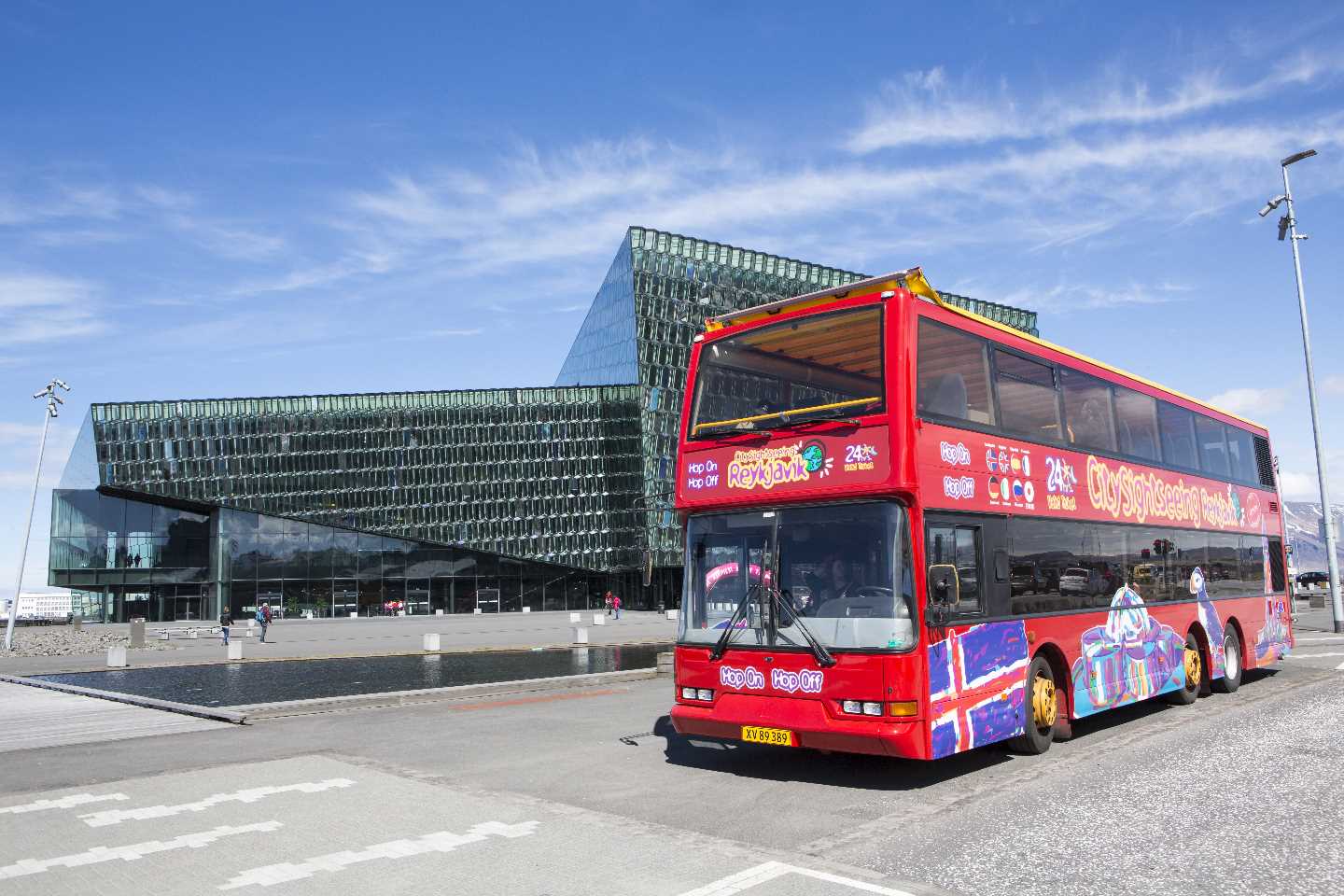 Hop On-Hop Off
Taking a bus tour with City Sightseeing is an ideal way to explore Reykjavik, without keeping to a strict schedule. Guests can hop on and off at their leisure and a full tour lasts 1 hour.  Reykjavik Excursions has planned out the best spots to take you around the city. A ticket lasts a full 24 hours and there is daily service year-round. The bus route takes travellers to sites including the National Museum, which documents the history of Iceland from settlement to modern times, the Reykjavik Maritime Museum, where guests can explore the island’s fishing culture, as well as the landmark church Hallgrímskirkja and Reykjavik City Hall. The tour also includes Höfði House, the site where Presidents Reagan and Gorbachev held their 1986 summit meeting, Whales of Iceland, the largest whale exhibition in Europe, as well as the old harbour district, where travellers can go on whale watching tours, browse shops and dine at eclectic restaurants. Reykjavik Excursions created a tailored agenda of all the hot spots to hit in Reykjavik. 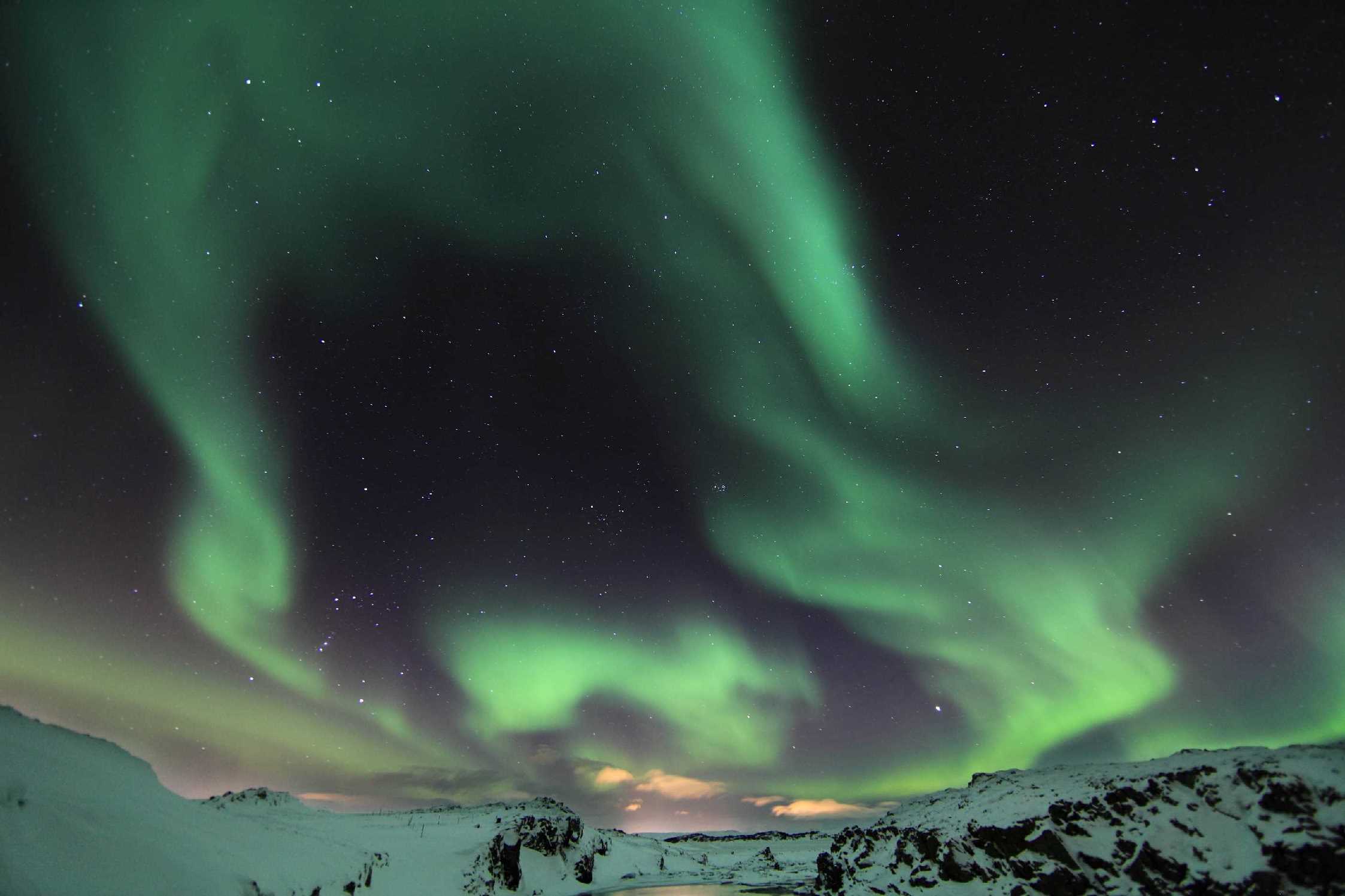 A Memorable Experience
Whether you are seeking a glimpse of the majestic northern lights, or would rather enjoy a tailored tour of Reykjavik by sightseeing bus, be sure to check out tours offered by Reykjavik Excursions. The dedicated team, from customer service representatives to tour guides, is committed to making your trip seamless and unforgettable. Whatever they have to offer, you can rest assured they will strive to leave you with the best possible memory of your time in Iceland!