Reykjanesbær, the fourth largest town in Iceland, with 19,676 inhabitants, surpasses Akureyri with almost 500 inhabitants. The increase in Reykjanesbær is significant, but the population has increased by 46% in the last twelve years. At the same time, the increase in Akureyri was 11% during the same period and 12% in Reykjavík. First and foremost, increased activity at Keflavík Airport and more airlines and tourists have driven this significant increase in Reykjanesbær since 2008. Reykjanesbær is not only the fourth largest town, but there are also four ports; in Helguvík, Ytri-Njarðvík, and two in Keflavík. One of the two in Keflavík is a marina with space for 82 boats. 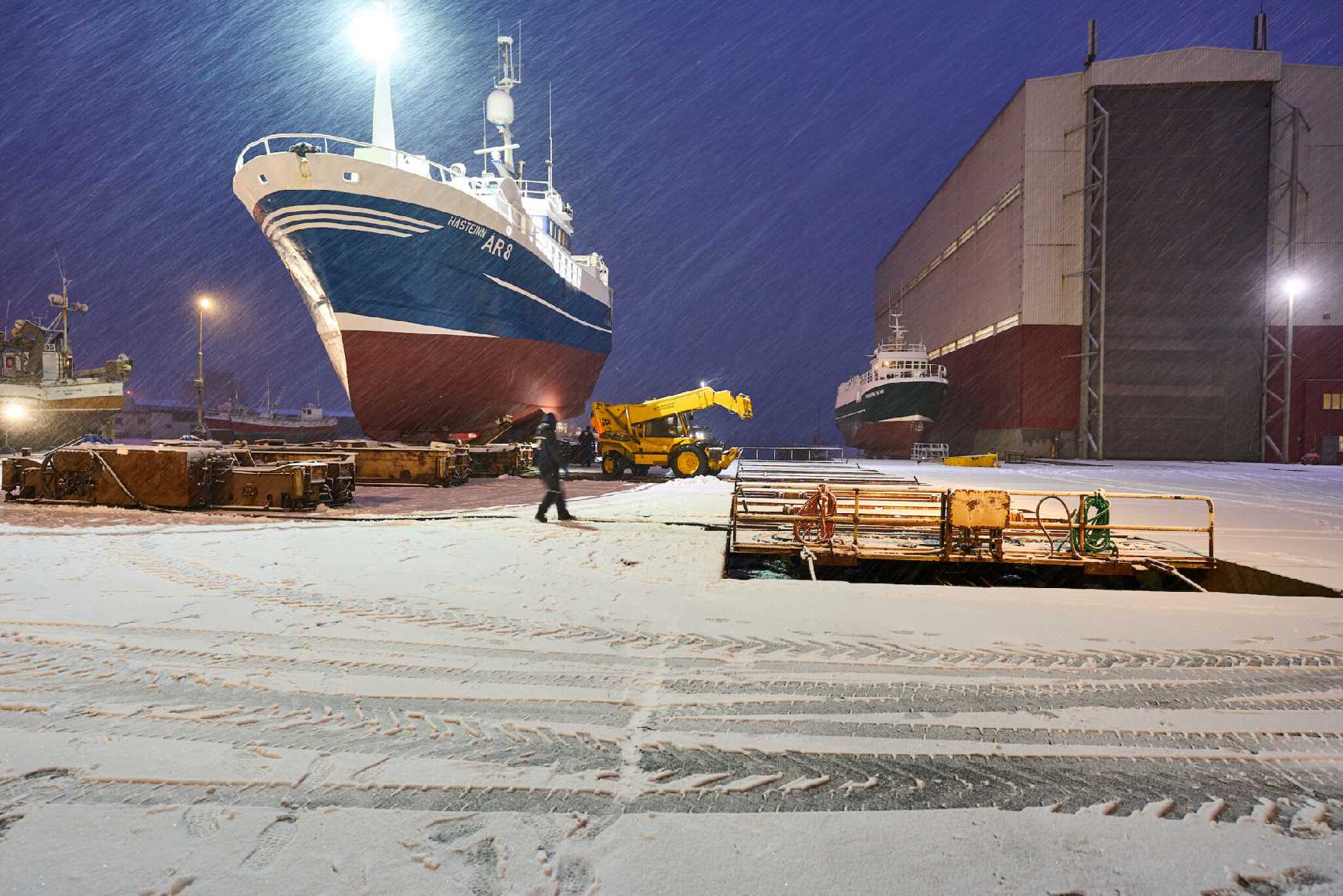 Hafsteinn ÁR8 from Þorlákshöfn is being launched at the Njarðvík Shipyard after maintenance. The marina in Grófin in Keflavík.