Take a Break at the Waterfall

Take a Break at the Waterfall

Gullfoss Kaffi is the place to stop for refreshments 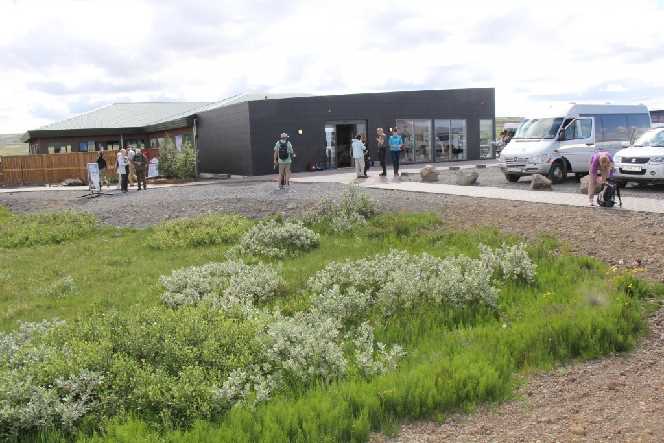 Set in the midst of a farming community, the spectacular Gullfoss waterfall was enjoyed by just a few. As Iceland was discovered as a tourist location, so its wonders began to be recognised as treasures to share with the world.
Travelling to the waterfall was, nonetheless, still quite a long trip from Reykjavik and visitors longed for some refreshments, so in 1994, one of the enterprising farming families set up a tent and offered delicious, traditional Icelandic food. 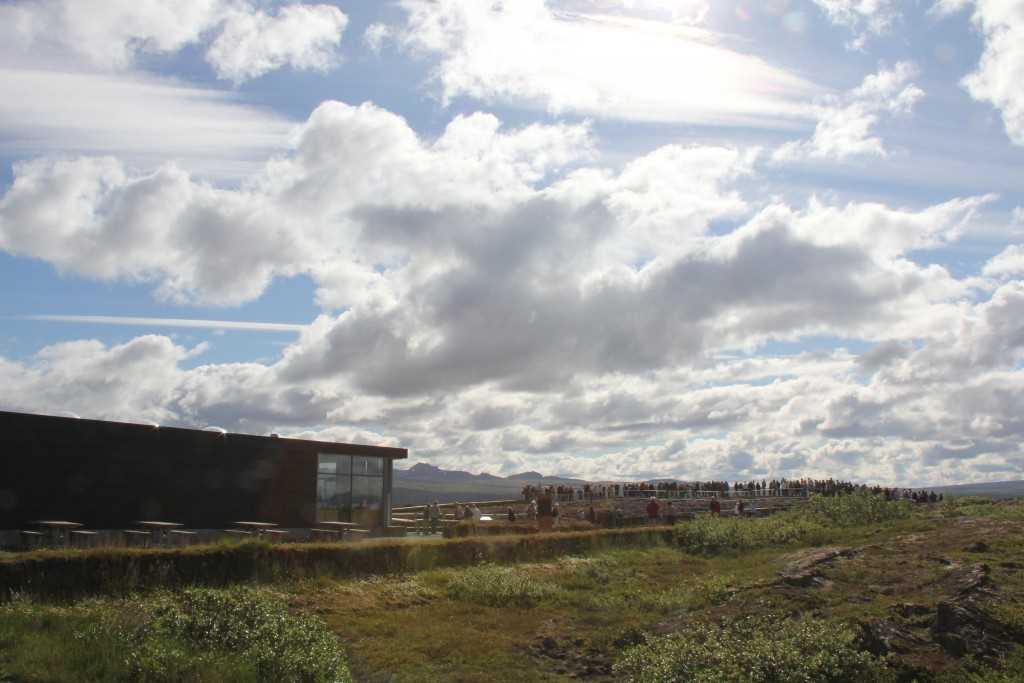 Some three years later, that tent became a large summerhouse, offering more comfort and facilities until another three years later, the current centre was built, providing all the facilities travellers and sightseers alike could appreciate. In 2004, a large seating area was added.
Gullfoss kaffi gained immediate popularity and whole bus loads of visitors descended on it. With seating for 450 guests to eat in comfort, looking out to a beautiful view of the nature and such friendly, fast service, no-one was left dissatisfied. 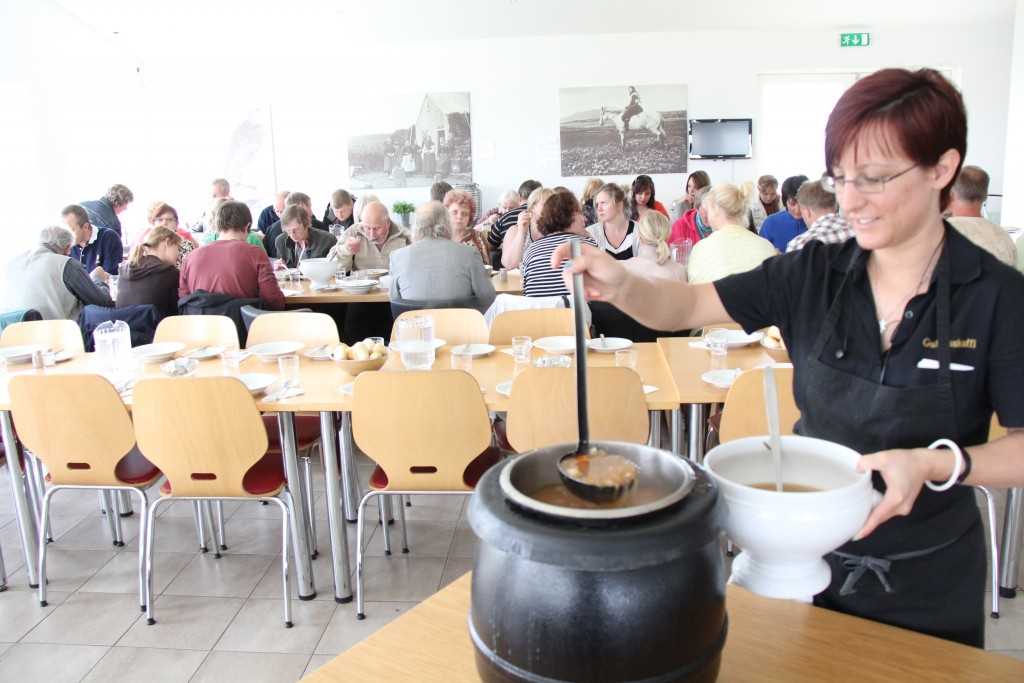 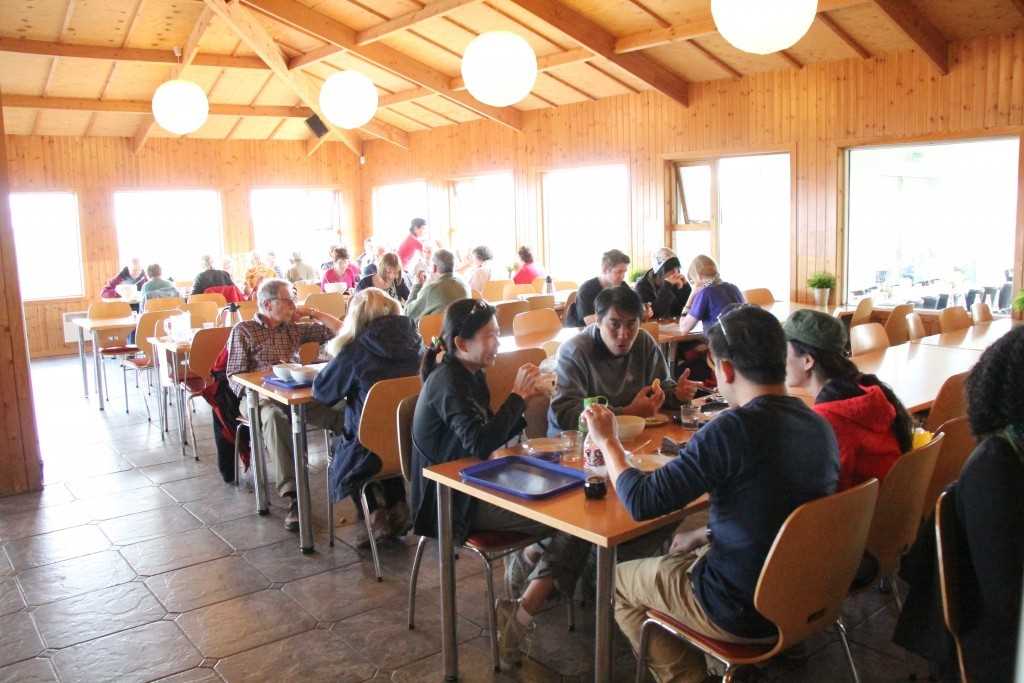 Feeding the hungry
There were more reasons for the kaffi’s popularity than just its proximity to the best known waterfall in Iceland. They do not just serve delicious, high quality coffee in all its styles and many flavours. By the time people reached Gullfoss, they were hungry and there can be little better than a genuine Icelandic lamb soup, with its fresh ingredients garnered from the surrounding area, to satisfy the largest appetite. Whilst the soup is probably what the kaffi is best known for, they also have a small á la carte menu for diners offering options of lamb or fresh salmon. For those who want something with their coffee, there is a range of pastries and cakes, freshly baked on the spot that are more than just tempting! 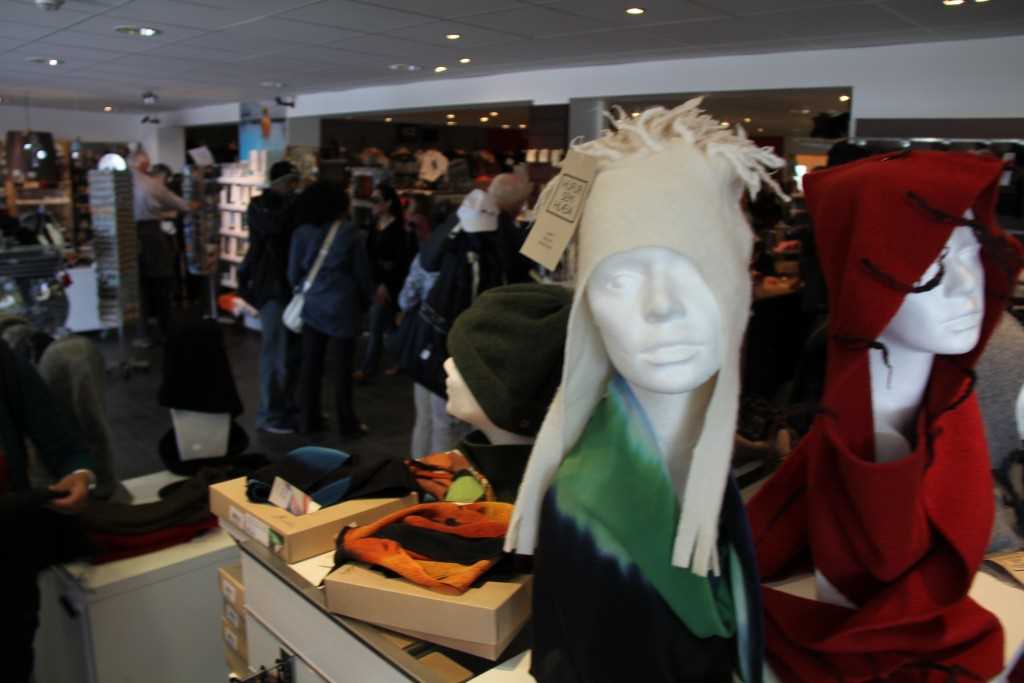 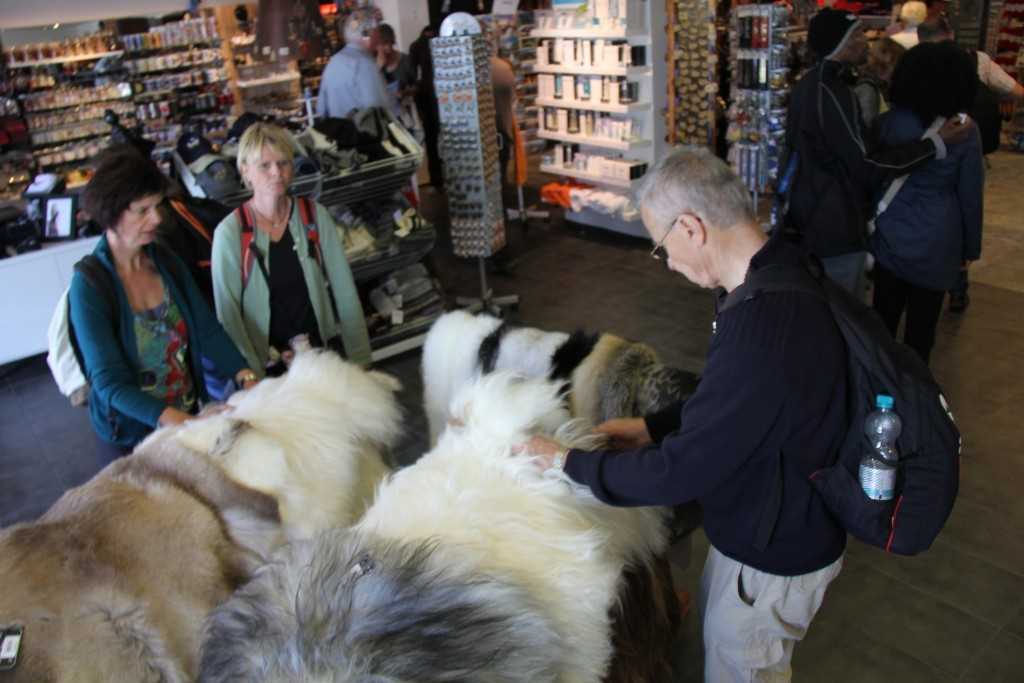 Warm clothing and souvenirs
Gullfoss is on the main route through the highland interior that is becoming an increasingly popular way to reach the north, so it is a natural stopping point for a break. The highlands, of course, can be a lot cooler and the kaffi has a range of clothing, including handmade Icelandic wool sweaters, hats, gloves and scarves, as well as other useful clothing. This is all part of the handcrafts section of the shop where visitors can browse a wide selection of  souvenirs and locally-made crafts where the skill of  the Vikings once again becomes apparent in the quality of the various products. – ASF 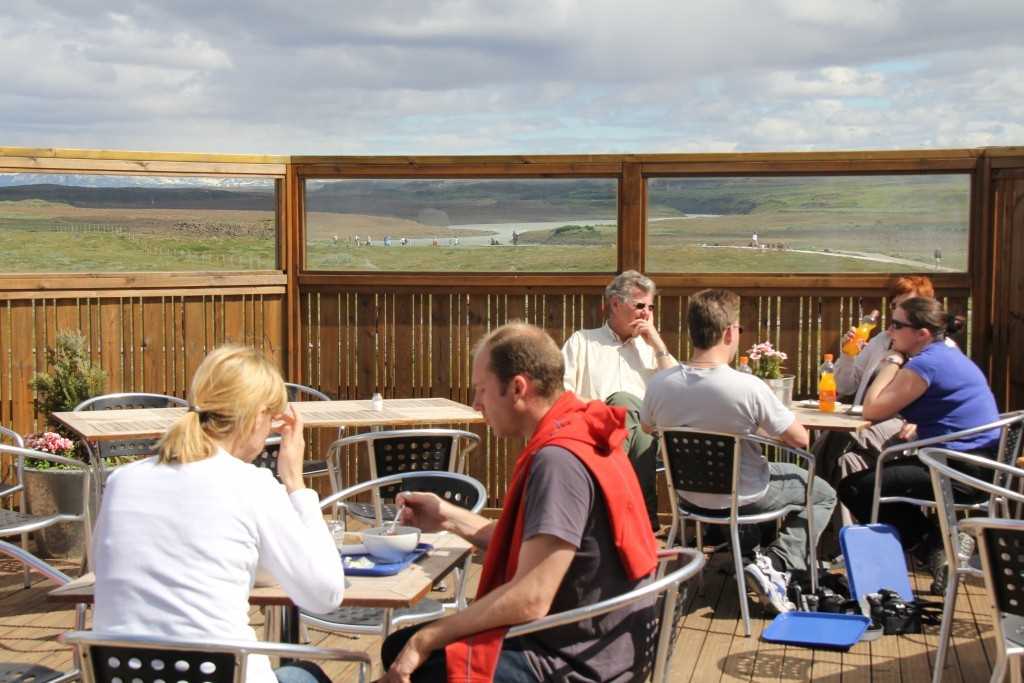