That Island Feeling – The Faroe Islands

That Island Feeling – The Faroe Islands

It might have been the fertile green hillsides, or the rich fishing grounds that enticed settlers some 1500 years ago to leave their homelands and set sail for a new life on this small archipelago in the middle of the Atlantic ocean. Maybe the first settler had been climbing one of the steep mountains, and while drinking in the fresh air that makes for lush grass for cattle, he savoured the view of his secret paradise. And maybe he felt peaceful and secure on his island. Whatever it was, settlers must have felt a deep affection for this green place in the middle of the wild Atlantic ocean. The Faroese however, have another story about their settlement – a giant and a witch tried to pull the islands back to Iceland, but not being fast enough, the islands petrified with the dawn. The latest archaeological findings suggest that man settled the Faroe Islands in an organized manner some 400 years before the settlement of Iceland. 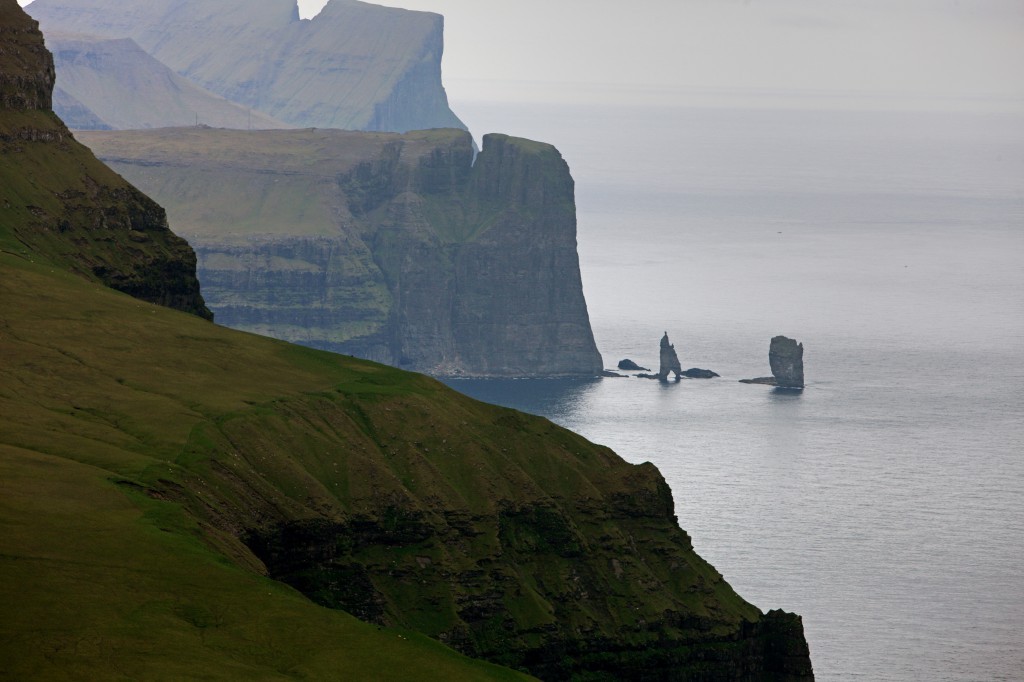 Islands in the middle of nowhere

The archipelago is comprised of eighteen islands, connected by bridges, modern tunnels, and ferries, with a total of 1289 km of coastline. From any point on land, it is less than 5 km to the sea. Set approximately halfway between Iceland and Norway, there is hardly a more island feeling -the nearest civilization being Scotland, some 320 km to the southeast. Many people don’t even know that the Faroes exist, as the archipelago is too small for most world maps. If you do manage to find them, they are often marked by two or three small dots, hardly visible to the naked eye making you wonder what these islands have to offer. 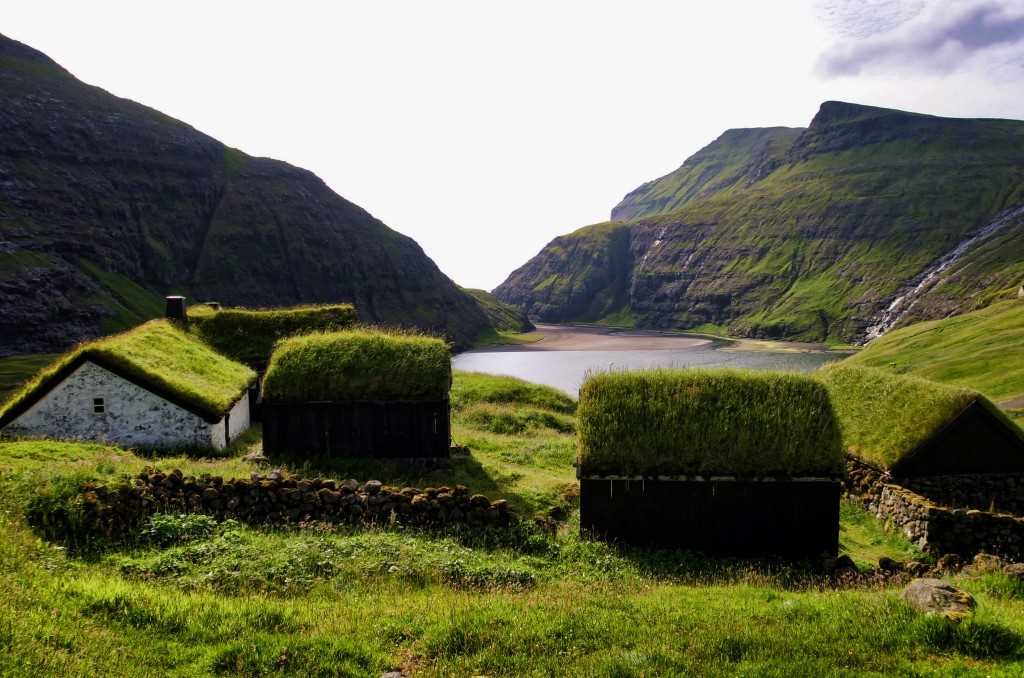 Experience the incredibly fresh, clean air and the greenest of grass that even grows on the roof tops of people’s houses. Dramatic landscapes with steep mountains, fjords, a rich bird life, cosy villages with colourful houses and clean, tasty water are part and parcel of the Faroese way of life. In a country where every view is breathtakingly beautiful, it’s not hard to imagine oneself walking in the footsteps of the first settler and understand what made him stay… 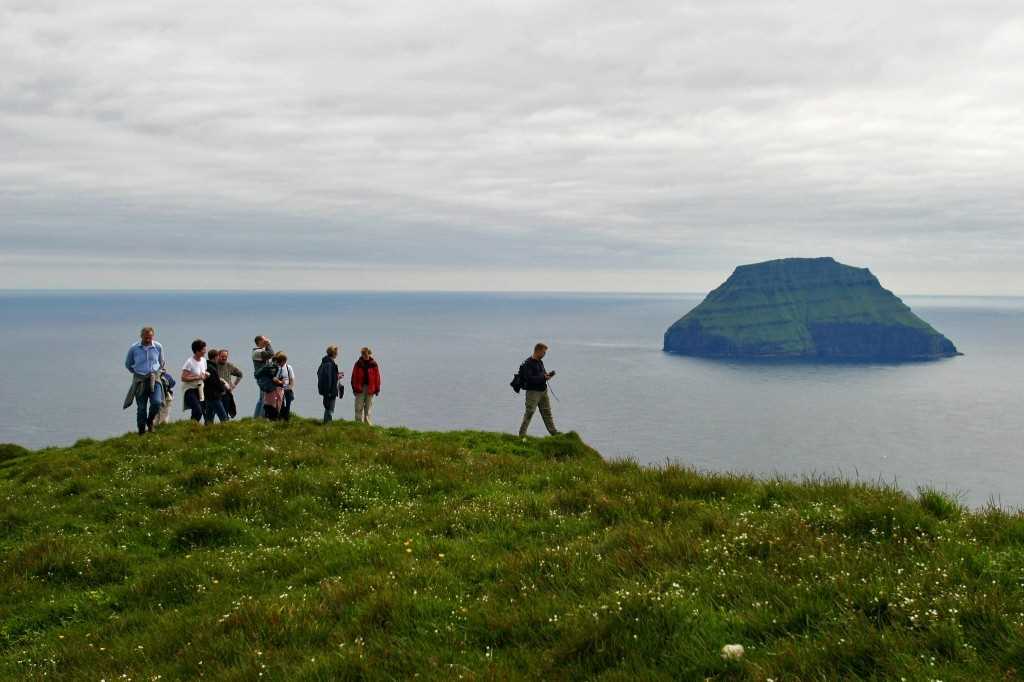 An island for yourself

One of the eighteen islands is inhabited by just one family. Because anchoring a boat here is often too dangerous in the rough seas, a helicopter service has to be used for travel to and from the island. But she never feels isolated, says Eva from Dímun, the smallest inhabited island of the archipelago. She runs a farm with her family, raising sheep and cows, and making a living from such products as beef and lamb, sheep skins, milk and handicrafts made from horns and bones. Nature dictates the rhythm of each day, with the family working in harmony and closely connected to the earth. What has been a traditional lifestyle for Eva and her people for hundreds of years, can be a meditative retreat for the traveler, who is welcome to stay at her guesthouse.

Due to the whims of nature, life seems slower here, but this unconventional lady is not willing to accept any schedules or departure times. Eva shakes her beautiful, thick hair and beckons you to follow – on sunny days it may be a hiking trip in the midst of dramatic landscapes, along traditional paths that once served as ancient communication routes between villages. Before roads were constructed, people walked between the various villages to gather at the nearest ting*, to buy and sell goods, or to attend church services- christenings, weddings and the last journey – in a coffin. These ancient paths are marked by cairns, so that hikers past and present would not lose their way. 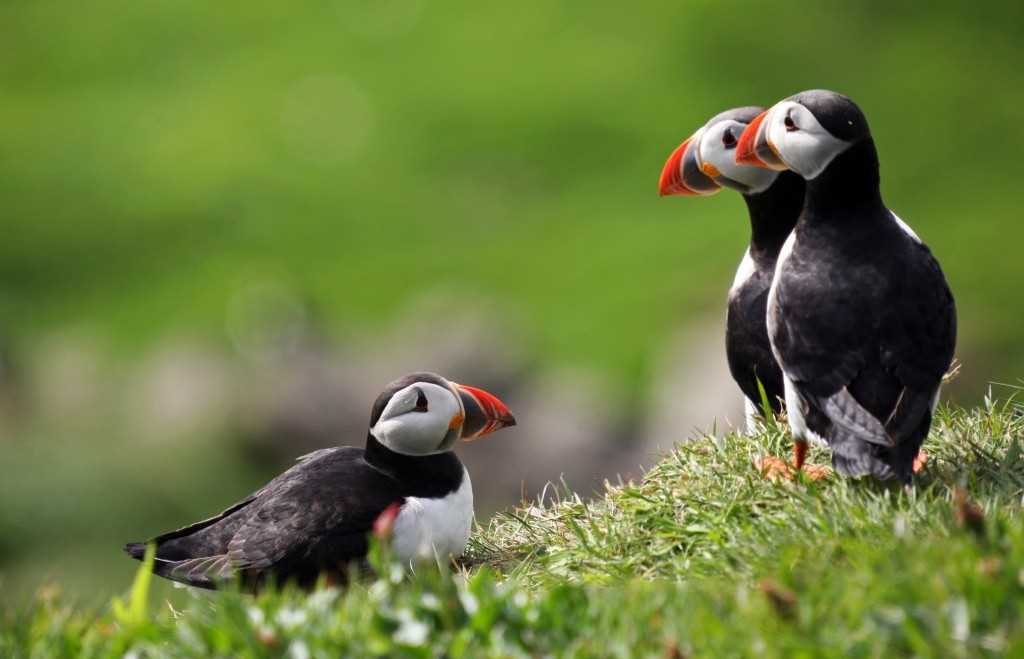 Maybe Eva will invite you to go bird watching in places like the island of Mykines, to discover its thousands of puffins, gannets, guillemots and other seabirds. You can get quite close to the birds either by excursion boat, or by walking the majestic cliffs. The Faroe Islands’ remote location serves as a magnet for migratory birds. Around 300 bird species have been recorded in the islands, but only about a third of these are regular migrants or breeding birds. Another 200 species are rare migrants and new birds are added to the national list every year. The Faroe Islands are among the lessor known destinations in Western Europe for birdwatching in spring and autumn. Explore one of the lively towns, like Tórshavn, one of the smallest capitals in the world, with its 4-star hotels, 5-star conference facilities, thriving music scene, designer shops and excellent restaurants that combine the freshest local ingredients in imaginative ways – fish, lamb, puffin, seafood and mountain herbs. The carefully restored houses with their characteristic grass roofs, white framed windows and black-tarred cladding show up as colorful dots on the hillsides, greeting all those who arrive by ferry with a most welcoming panorama. 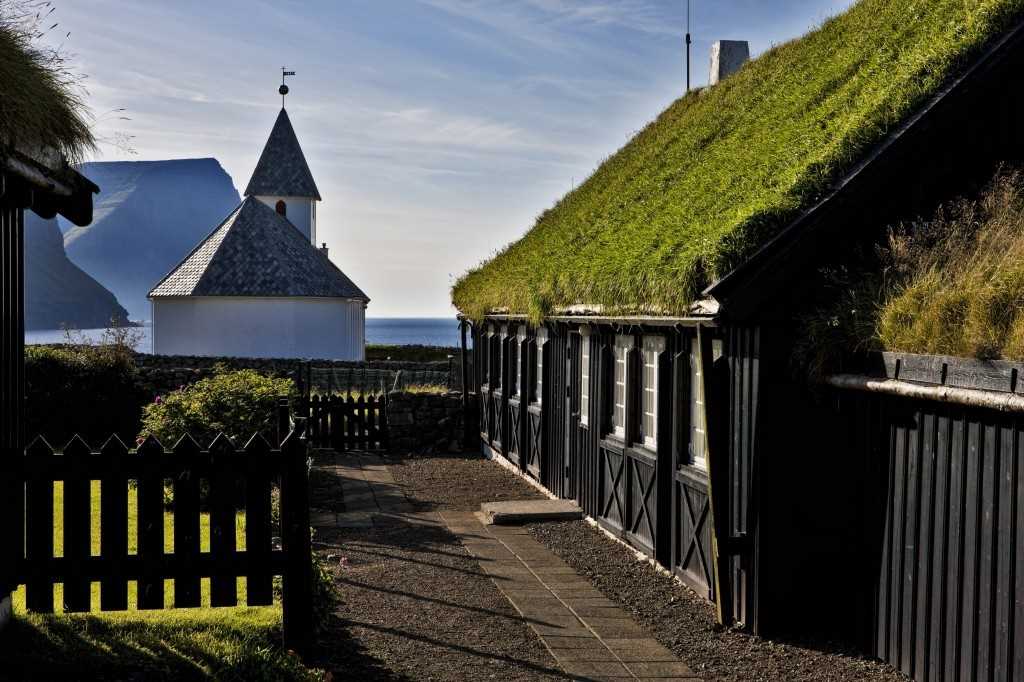 (Evidently the word is ‘ting’ in Faroese…, so I thought that should be used instead of the Icelandic version of the word)