The Harpa Concert and Conference Centre opens to wide acclaim 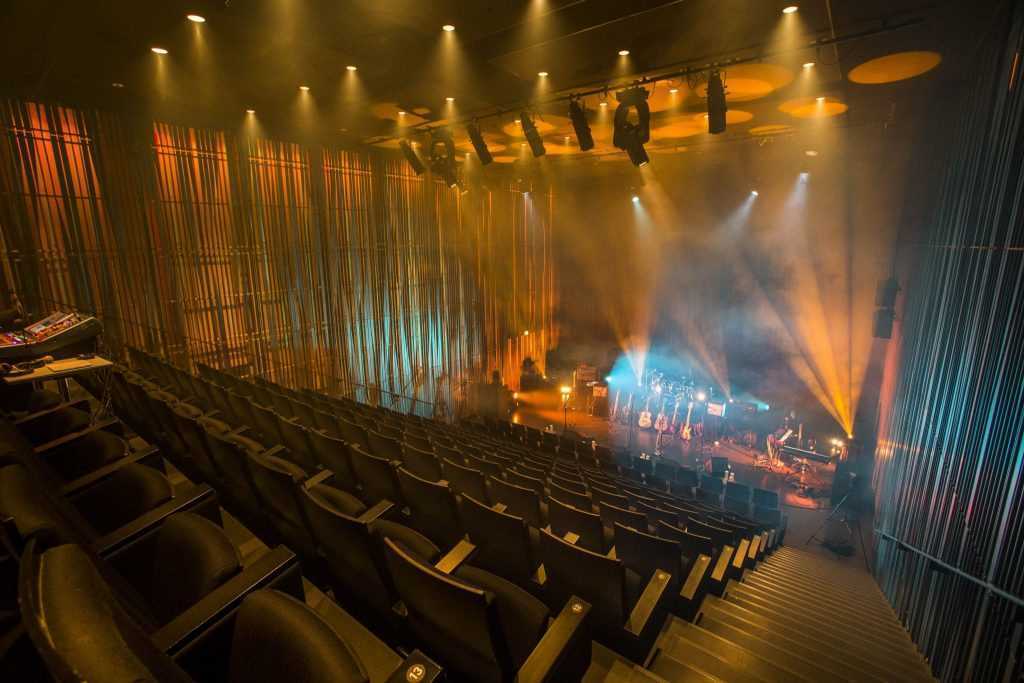 The Harpa Concert and Conference Centre opens to wide acclaim The opening of a new concert hall in any country is a very prestigious event. It never ceases to amaze people that a country of 300,000 people – that’s a country, not a town or a city – can have such a rich cultural life. Art galleries abound, theatres, schools for each of the performing arts and now, the jewel in Reykjavik’s crown: the new concert and conference hall complex, situated right on the waterfront by Reykjavik’s harbour. The spectacular glass building would not be out of place in one of the world’s largest cities but for it to be in Iceland’s capital, with a population of under 120,000, is all the more remarkable and testament to the emphasis this country puts upon the cultural aspects of life. The unique glass façade was designed by Ólafur Elíasson and Henning Larsen Architects and consists of quasi bricks inspired by crystalised basalt columns, such as those found at Skógarfoss waterfall. Natural light is a key element in the design as the changing daylight alters the reflectivity and colours of the glass. At night, when the façade is lit, the whole building glows dramatically against the background of the harbour and, across the bay, the mountains of Esja. The radical design extends to each of the four halls, whose names correspond to the elements of air, earth, fire and water. Eldborg or ‘Fire Castle’, named after the famous volcanic crater in the East of Iceland, is the grand concert hall, seating up to 1800 guests. Representing air, Norðurljós or ‘Northern Lights’ is a smaller recital hall, whose vivid blue decor is equally as dramatic. The colouring can be configured with different themes to create the optimum atmosphere and ambiance. It is an ideal location for conferences, concerts by sinfoniettas, chamber groups, jazz bands or similar performances, receptions and other such events. The hall, situated between Eldborg and Silfurberg can be connected to them for larger events. Silfurberg, representing earth, is Harpa’s conference hall. Its name comes from a crystal of translucent calcite that is rarely found other than in Iceland. It can accommodate up to 750 seated guests. The stage is movable and expandable. The hall can be divided into two parts, each accommodating 325 seated guests, with a soundproofed retractable partition. The hall is very suitable for all types of conferences, receptions or concerts, especially if they are amplified. It is specially designed as a conference hall and features the best available technological equipment. The acoustics are adapted to the spoken word and are configurable. Kaldalon or ‘Cold Lagoon’ representing water, is named after the beautiful blue bay in the West Fjörds. It is the birthplace of one of Iceland’s most celebrated songwriters, Sigvaldi Kaldalóns. This is the smallest of the halls, seating just under 200 guests. Coloured yellow, the scheme can nonetheless be changed to match the theme of the event.  It is well suited for all types of music, as well as for conferences, meetings, film screenings, and lectures with a moveable stage and a floor that can be used as a stage, as well. It features collapsible writing tables and power outlets for use with laptops. What is Harpa actually like? I attended the centennial anniversary of the University of Iceland held in Eldborg. The decor is dramatic in rich red with black trimmings. Even ‘up in the gods’ in the upper gallery, the sound quality was amazing. Every word was crystal clear. A lot of work has gone into the advanced system of controls for the sound quality. The seating is very comfortable. However, the experience is not just in the hall. There are large, open areas on each floor for socialising, flowing staircases with ingenious small lounges set at different levels along their length – and then, there is the view. Part of Harpa is built out into the harbour. This is where its glass façade comes into its own, with its uninterrupted view over the harbour and bay to the mountain range of Esja beyond. The view in almost any weather is beautiful – and when the rainbows arch over the bay, it is stunning. 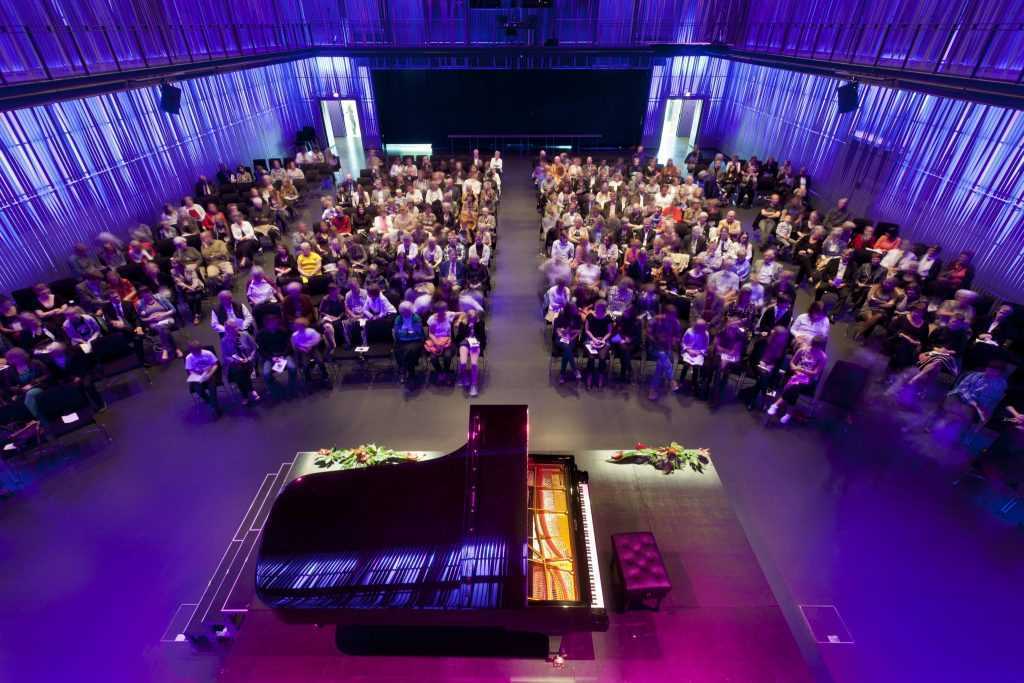 A wide range of events take place at Harpa and performers have included British pop sensation Jamie Cullum; German tenor Jonas Kaufmann; world renowned pianist Maria Joao Pires, violinist and conductor Maxim Vengerov, conductor Gustavo Dudame and the Gothenburg Symphony Orchestra. With the annual Airwaves music festival, Björk and Yoko Ono have received rave reviews for their performances. Upcoming events include ‘You Are In Control’ and Eve Online Fanfest. There is an underground car park, so guests are unaffected by inclement weather and all the services are in the top echelons of such international venues, including a state-of-the-art Business Centre, with high-speed Internet connections and translators’ booths with the provision of headsets, where applicable. There are three quality restaurants in Harpa and, being in the centre of the city, every type of eating establishment is within a five- to ten-minute walk. Already, since it’s opening in May 2011, over 350,000 guests have attended events there – more than the total population of Iceland. As the Opera House in Sydney became synonymous with that city, so Harpa is destined to become an iconic symbol of Icelandic culture.