Landsmót, the famous National Horse Show of Iceland is coming to the horse capital of the North – Skagafjörður. From 26 June to 3rd July, horses from all over the country will be pouring in to compete in Iceland’s most prestigious riding event. Cancelled last year due to a sickness among the horses, the 60th year celebrations take place this year and Skagafjörður make the ideal hosts. All of Iceland’s best horses and riders gather to Landsmót to compete in various disciplines and breeding classes. It is an event like no other and the atmosphere is unique, with guests from all over the world sharing their common enthusiasm for the Icelandic horse.

Exciting competition, beautiful horses, great riders, tingling atmosphere, modern showgrounds, the fun people and the awesome nature  –  all these and much more will make you want to come back again and again. 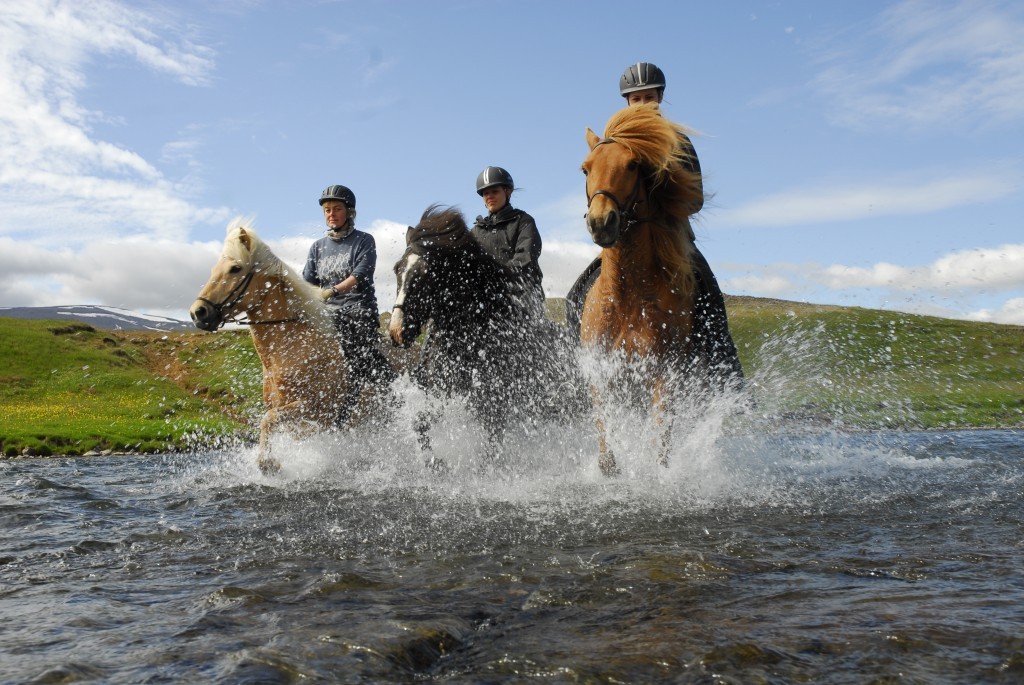 Skagafjörður is an ideal place to enjoy the outdoors with the whole family. It is mainly known as the most famous horse breeding area in Iceland. It is a area of fertile farming and thriving fishing villages. The beautiful fjörd and valley region stretches from the Arctic Ocean to the highlands. In the fjörd itself are two prominent islands, Málmey, with a lighthouse near the mouth of the fjörd and Drangey, in the middle. Drangey offers awesome natural beauty and diverse birdlife. Reykir is the site of Grettislaug, a natural hot water pool. Towards the end of Skagafjörður is one of the largest valleys in the country, surrounded by picturesque mountains. The district is 50km long, divided in two at its southernmost end. Both valleys are called Skagafjörður. However in Saga times, they were known as Goðadalir – Valleys of the Gods.

Skagafjörður is renowned for being one of the ‘cradles of Icelandic history’. Historical sites are many, including museums and exhibits. Drangey was a hideout for outlaws including the legendary Saga figure, Grettir the Strong, for example.

Varmahlíð is a small village where you can participate in an ‘Introduction to the Icelandic Horse’ course with a lecture, horse show and refreshments. You can also go on a riding tour with a well-trained Icelandic horse. Skagafjörður is also one of the most important areas for river rafting in the country. Booking information: Hestasport Adventure Tours – Tel. 453-8383 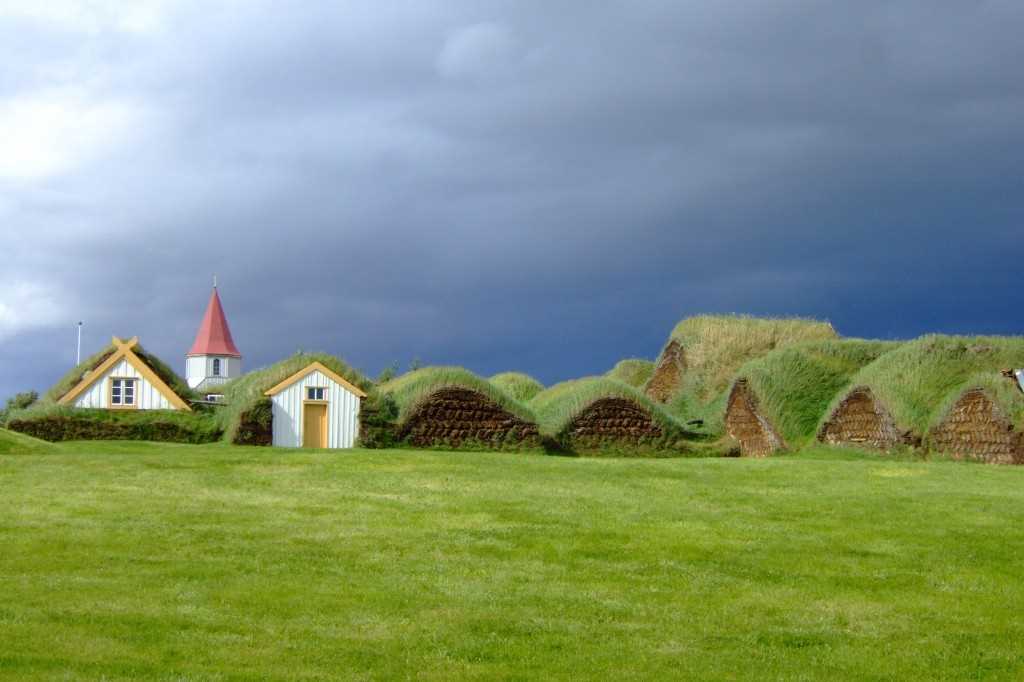 Glaumbær (located on Road 75 some 9 km north of Varmahlíð), is an old manor with turf buildings in traditional style, some parts of which date back to the 18th century. Within the original buildings, everyday tools are displayed in their natural environment. In Áshús, a 19th-century wooden house, is a coffeehouse and museum store, so visitors can absorb the historical atmosphere while tasting delicious breads and pastries baked in traditional Icelandic fashion. Glaumbæjarkirkja church is also well worth a visit. Finally, there are several monuments on the site, including one to Guðríður Þorbjarnardóttir, the first European woman to sail to America and who gave birth to the first American of European origin. She lived at Glaumbær in the 11th century. 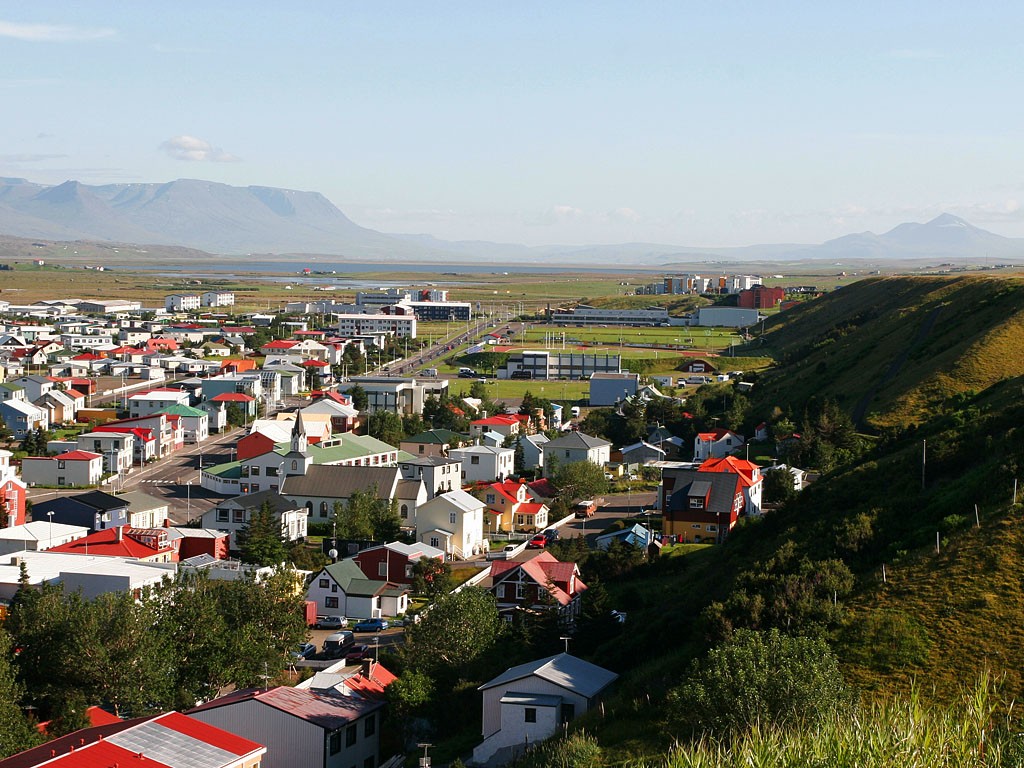 Nearby Sauðárkrókur is the second largest town in northern Iceland with a population of around 2,600 on the site of an old trading post around 1870. The exhibition centre at Adalgata hosts an exhibit of the old workshops and above the town is a viewing platform providing wonderful views of the old town, the countryside and the fjörd. The 9-hole golf course is considered one of the best in Iceland. The town’s name is derived from the river Sauðá (Sheep river) krókur (hook) i.e. Sheep-river-hook. In the Sauðá valley is Litli Skógur (little forest), which has wonderful walkways through birch and beech trees and is a lovely place for a picnic. 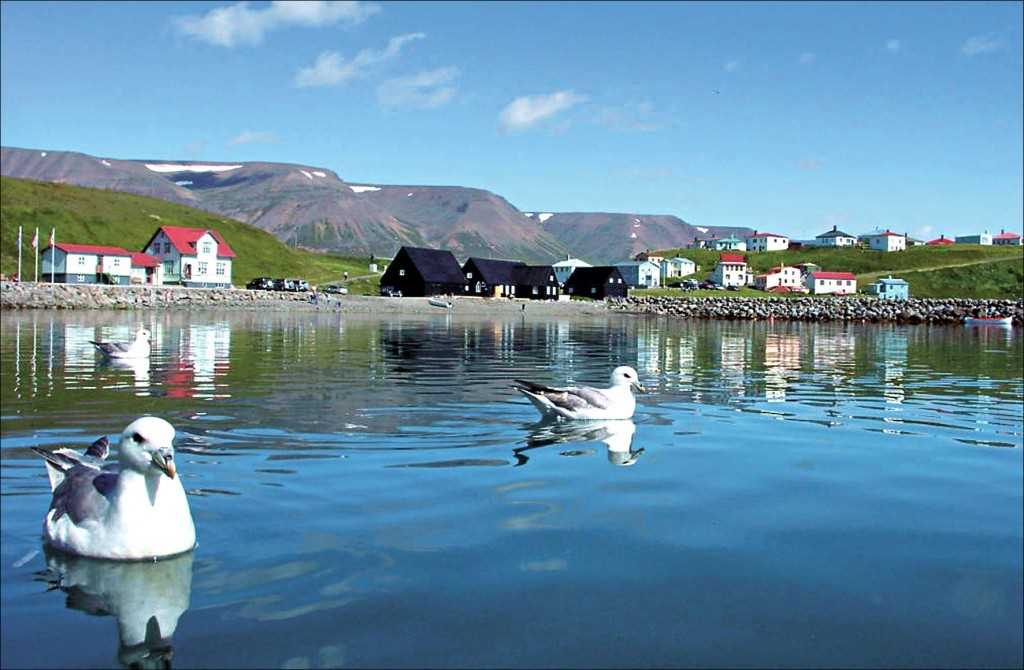 On the eastern shore of Skagafjörður is the little village of Hofsós, one of the oldest trading centres in Iceland. The lower town near the harbour has a particularly cosy atmosphere.Here are two interesting museums: The Icelandic Emigration Centre, a museum and information centre focusing on the mass emigration of Icelanders to North America in the 19th century and Pakkhúsið, a timber warehouse from the days of the Danish trading monopoly, now restored and housing a small regional folk museum focusing on the island of Drangey. Just below the town at Staðarbjargavík are the amazing basalt formations which can be found on the coast. The capital of the elves in Skagafjörður is said to be located in this area. 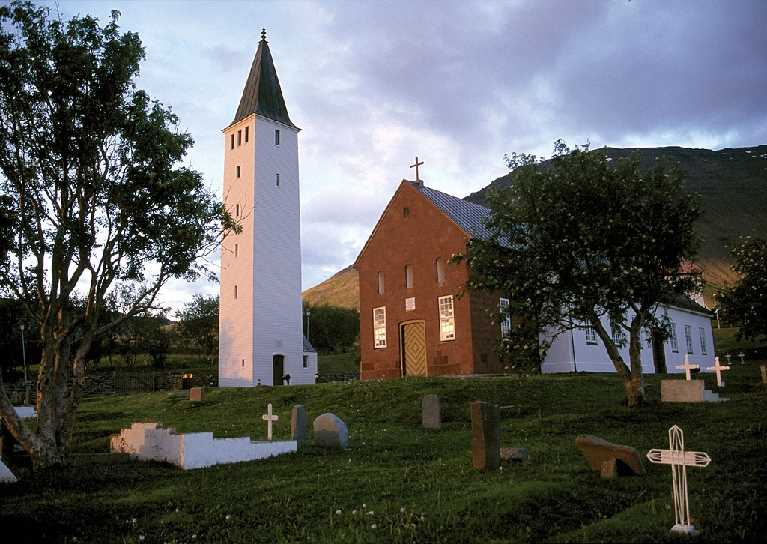 The ancient bishopric of Hólar in Hjaltadalur is one of the most famous historical places in Iceland, founded in 1106. See the article in this issue dedicated to this special site.

It is often said of Iceland that the country has an artistic soul. Skagafjörður is renowned for its rich musical life and especially, for its singing and very active choral activities. The two most famous choirs are the men’s choir Heimir, the mixed choir Rokkurkórinn. Singing and horses are synonymous with Skagafjörður!