Bring together a Viking farmer, a German brewer, pure Icelandic spring water and the innovation that Vikings are famous for and you have an award-winning phenomenon: a range of unique beers from one of Iceland’s youngest breweries. Based in West Iceland, not far from the town of Borgarnes, the Brugghús Steðja brewery produces a whole range of beers, some of which are designed for specific seasons. They are not bound by traditional recipes but have come up with highly un 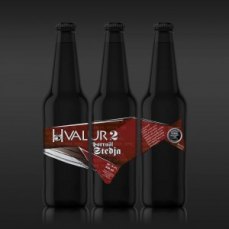 usual creations that have to be tasted and savoured.

Take, for instance, the Easter beer that counts cocoa and Icelandic seaweed as ingredients; Summer beer that uses New Zealand’s citrus hops; Strawberry beer that is made with pure strawberries; October beer, a bock style of beer made with pumpkin seeds from Austria or the Christmas beer and Icelandic Northern Lights beer – very dark, malted beers with licorice, fitting for the dark nights of winter. 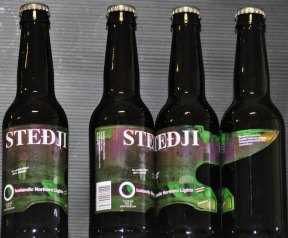 Another seasonal beer, with its own unique flavour, is the Hvalur 2, specially brewed for the Thorri season in February. Pagan Vikings celebrated during these dark days with a festival honouring Thor, the mighty god of thunder. It’s a festival that has been passed down through history to the present day. Icelanders eat ram’s testicles, soured whale fat, fermented shark and other ‘delicacies’ during this month at parties held throughout the country.

The Hvalur 2 beer is brewed with similar ingredients to provide a unique taste for this equally unique festival. The company takes fresh testicles from a fin whale, smokes them in the traditional Icelandic way, using dried sheep dung, with one testicle in each brew. This gives the beer its own special flavour – as well as a slightly meaty taste. 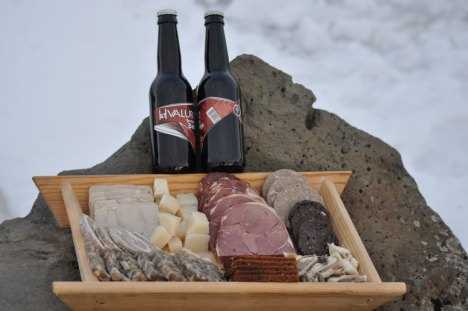 So unusual is this beer that the company has received orders from all parts of the world for it. Some believe its ingredients are like a natural viagra, producing positive effects on an individual’s sex drive and potency. If proven true, Iceland will have to embark on a rapid fin whale breeding programme! Judging from the demand for the beer, they had better start soon. Smart entrepreneurs are advised to contact the company right away to ensure their supply. As any connoisseur of beer knows, the whole experience is important. The bottle and the label set the stage for the climax. The labels are designed by an award-winning designer. The label for Hvalur 2, for instance, is in the shape of a whale and, on the back is a poem from the Hávamál, one of the ancient Viking poems.

These tasty, unique beers can be found at the Icelandic ‘Vinbúðin’ or wine shop and at selected bars in Iceland. The company also ships worldwide to individuals, companies, hotels and restaurants. Nothing creates interest more than an Icelandic beer in the heart of China. -ASF 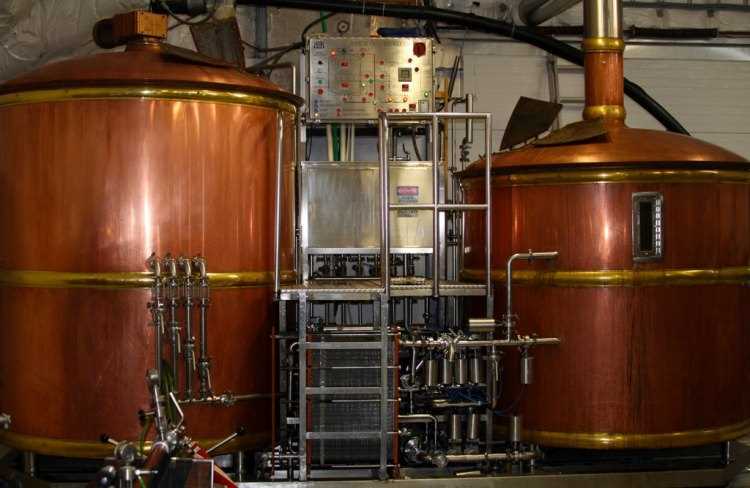