It’s a happy tale of how two villages, separated by huge mountain ranges were joined together. Miles and miles of intimidating and bold-faced mountain peaks, stretch out as far as the eye can see and stand between Siglufjörður and Ólafsfjörður, two small fishing villages on the very northern peninsula of Tröllaskagi, in North Iceland.

Although it is only 17 km as the crow flies between the villages, the geography of the area dictates a 62 km detour around the mountains in summer and a 260 km detour in winter! One can only imagine the challenges of transportation, communication, safety and a host of related issues that residents of these remote fjords have had to contend with all their lives. 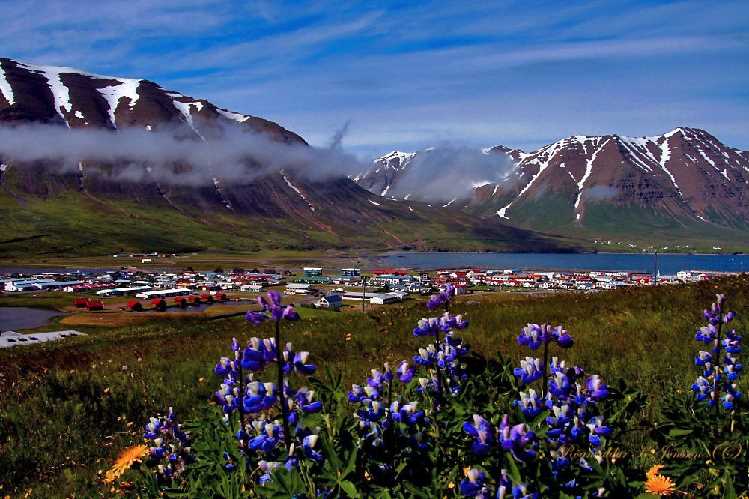 But no longer! In 2003, after much back and forth discussion and negotiation, plans for a tunnel connecting the two villages were finalised, making it the most ambitious project ever undertaken by the Icelandic Road Administration. Then, in 2006 the residents of the two communities voted to merge into one municipality, under the name of Fjallabyggð. The tunnel, or shall we say, tunnels, as there are two of them, are 11 km in combined length and already have had an huge impact on residents of the now-unified villages. The official opening of the tunnels took place in October 2010.

Héðinsfjörður is between the villages. It is a beautiful area for hiking groups. There are many hiking trails from Héðinsfjörður to Ólafsfjörður and Siglufjörður.
Life in Tröllaskagi has been forever transformed and the community has felt its effects already. According to Sigurður Valur Ásbjarnarsson, mayor of Fjallabyggð, the merging of the two municipalities would not have been possible without the tunnels. The residents of the two previously separated towns can now enjoy richer cultural, educational, and employment opportunites, and the tunnels will provide better and more varied services in tourism and business. 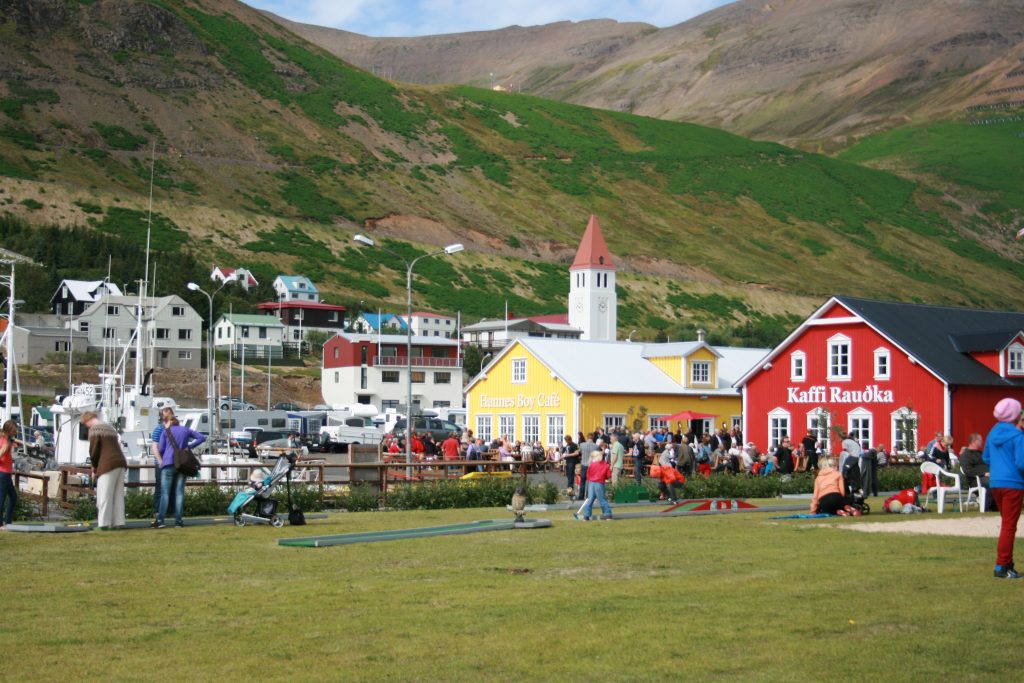 The Rise and Fall of Iceland’s Herring Boom
Possibly one of the best, if not the best museum of its kind in Iceland, Siglufjörður’s Herring Era Museum has a creative and entertaining way of bringing the subject of herring to life. The museum was awarded the Micheletti Award for the best new industrial museum in Europe in 2004. Spread out over several buildings, the exhibits revisit Iceland’s golden age of herring that lasted from 1867 to 1968 and had an enormous impact on Icelandic society and economy. Lively theatrical performances depicting life and times from the Herring Era of the 1950’s are scheduled every Saturday in July. It is open from 10.00 to 22.00 between 12th June – 18th August, and 13.00 to 17.00 in Spring and Autumn.
See: www.sild.is

Music in their Bones
Another gem in Fjallabyggð is the Folk Music Centre, which opened in 2006 in Siglufjörður. Music has always played an important role in the everyday lives of Icelanders which continues to this day. The museum is located in one of the oldest houses in Siglufjördur, where the 19th century Rev. Bjarni Thorsteinsson lived from 1888-98. Bjarni was an avid collector of Icelandic folk music, a talented composer and is considered by many to be the ‘father of Siglufjörður’. Since 2006, the Folk Music Centre in Siglufjördur has organised a Folk Music Academy to coincide with the Folk Music Festival held there in the beginning of July every year.
See: www.folkmusik.is

The Red, the Yellow and the Blue
The unmistakable bright red, yellow and blue buildings on the Rauðka Marina serve as the main gathering place and landmarks in Siglufjörður.  Named after a well-known local sailor, the Hannes Boy Café, with its cosy rustic ambiance is reminiscent of the glory days of the herring era. Opened in 2010, Hannes Boy Café is actually a brand new restaurant serving quality food at reasonable prices and using the best local ingredients, as much as possible. Right next door, the Red House Café & Bar has just opened and is the place to enjoy light lunches, a glass of wine, and live music. Finally, the Blue House, also on the marina, will serve as a gallery hosting the works of local artists.
See: www.raudka.is 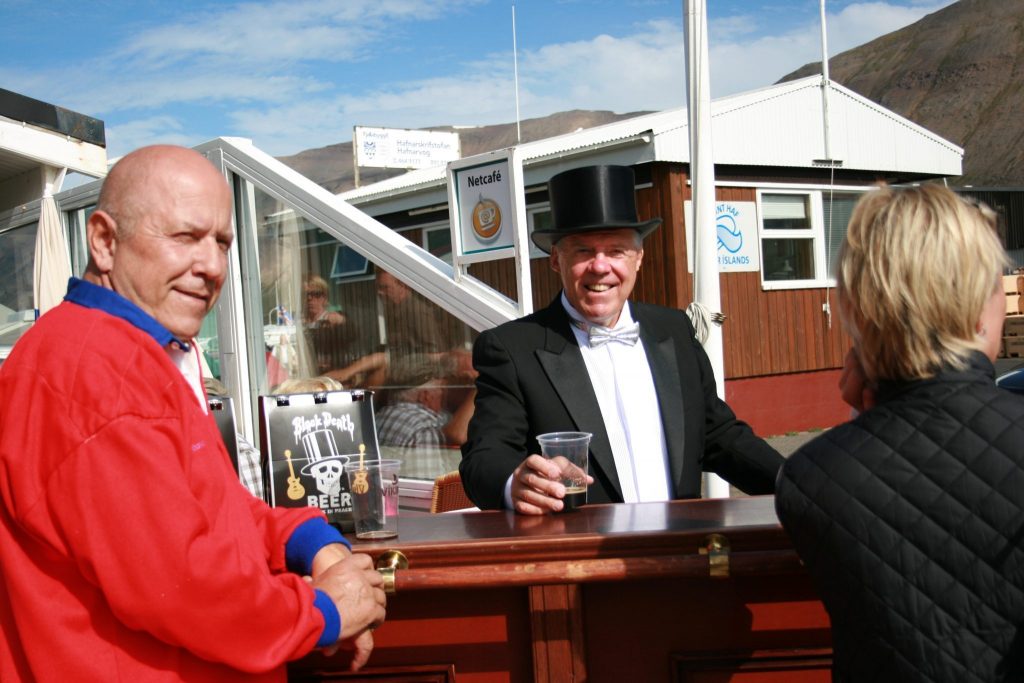 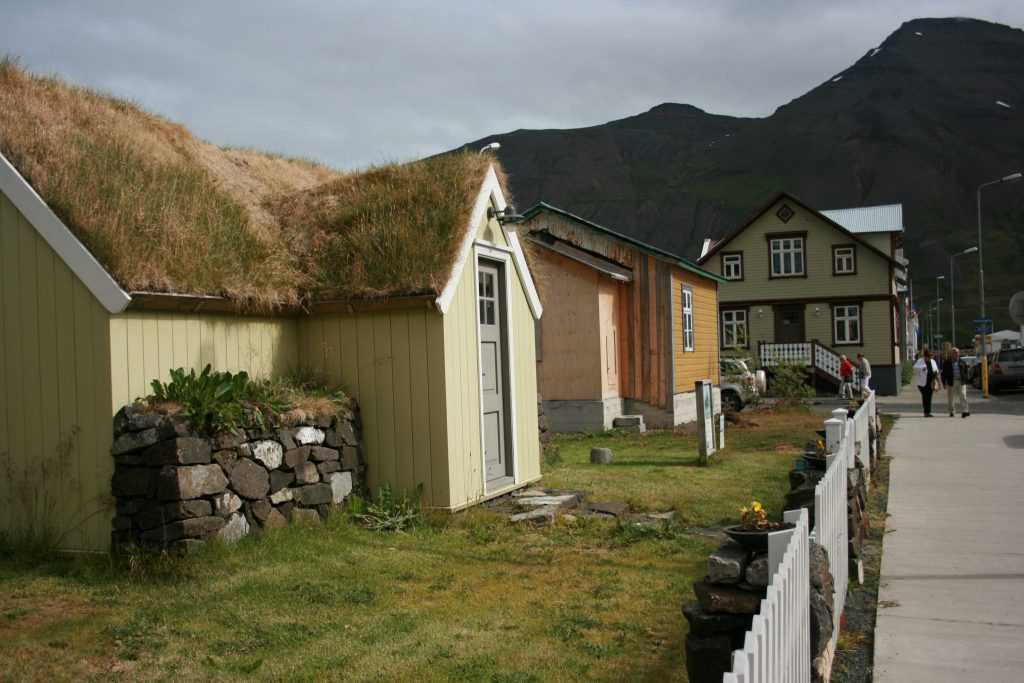 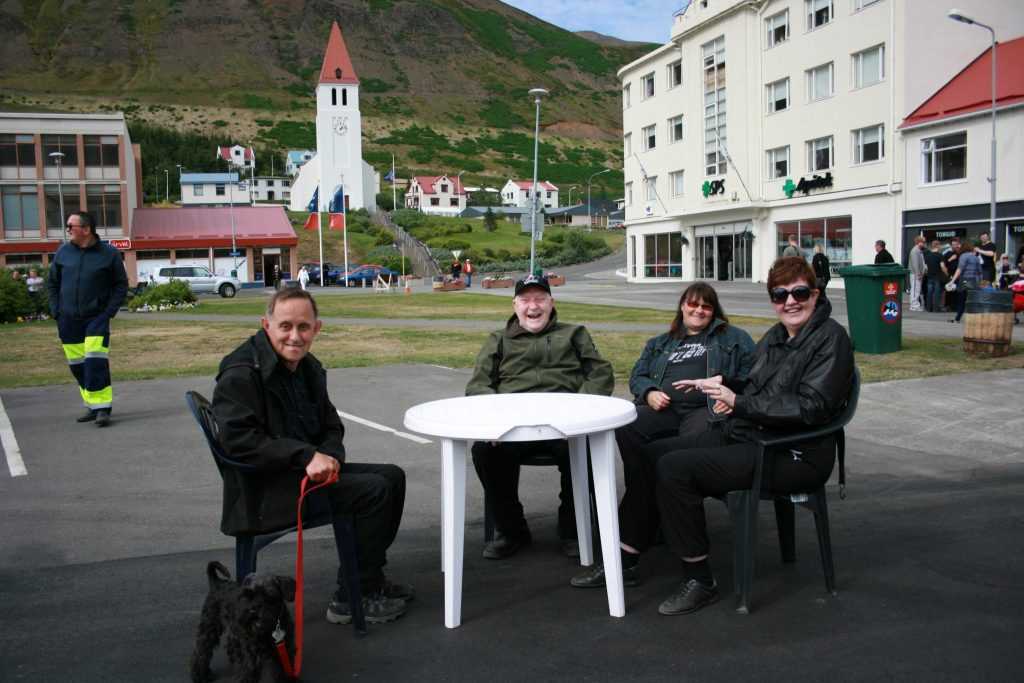 Poetry Centre
The Poetry Centre opens in Siglufjörður on 8th July this summer where you can read poems by major Icelandic poets and in the future, also poems by foreign poets. 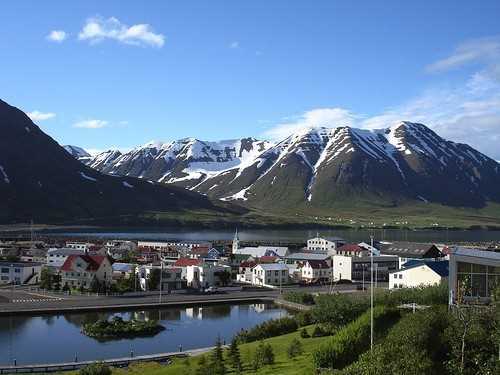 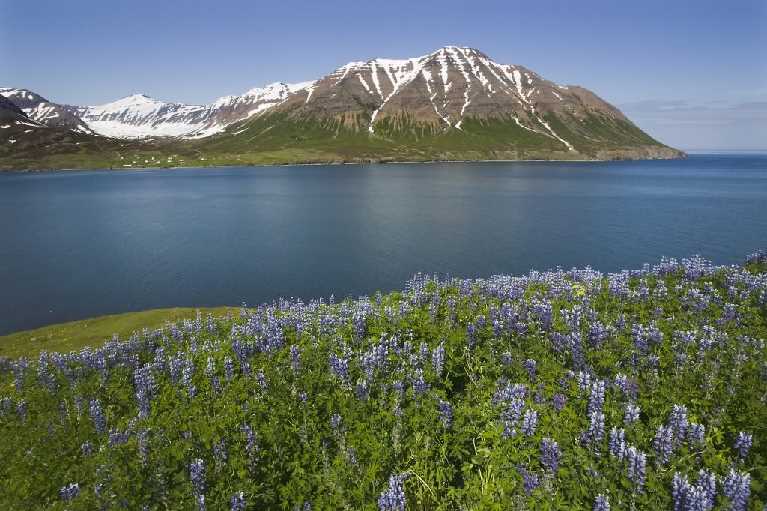 Whale Watching in Olafsfjörður
Exciting new developments in whale watching are now on the horizon for North Sailing, one of the leading whale watching companies in North Iceland. In early June 2011, the well-known company began offering its tours from Ólafsfjörður as well. Its traditional oak boats just add to the authenticity of your journey out on the open

waters of the Arctic Sea, where the chance to spot various whale species is optimal.
See: www.northsailing.is

Natural History Museum in Ólafsfjörður
A fascinating place for adults and children alike, birds are the primary focus in the museum. However, there are several other stuffed animals such as a goat, polar bear, arctic foxes, along with fishes and crabs. 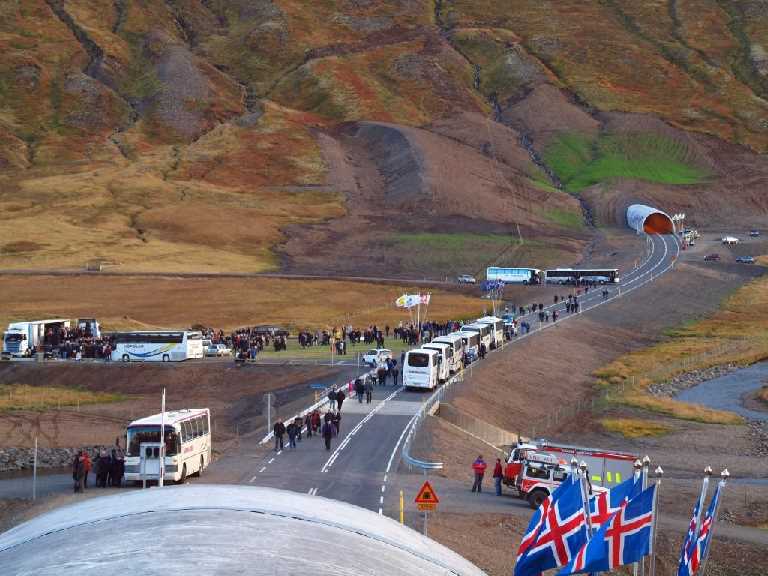