The first day of the eruption

The first day of the eruption

The eruption in Geldingardalur, which began five months ago, on 19 March 2021, is the second-longest eruption in Iceland in this century. The eruption in Holuhraun lasted a month longer or half a year. The Fagradalsfjall’s eruption doesn’t seem to be ending any time soon, so that it could break the Holuhraun record. In the last 200 years, only four eruptions in Iceland have lasted longer, Surtsey in 1963, and then the Hekla eruptions in 1947 and 1845. Now over 25 million people have watched the eruption live. The picture is one of the first I took of the eruption, where I was sitting a few hundred meters from the crater. It did not occur to me then that this special eruption, only half an hour away from Keflavík Airport, would last for weeks, months, even years or decades. Who knows? None. 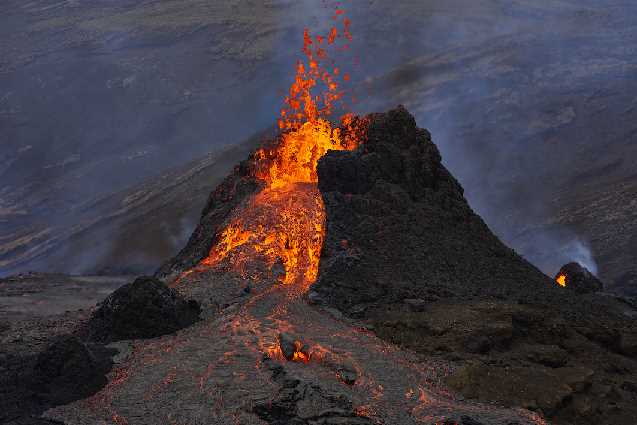 The first crater, just over a day and a half after the eruption began.