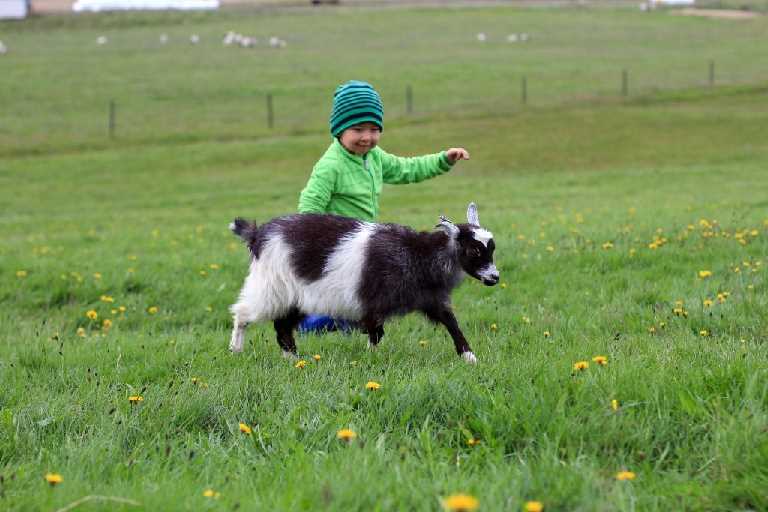 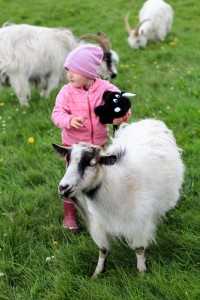 The Icelandic goats at Háafell in Borgarbyggð are the oldest and purest goat stock found in Europe today. Their arrival dates back to the Settlement of Iceland, around 930 AD. For centuries, they were the main source of food for the islanders but, due to a long climate cooling period during the Middle Ages, they were replaced by sheep with their coarse wool being better suited 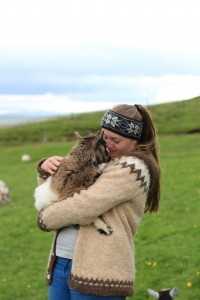 for long periods of freezing cold weather. Since then, the emphasis has been on the sheep, resulting in the goats becoming nearly extinct in Iceland. Today there are only 800 in the country, so they are still an endangered species.
The farmers at Háafell, Jóhanna and Þorbjörn, were running a traditional Icelandic farm with cows and sheep until 2000 when they decided to focus solely on goat farming, after working to increase their goat herd for eleven years. In 1999 they had adopted the last four goats without horns left in Iceland, which contributed to their decision.
“The goats are very likeable, playful and more like pets than lifestock,” says Jóhanna. From her stock, she makes ointments, soaps and fine cashmere wool; from the skin, inner soles, hats and cases for cognac flasks. Then, in the autumn, she sells the goat meat—which is as rich of protein as beef and has as little fat as chicken.
Another attraction at Háafell is Jóhanna’s Rose Garden. With 180 types of roses – which is no mean achievement in the harsh Icelandic climate, along with lavender, violets and herbs and grasses from the moor – she makes bath-salts and scrubs. Her little homestead shop is both interesting and original. –SS