Hikers walking along Lava Falls on a Glacier

Hikers walking along Lava Falls on a Glacier 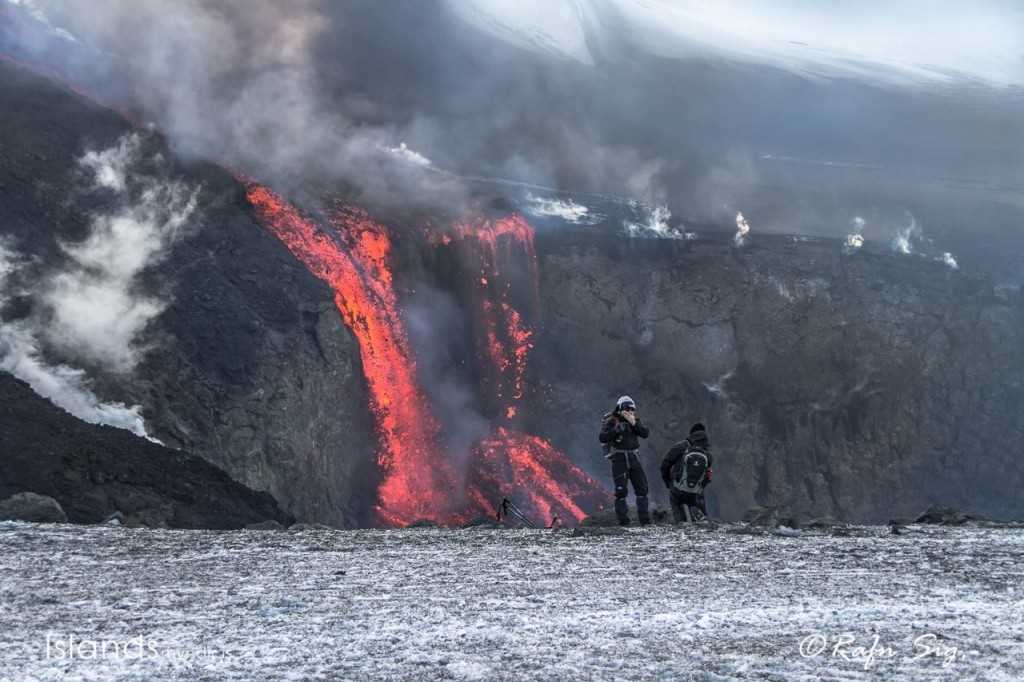 On 20 March 2010, an eruption of the Eyjafjallajökull volcano began in Fimmvörðuháls following months of small earthquakes under the Eyjafjallajökull glacier. The eruption began around 23:00 and opened a 0.5 km (0.31 mi) long fissure vent on the northern part of the pass. Just over a week later, the Fimmvörðuháls eruption produced a 300-meter (980 ft)-long fissure and new craters were seen erupting on a northward path toward the area of Thórsmörk, a popular tourist nature preserve, prompting tours to stop briefly as volcanologists assessed the situation further. The two new craters at Fimmvörduháls were named Magni and Móði, after the sons of Thor, the Norse god of thunder. It is an apt name because Thórsmörk is close to the craters. The new lava field was named Goðahraun, because the lava streamed in the area Goðaland. These official names were accepted by the Minister of Education and Culture 15 June 2010.