Húsavík is the largest bay in Víknaslóðir, between Borgarfjörður Eystri and Loðmundarfjörður in the East Fjords. Þorsteinn Kleggi settled there, and the story goes that the people of Húsvík came from him before the settlement was deserted just before the Second World War. Just before, in 1937, the people of Húsvík built a beautiful small church in the bay. In centuries past, Húsavík was considered a great place to live. It had four farms, and there was good fishing and beaches for grazing. However, it is next to impossible to maintain modern transport to the bay. Today, it is mostly hiking groups that come there in the summer to explore Víknaslóðir, one of the greatest nature pearls in Iceland. Margrét the rich, who owned Húsavík in the 16th century, called Húsavík the fat and ugly bay. That name is a misnomer because Húsavík is beautiful, with unique mountains surrounding the bay. 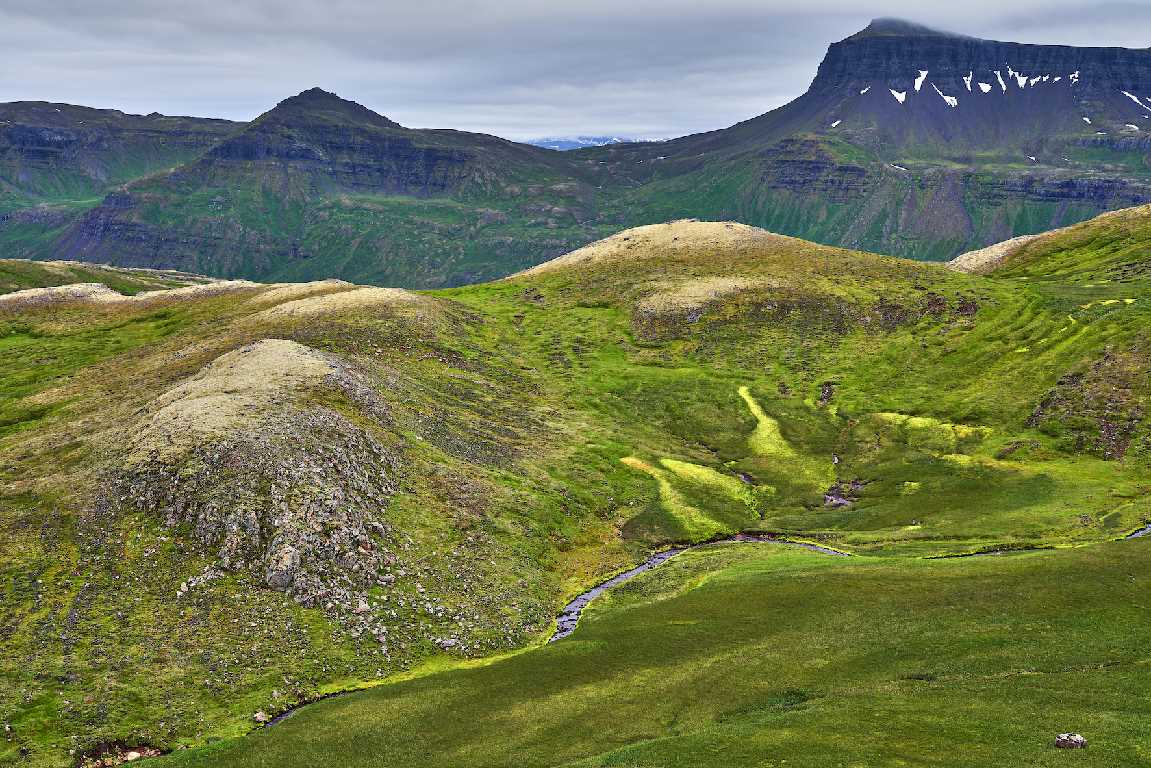 Looking south to Húsavík. Skælingur and Nónfjall are in the background. 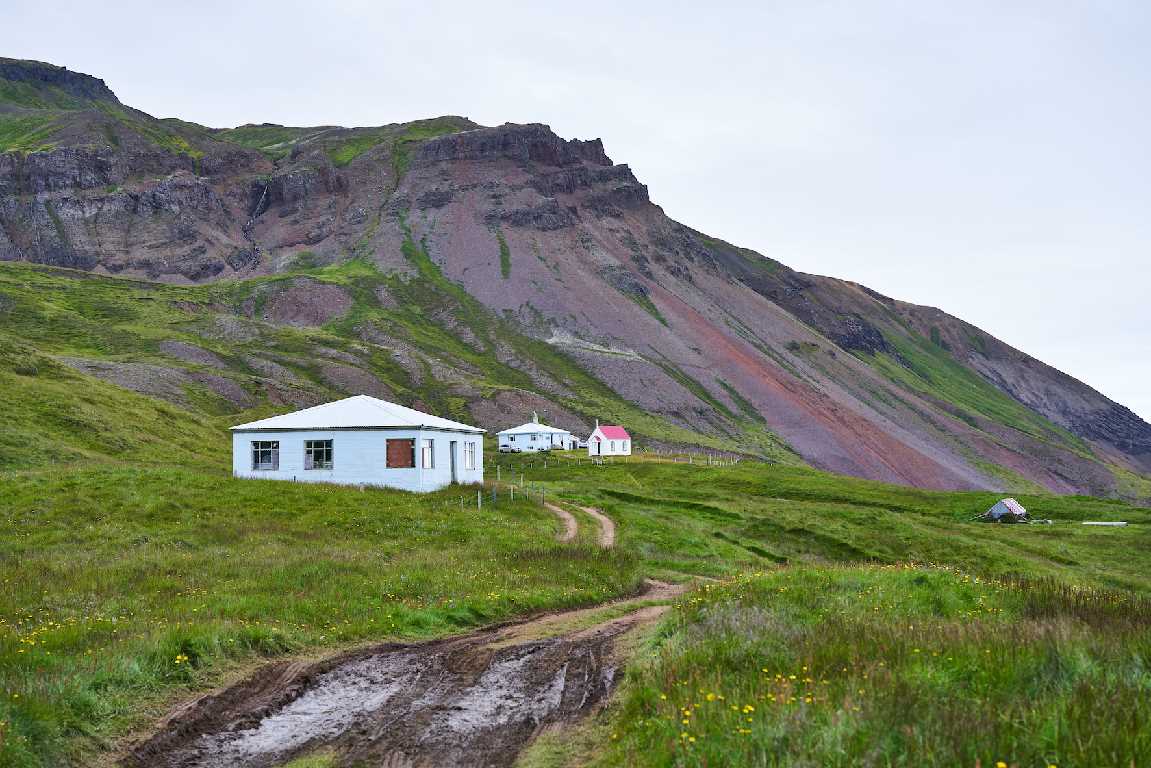 The church is in the middle of the deserted settlement in East Húsavík.