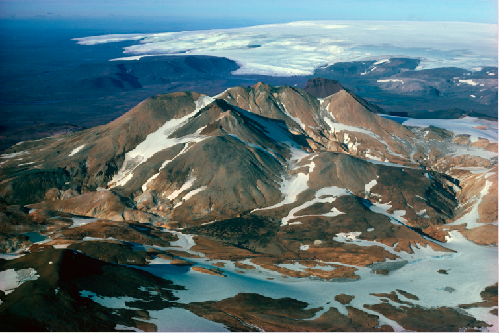 Iceland’s third largest glacier is home to its fifth highest peak – situated in the west of Iceland’s highlands and reaching 1,765 metres (5,791 feet) at its peak. It is an almost perfectly round icecap of around 40 kilometres in diameter. The glacier is the source of several large glacial rivers, including Iceland’s longest river, Þjórsá.
Photo: Björn Ruriksson