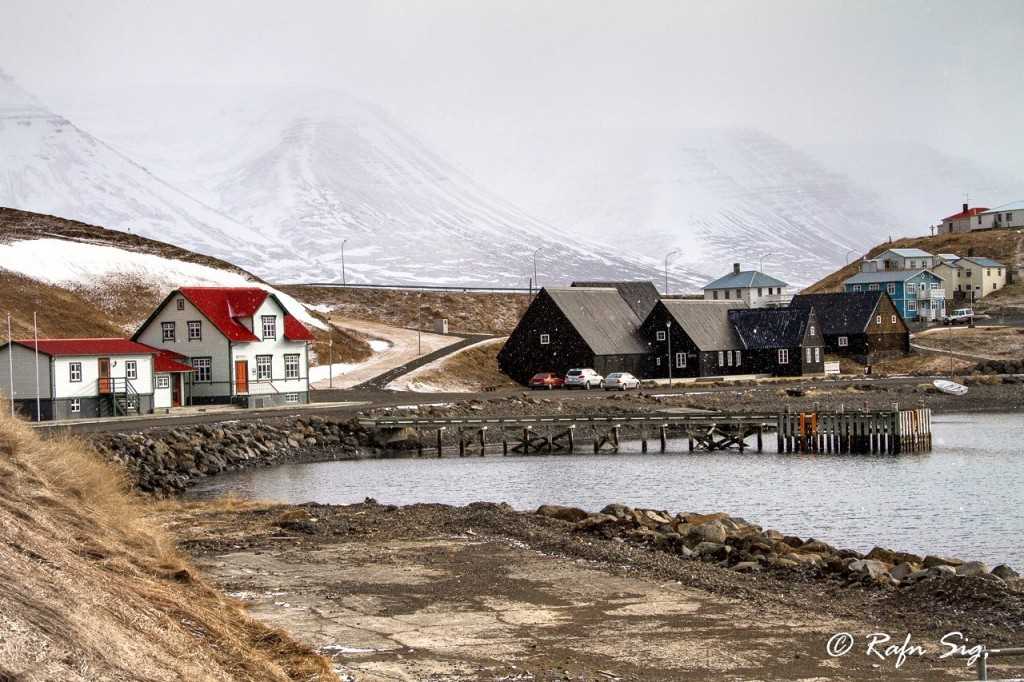 Hofsós is one of the oldest trading ports in northern Iceland dating back to the 16th century.Hofsós, with a population of about 200 individuals, is located 37 km east from Sauðárkrókur.The economy has been based mainly on the fishing industry as well as services to the neighboring farms. This was largely due to its natural harbor. In recent years Hofsós has built itself up as a tourist attraction and has The Icelandic Emigration Center (Vesturfarasetrið á Hofsósi), dedicated to the westward migration to North America of Icelanders that reached its peak at the start of the 19th century. The Drangey Exhibition is in Pakkhús, the Hofsós warehouse built in 1777, during the time of the trading monopoly. Massacre hill farm (Mannskaðaholl) at the south end of Lake Höfðavatn, is named for the massacre of English marauders, which took place there in 1431.Other services offered are accommodation in guesthouses, a restaurant, coffee-house, and a camping site. There are also pleasant walks along the shore with good examples of hexagonal basalt columns. Thorðarhöfði headland rises like an island some distance from the main shore. It is connected to land by low sandpits impounding a considerable lake with rich bird life and good trout fishing.