Iceland’s Museum of Natural History Gets its Crowning Jewel 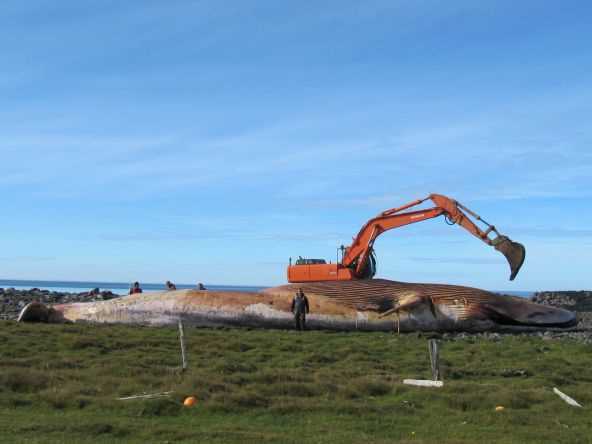 When an Icelander has a bit of good luck and finds or discovers something by chance that benefits him greatly, you’ll often hear the word ‘hvalreki’ – which literally means ‘beached whale’. It’s a rare occurrence that, in olden times, could even feed an entire village through the long and harsh winter and was valued accordingly.
When a 24-metre (80 feet) long blue whale was found beached in the North of Iceland in 2010, it turned out to be a ‘hvalreki’ in both meanings of the word, as such a large and intact specimen has not been previously found in Iceland and will undoubtedly be one of the most popular items of Icelandic Museum of Natural History.
In 2014, the museum will be relocated to the grand Perlan building, a revolving mirrored dome on top of five giant water tanks, offering views over the  whole capital area. 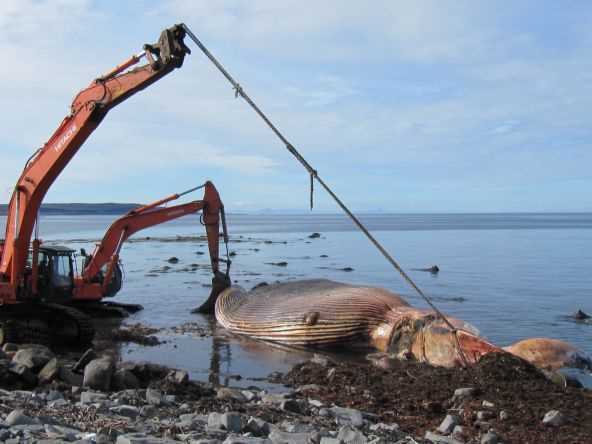 The Crowning Jewel
The blue whale is thought to be the biggest animal ever to have lived on earth and this specimen is among the largest of those. It weighed around 120 tons and, to give you an idea of the creature’s immensity: its tongue weighed about the same as a full-grown elephant and its heart about the size of a small car.
Dr. Hilmar J. Malmquist, manager of Icelandic Museum of Natural History, says that he sees the blue whale as the crowning jewel in the museum’s future. “It is extremely rare to discover an intact skeleton of this size, as only ten or so beached blue whales have been found here during the past century. Then the carcasses are rarely intact. Some of the bones are, in fact, quite fragile and need to be preserved according to exact specifications which also contributes to the fact that very few whole blue whale skeletons exist around the world,” says Hilmar. The blue whale is also becoming increasingly rare in the world’s oceans, Hilmar explains, as the populations have gone down from maybe two to three hundred thousand a century ago to ten to twelve thousand today. About one thousand blue whales inhabit Icelandic waters for part of the year. 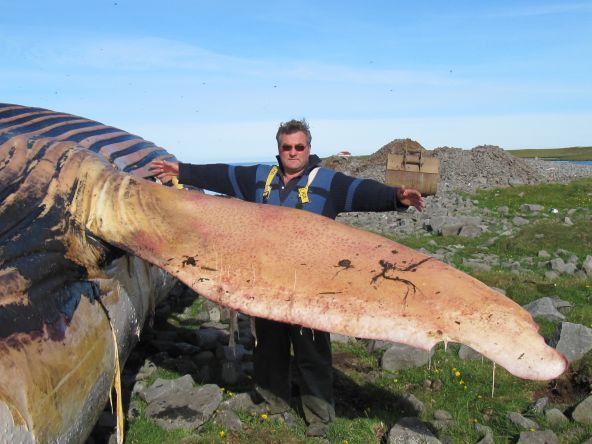 The Museum’s exhibitions have not been fully designed yet, but Hilmar says the Perlan building is perfect for such a large piece. The whale’s head could therefore possibly be positioned on the lowest floor in the open space between the water tanks and the skeleton could reach diagonally up some 10–15 m, almost to the top where the glass dome is. Visitors could thus examine the skeleton on the different platforms on the way to the top. 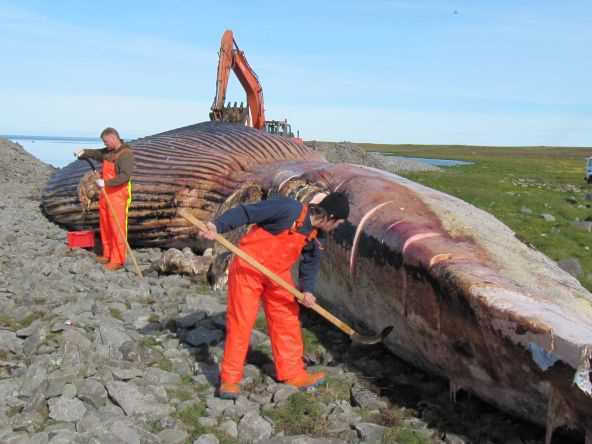 A 124 Year Old Dream Comes True
The Icelandic Museum of Natural History hasn’t really found a permanent home until now. The Icelandic Natural History Society was founded in 1889 with one of its primary goals being the establishment of a suitable home for such a museum in the capital area. Although the natural sciences and nature preservation have been diligently carried out through other institutions, it isn’t until now that the museum has found a fitting venue.  There, visitors will be provided with a detailed and informative insight into Iceland’s nature, while education for all levels and scientific research will be undertaken at the centre.