Landsvirkjun has signed a contract with the consortium of Fuji Electric and Balcke Dürr for the purchase of a 45 MW power generating unit and cold end equipment for the Þeistareykir Geothermal Power Station.

“We are pleased to sign this contract which represents a major milestone in our plans for the development of a geothermal power station at Þeistareykir.  Cost-effective bids were submitted for the project and we welcome the opportunity to sign a contract with such a respected consortium. Preparation measures for the project are already underway and we aim to start power production in the autumn of 2017.” 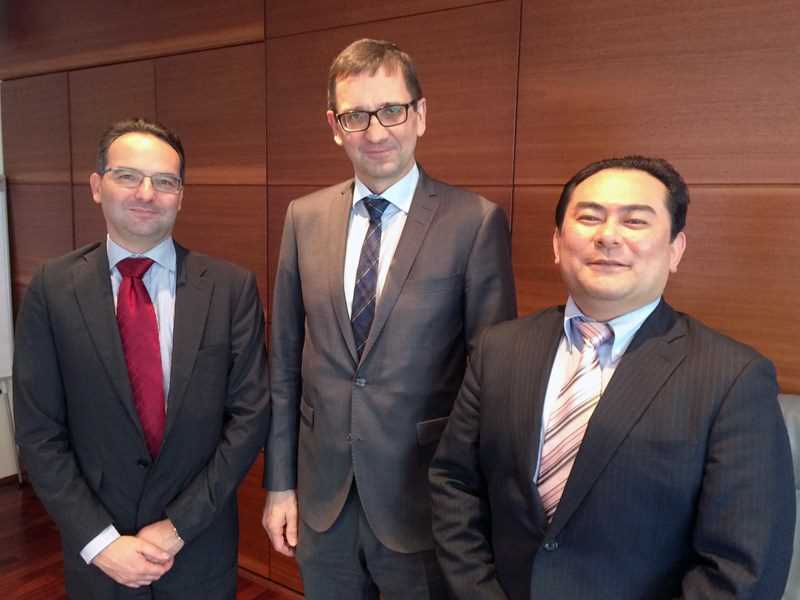 Represents 75% of the cost- estimate

The tender for the project was released within the European Economic Area. Four offers were received and the offer from the consortium of Fuji Electric and Balcke Dürr proved to be the most economically advantageous. The bid represents 75% of Landsvirkjun´s cost estimate for the project. The total cost of the contract is 42 million USD.

The project involves the design, manufacture, and installation of the 45 MW steam turbine and generator (power generating unit) and cold end equipment, with the appropriate replacement/spare parts for the 1st phase of the Þeistareykir power project. The project also includes the option of purchasing an additional 45 MW generating unit for the 2nd phase of the project.

Construction on the power station is estimated to begin in the spring of  this year and on-line power production is planned in the autumn of 2017.

The project schedule includes the construction of a powerhouse, including a facilities building and workshop, as well as two turbine halls. A steam separator station, re-injection system and pumping station for the cold water supply will also be constructed as well as steam pipelines connecting the three current drilling areas.